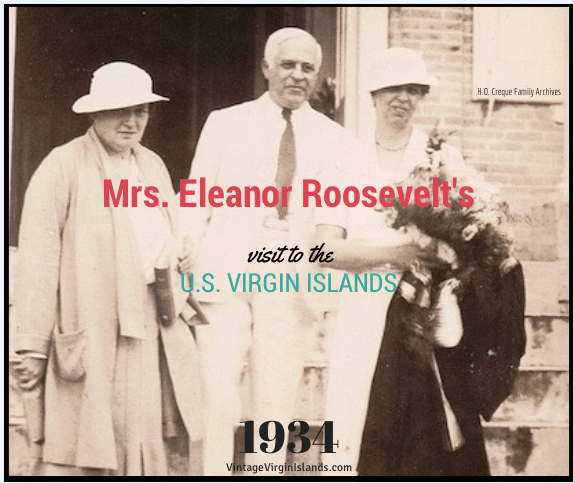 The First Lady of the United States was joyously received by enthusiastic crowds when she landed at Kings’ Wharf in St. Thomas for a short stay.

The Community Band played as school children and eager citizens caught glimpses of her smiling and bowing to them. March 7, 1934, was a day they would never forget!

Shopping for the First Lady 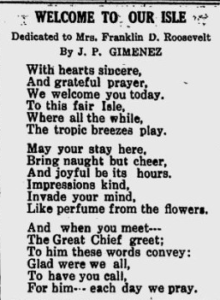 Weeks before the First Lady’s arrival, Governor Pearson became aware of a specific item being sold in our great grandfather’s store.

The Creque Department Store on Main Street sold everything from china and earthenware to ropes and writing paper.

Of particular interest to him was a hooked rug that he thought might make a nice gift for Mrs. Roosevelt.

In our family’s collection, there’s a letter from Herman O. Creque to Governor Pearson.

It’s advising the governor that he will send a rug by bearer to be given as a modern souvenir of a memorable visit for Mrs. Roosevelt.

Searching for the Hooked Rug 🔎 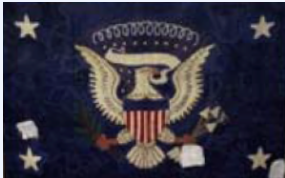 Since discovering this letter, I’ve tried to locate the “hooked rug” though the FDR Library Museum in Hyde Park, New York.

Interestingly, in their permanent collection is a gift of a hooked rug of “unknown origin“.  It measures 47″ by 72” and made of wool.

The rug has a dark blue background with the Great Seal of the United States in red and white with a white star in each of the four corners.

Of note, are the three arrows held in the eagle’s talon that some believe, represent the three major islands: St. Thomas, St. John and St. Croix.

I may never know if this was the same gift to Mrs. Roosevelt that came from our ancestor’s store, but having the letter and a photograph of her, has proven to be a wonderful souvenir for our family. 📷

While researching the history of the Virgin Island’s flag, I realized that this hooked rug could not be the one sold in our family’s store.

When Mr. Sparks designed the flag, he asked his wife and her sister, (Grace and Blanche) to embroidered it.

When they did, the turned the face of the eagle to look towards the olive branch on the left.

This design signified peace, rather than the eagle looking towards the arrows. 🇻🇮

For those interested in learning more about Mrs. Roosevelt, here’s a link to her autobiography from amazon.com

Advance the film below to 8:26.  This is where the video starts in the Virgin Islands. 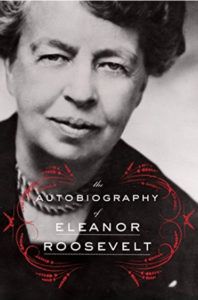