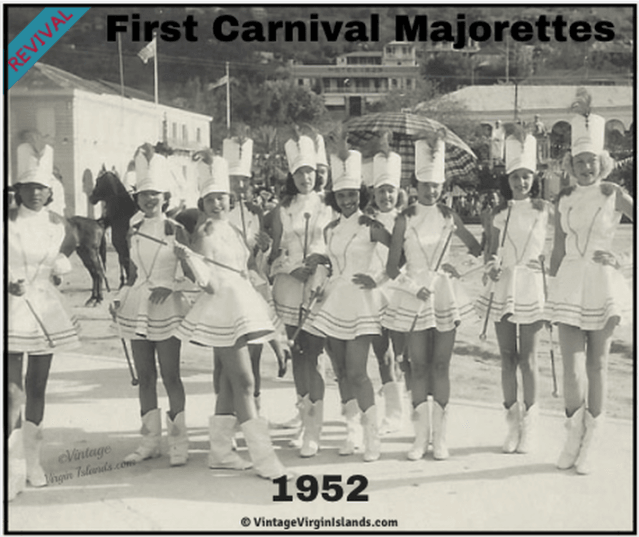 Did you know that the first Carnival in the history of the Virgin Islands was celebrated in 1912?

This tradition continued in 1914.

However, in 1916 the festivities were more subdued with a costumed Carnival Ball held at the Grand Hotel.

For thirty-six years, the territory did not commemorate the earlier celebrations with an annual festival.

Then in 1952, Ron de Lugo, single-handedly revived the Carnival spirit in the islands through his radio program at the station, WSTA.

He thought that bringing the old-time Carnival spirit back would benefit the community tremendously.

Eldra Schulterbrandt, E. Leonard Brewe, and Guido Moron joined his committee with assistance from Julia Nicholson among others, to help promote the idea.

The Formation of the Group

Mrs. Evy Francois, who moved to St. Thomas in 1949, heard about the Carnival promotion and was interested in forming a majorette group for the August celebration.

She was a very experienced ballet dancer and thought this would be a fun idea.

At the time, there was only one majorette group, the Sebastian Majorettes.

When our mother, her sister, cousins, and friends all heard about Mrs. Francois’s desire, they quickly joined her.

They practiced at Villa Santana on the terrace for several months, perfecting their moves for their big debut on August 31st.

Mrs. Francois wanted the girls to be the best.

She taught them how to throw their batons high into the air, catching them as they fell and encouraged them to march proudly with their knees pointing high with every step.

Mrs. Samiri Creque, a very talented seamstress, made all the majorettes’ costumes.

Thrilled to be in the first Carnival, my mother was ecstatic when she was selected to perform a twirling number on the stage at Lionel Roberts Stadium.

She shared with me how she extended one leg and held it with her hand while twirling around in circles on her toes.

At the high point of the festivities, Ron de Lugo was presented with an inscribed silver cup for his contribution.

The inscription read: “Presented to Ronald de Lugo by the appreciative people of the Virgin Islands for the splendid work done in reviving the Carnival spirit of St. Thomas, Virgin Islands, 1952.

Today, the Carnival festival is an annual, full-blown affair. 🎉 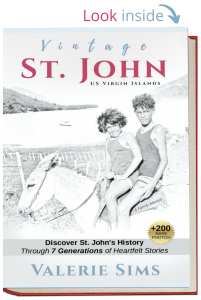