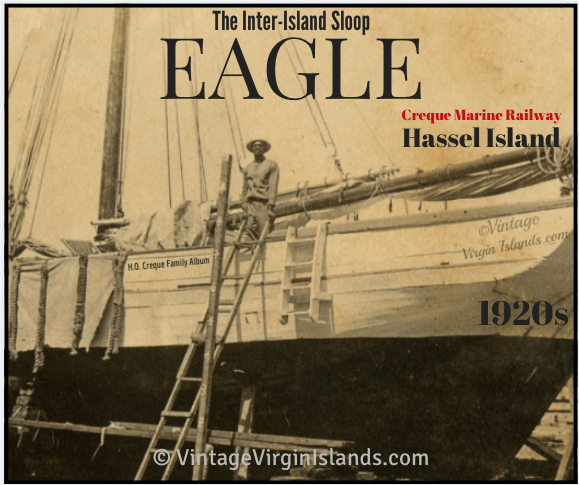 Ever wonder what the inter-island sloops were transporting below in their holds?

Some may think it contraband and many times it was, but mostly it was passengers, cases of fruit, home grown vegetables and cattle.

During the early 1900s, a popular little sloop called the Eagle was making the trek between Danish West Indies, Tortola and San Pedro de Macoris in the Dominican Republic.

When she needed repairs in the 1920s, she was hauled at the Creque Marine Railway on Hassel Island for service.

It was here that our great-grandfather took several photographs of her.

If this vessel was built in the Danish West Indies, then unbeknownst to him, he captured some of the rarest photographs of an indigenous, wooden sloop made by local boat builders and craftsmen of that time.

These vessels were the lifelines between the islands and none of them have survived that we are aware of.

Incredibly, a project by David Knight Sr. and Laurette de T. Prime called Virgin Islands Exodus discovered the faces of the crewman and some of the passengers that traveled on the Eagle.

These priceless photographs were retrieved from the US Citizens Identification System stored at the National Archives in Washington D.C.

While I can't say with 100% certainty that this vessel was built in the Danish West Indies, it is a  rarity to uncover photos of a 100-year old wooden sloop, together with pictures of her boatmen, her passengers, their birth dates and places of birth.

~ Seamen working on the EAGLE ~

~Passengers of the EAGLE~

* A special Thank you to David Knight Sr. and Laurette de T. Prime for sharing the photos and background information for each of the seamen and passengers. Seeing their faces almost 100 years later gave the story so much depth.

*Photograph of the Eagle is Copyrighted © 2016 Valerie Sims. All Rights Reserved. 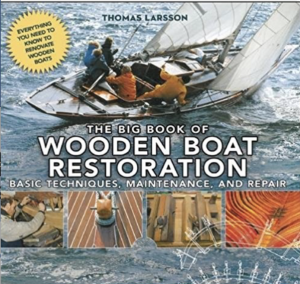 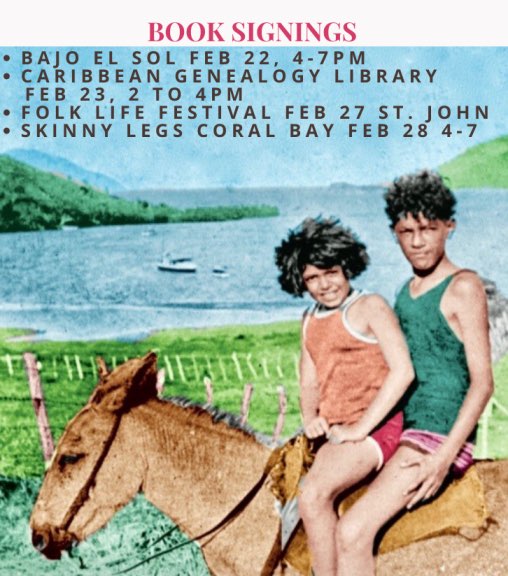