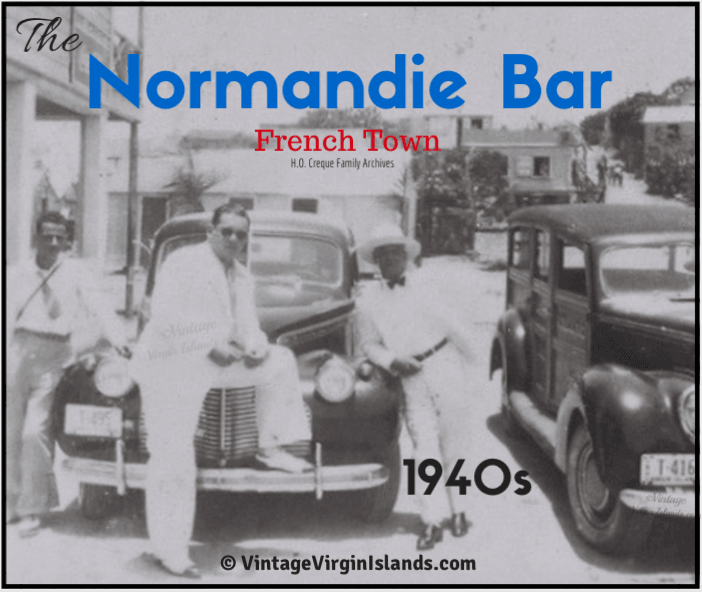 When the Normandie Bar opened for business in 1937, many of my family members considered it their favorite watering hole!

My Uncles Frank, Richard, Ron and even my father were frequent visitors to this establishment, much to the disillusionment of my mother.

One of my uncles shared a funny story about how much fun they had at the Normandie.

On many occasions after work, he said, the “boys”, would call each other to arrange their happy hour meeting place. ☎

Often times, they started out at the 7 Queens Quarter bar in town.

They paid for one drink and the next two were free.🍷🍷

Then they headed to Fortuna Restaurant and had another three or four drinks before ending up at the Normandie Bar.

By the time they got home, they were speechless!

The August 1st 1975 edition of the VI Daily News carried a post written by another uncle, who also loved the popular spot.

“At the Normandie, all the day’s events and inside political gossip were bantered about at tables that might include Donald Boreham, who headed the Public Works Department, Hank de Lagarde, occasionally Len Stein from WSTA and Sen Percival (Hugo) Reese from the Legistlature, A.M. Barauer, the distillery owner, who was to cause such as storm at the congressional confirmation hearings of Ralph Paiewonsky, and many others.

The Normandie hasn’t been the same since.

Normandie owner, Tony Quetel and bartender “Chip” Olive served up most drinks at a mere 15 cents.

One dollar could give you quite a night.

The standing joke around the Normandie was that Governor Merwin was so incensed at not being able to reach his key agency heads that he put out a memo banning his Cabinet from going to the Normandie.

Alas, that rumor could never be confirmed, but few doubted it was possible.” 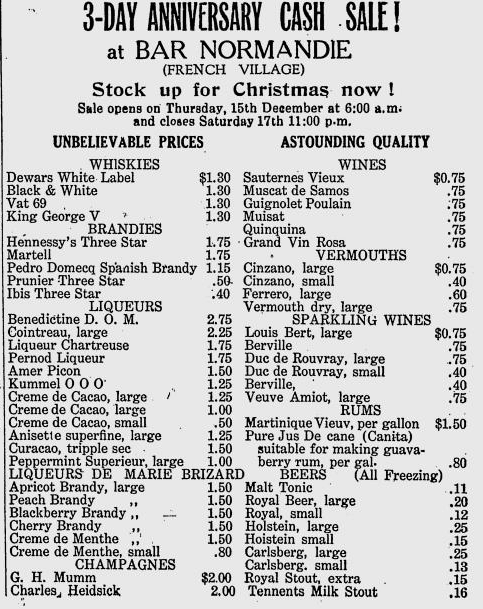