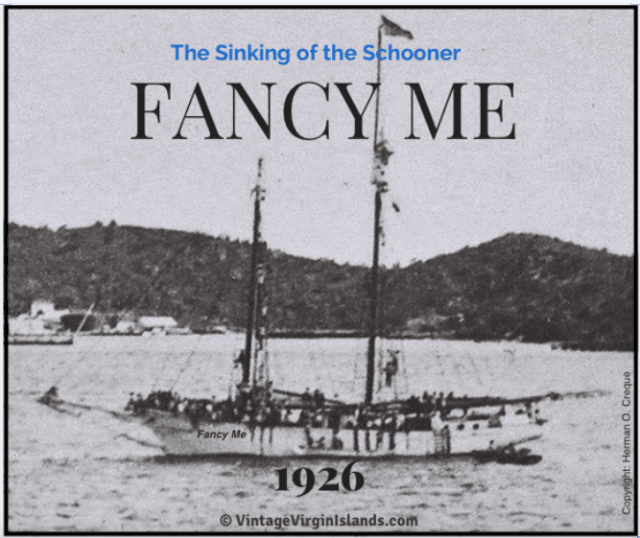 Launching The Fancy Me

The Fancy Me was a locally-built schooner that became infamous when she was lost in a hurricane with most of her passengers who were returning home to their families.

It was one of the most tragic events that occurred in the maritime history of the British Virgin Islands.

The schooner was built on Hassel Island and launched from Creque’s shipyard, which was formerly known as Bernard’s yard.

James Smith and his brother, Wally designed the boat.

Despite the high cost of materials and the great difficulty in obtaining them, the energetic Smiths, with the help of two men, completed their work. ~ May 15, 1920

The Fancy Me, like the SS Prasident, La Gracia and the Irma II transported seasonal laborers for work on the sugarcane plantations. 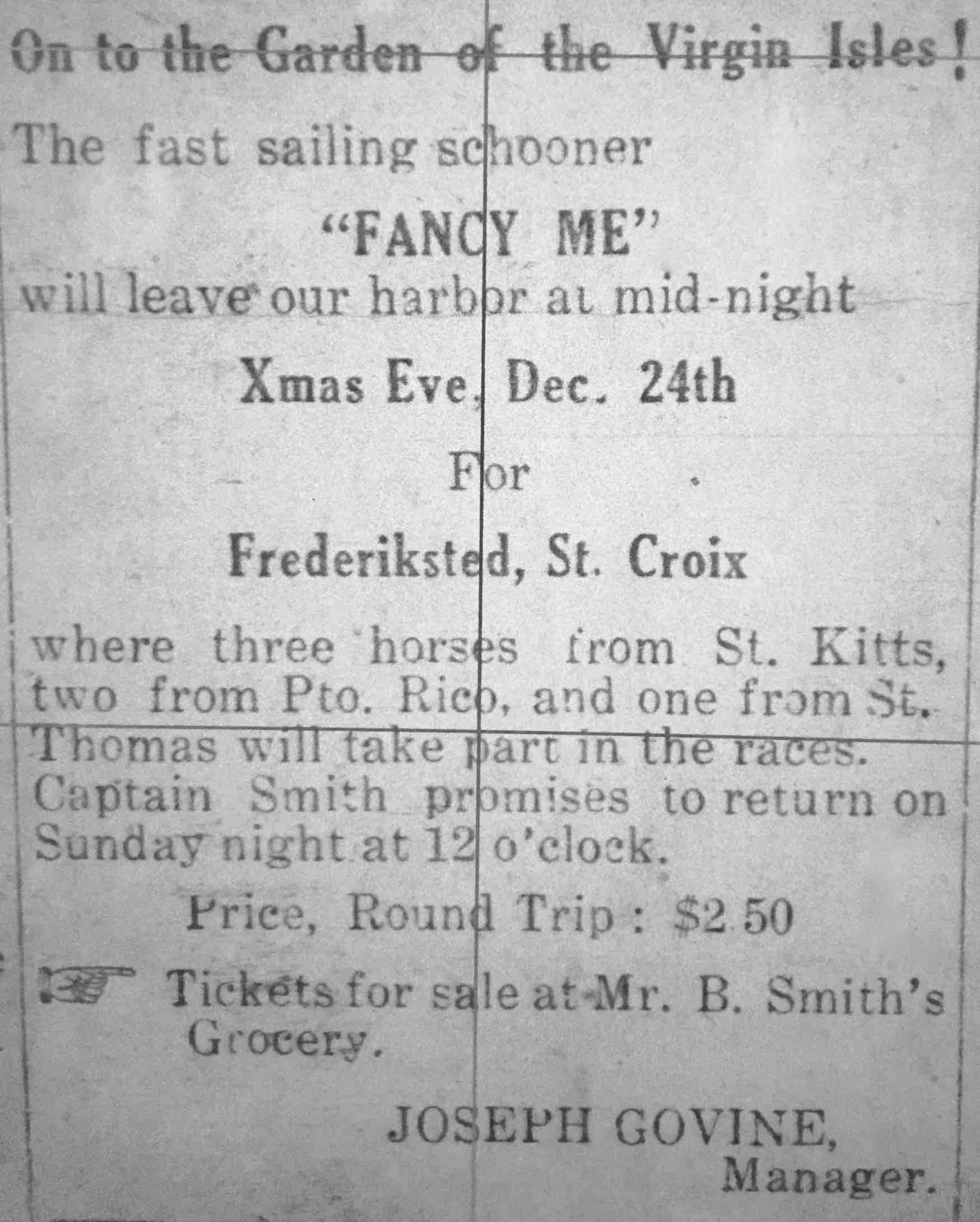 On the eve of July 23rd, the vessel was returning to the British Virgin Islands from the port of San Pedro de Macoris with about eighty-nine passengers when the weather suddenly turned ominous.

Onboard was also a small cargo of sugar, mahogany, and coconuts.

According to Harold I. Norman, after they were out of sight of land, they began sailing through the Mona Passage.

The captain, seeing the weather changing, thought it best to turn back.

The sky was dark and the winds were abnormally gusty which gave him an uneasy feeling.

He turned the boat and got as far as the southwestern portion of Saona Island where he anchored for the night.

Unbeknownst to him, a Category 2 hurricane, with 100 mph winds was heading directly for them!

It was the first hurricane of the 1926 season and grew to be a Category 4 when it passed the Bahamas.

By 6 o’clock that evening, the anchor line could hold no further.

Under pressure from the increasing winds and tossing seas, it finally broke free.

Caught in the currents, they drifted uncontrollably until the vessel struck a jagged rock.

The schooner took one more sudden blow before water gushed in, flooding the hold.

Everyone in the cabin below panicked and raced out onto the deck!

The vessel drifted a short distance further before sinking near a rock known as, El Caballo Blanco or the white horse.

Some were trapped inside the cabin as others tried desperately to hold on to floating debris.

When the unbelievable news reached Tortola, all were overcome with grief, some to the extent of fainting.

Mr. Wheatley, one of the fortunate survivors, shared his story of hearing the indescribable cries of the passengers.

Of the eighty-nine passengers on board, only thirty-five survived. The entire community was grief-stricken!

Onboard were three men from the US Virgin Islands, two of whom did not survive.

Unfortunately, we have only their first names, Alexander and Harold.

This story about the Fancy Me took on a more personal note when I discovered an invoice for the vessel in my great grandfather’s papers.

Herman O. Creque owned the Creque Marine Railway where the vessel was launched.

When it was hauled out for minor repairs on May 10, 1921, Herman jotted down her dimensions.

There, in his own handwriting, was the information everyone wanted to know.

With reports of over eighty people onboard plus cargo, this was disconcerting, but not out of the ordinary.

Without proper guidelines and rules, many of the inter-island vessels were overloaded.

Thankfully, the maritime industry has adopted stringent guidelines to make boat travel safer for its passengers.

Her book is titled, “Such are the Hours to Find Peace, Intimate Accounts, and Reflections of the loss of the Fancy Me”.

You can find it at the Lavity Stout Community College bookstore on Tortola.

This year, 2020, marks the 94rd anniversary of her sinking and the loss of the lives of so many island ancestors.