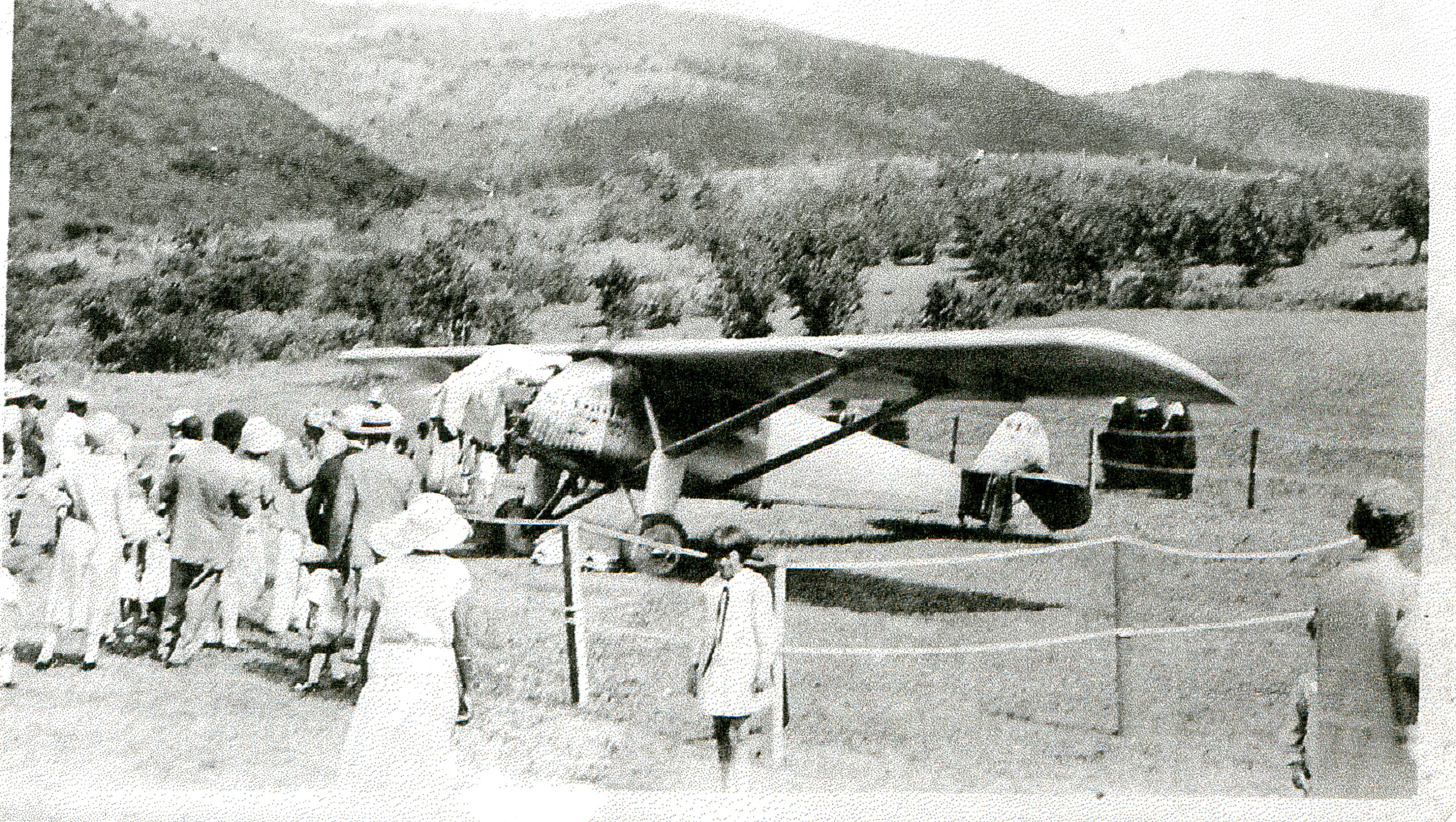 Family Story: True or Not?

Have you ever been told a fascinating story about a member of your family and attempted to verify it, only to be frustrated by what you found or didn’t find?

My grandmother shared many intriguing stories throughout my childhood, which in turn, ignited my love for genealogy.

Stories about haunted houses and hidden treasures at Norman Island were some of my favorites that I shared on this blog.

However, this particular story is about my grandmother’s sister, Margie and the photograph of her posing in front of Colonel Lindbergh’s plane, the Spirit of St. Louis.

I was told that Margie was chosen to be a flower girl when Charles Lindbergh made his historic visit to St. Thomas.

I can imagine how delighted she must have been to be a part of such a grand occasion! She was only eight years old.

In December 1927, Colonel Lindbergh began a goodwill tour of Latin America and the Caribbean.

He landed in St. Thomas on January 31st, the fifth island on his itinerary.

Cheering fans and hundreds of spectators watched as he touched down at the western end of Mosquito Bay!

My Great grandfather witnessed this incredible event and snapped the photograph of his daughter.

Being the family historian, I wanted to know more and thought it would be fun to corroborate the story by researching further.🔎

At the Caribbean Genealogy Library, I was excited when I found the newspaper articles for January 1928.

To my surprise, it mentioned the names of the flower girls involved with the ceremony but made no mention of our Great Aunt.

The Names of the Flower Girls

Surely, there must be some truth to the story our grandmother shared?

It’s possible that Margie wasn’t a part of the official program and simply presented the famous aviator with flowers that she brought. 💐

While I can’t verify my grandmother’s account of that day, having this special picture in our family is a treasured gift.

This week will mark the 90th anniversary of Colonel Lindbergh’s visit to our islands.

To learn more about his contributions to the world of aviation visit ==> amazon.com

There are lots of amazing books about his Trans-Atlantic flights! 📚

* A special thank you to Margie’s daughter, Mary Alice B. for permission to use the photograph.