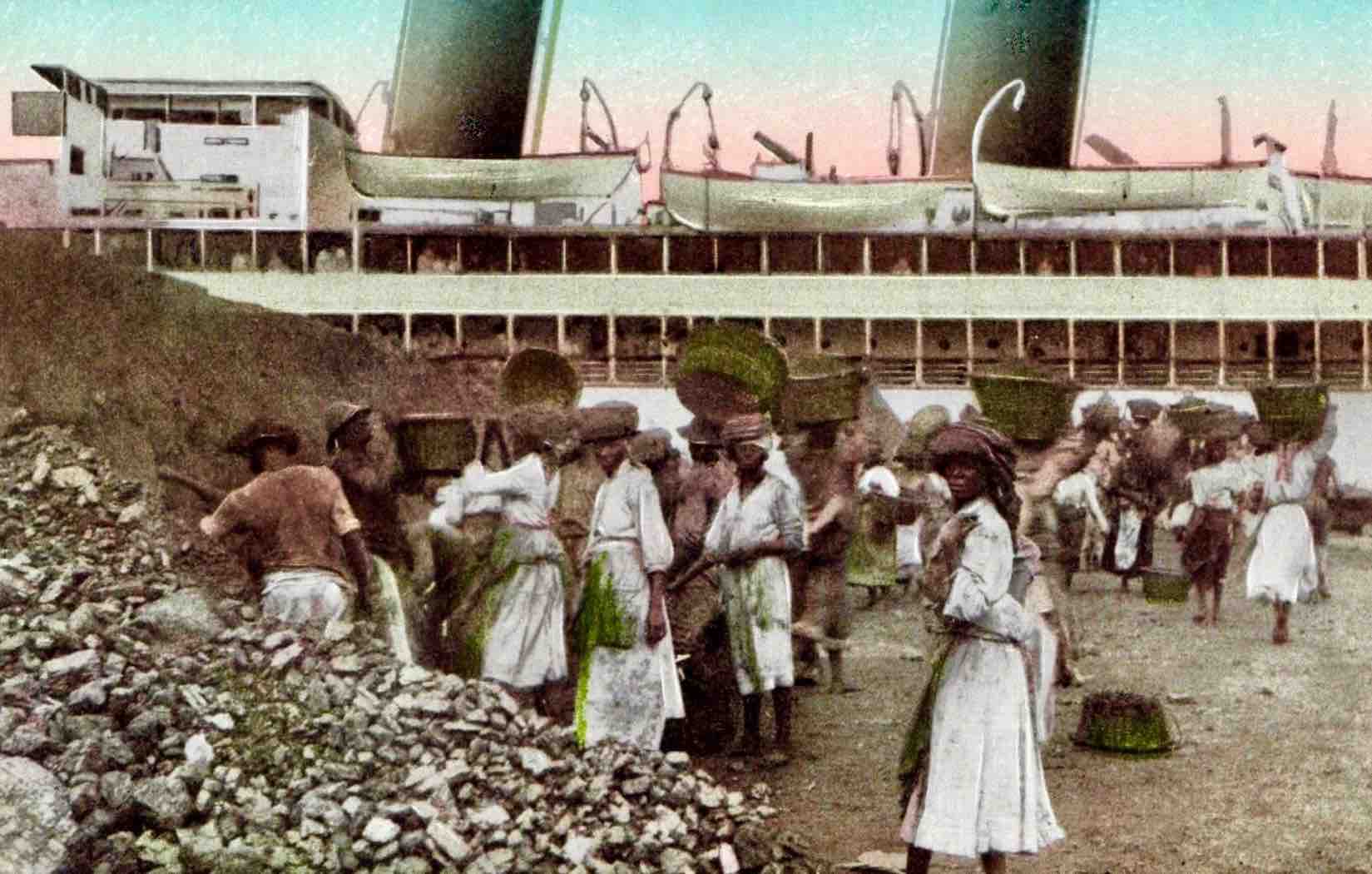 Women have been supporting their families since the beginning of time with incredible sacrifices.

Under the Danish flag, they earned a small stipend as seamstresses, laundresses, market sellers, and straw weavers.

However, there was one enterprise that exhausted their mental and physical strength above all others!

As ships from every nation stopped in St. Thomas to deliver or replenish their coal supplies, the manual labor needed for this task was chiefly supported by native women.

Known as coal carriers or coal porters, they balanced huge baskets of coal on their heads as they traversed up and down the steep ramps of the ships.

It took an incredible feat of strength on their part, given the fact that each basket weighed approximately 85 to 100 pounds!

Interestingly, when the ship’s band played lively music, they found that the women worked at a more vigorous pace.

Onlookers were amazed by their sinuous movements to the music’s tempo despite their heavy loads.

In 1892, when the Mexican dollar deteriorated to about sixty-five percent of its value, the coaling companies refused to compensate for the difference in their wages.

They continued to pay the workers its face value.

Upset by the injustice, numerous coal carriers refused to unload the coal of the SS Freshfield when it arrived at the dock. 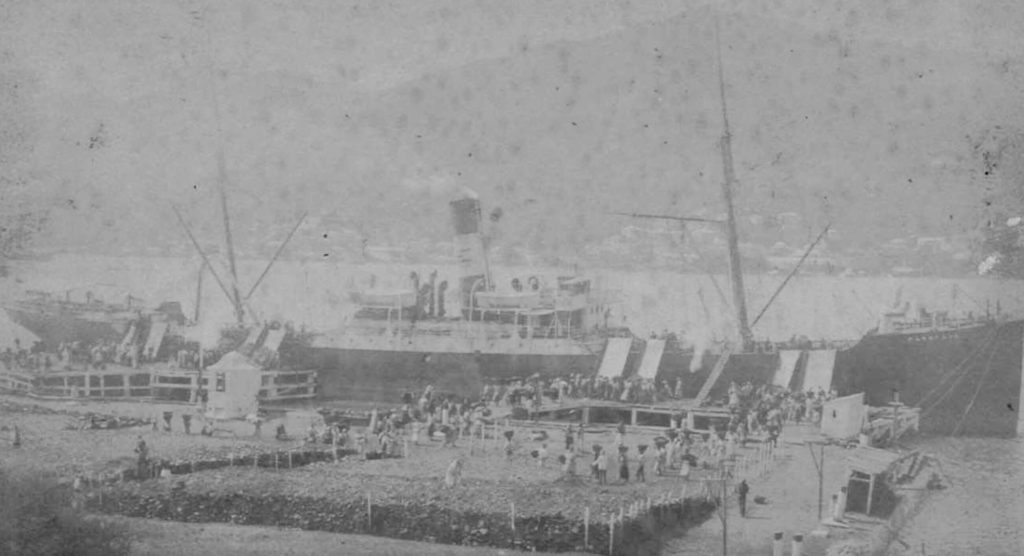 In protest, the workers marched to the Police office to complain.

Unable to get the equivalent in fair pay, they went on strike demanding dollar for dollar since local merchants preferred Danish money over Mexican pesos. 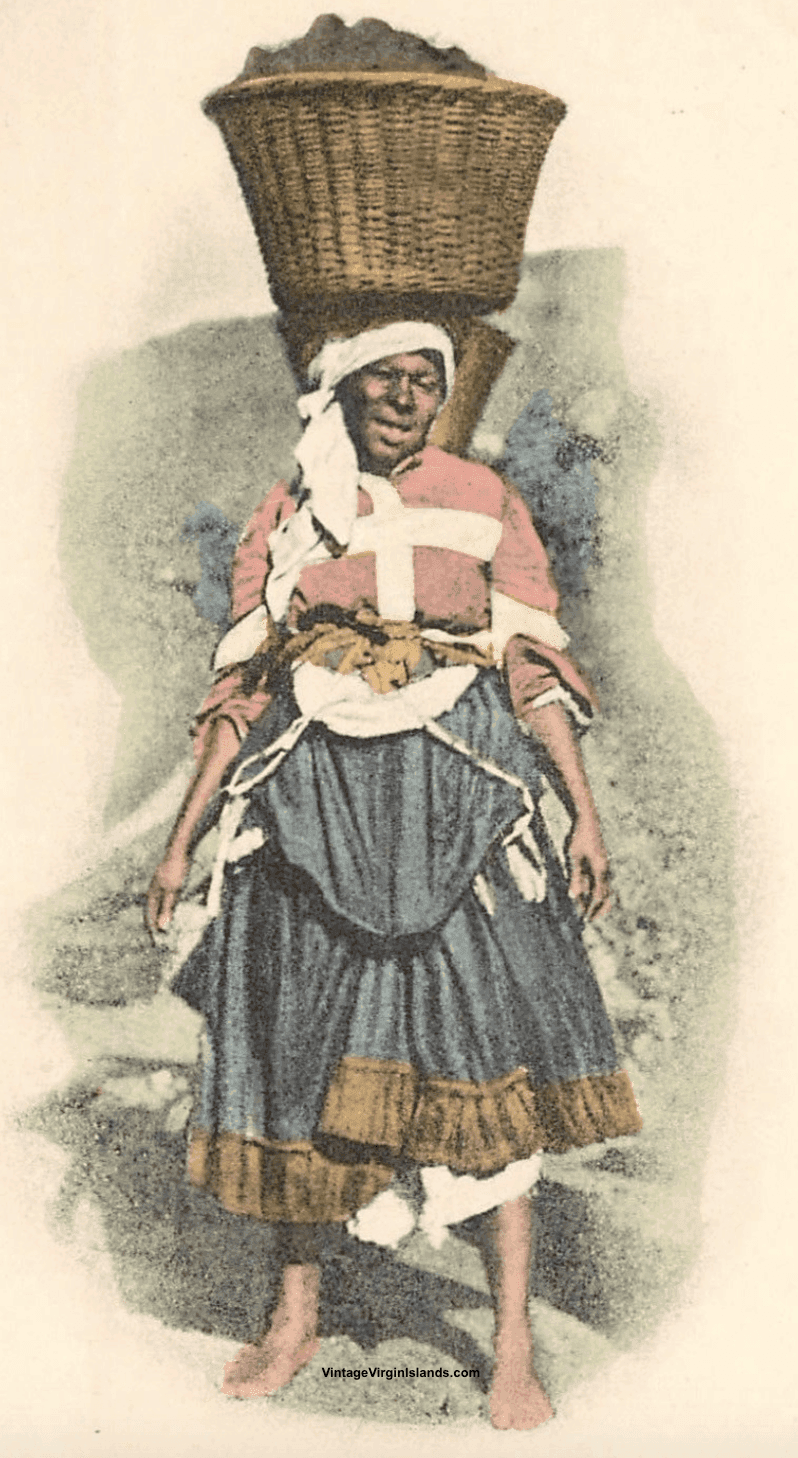 By December 1908, an arrangement was reached with workers earning 1.5 cents per basket, instead of 1 cent, not a very big improvement. It later was raised to two cents, a paltry sum.

Coaling in the Virgin Islands continued sporadically until the 1930s.

Today, this event is memorialized every September with a peaceful reenactment through the streets of Charlotte Amalie.

In this manner, history is being taught to new generations about the strength and perseverance of these early pioneering women and their quest for equality.