- The History of the -
CREQUE MARINE RAILWAY

By 1905, the Marine Repairing slip on Hassel Island was dilapidated and in desperate need of repair.

Vital rails needed to haul the vessels were in such deplorable condition, that one would hardly believe the property was once a bustling, vibrant beehive of activity.

For four years, there were advertisements in the local papers for its sale, lease or rental.

Henry O. Creque was intrigued when he saw the ad for its upcoming auction in the November 12th edition of the St. Thomae Tidende.

At the time, he was the owner of an ironmongery business and was the agent for many of the inter-island vessels.

Born in Anegada as the son of a mariner, he often accompanied his father as he salvaged vessels from the grips of the largest barrier reef in the Caribbean.

With his background, he believed he had the fortitude to bring the railway back to its former glory.

After considerable thought, Henry submitted a sealed bid to the auction house for the nine-acre property.

His maximum offer was $7,000 or 35,000 francs, with the provision that it be protected against auction expenses.

When the initial payment was due, days after the knock of the hammer, Henry was surprised to see extra interest, auction and attorney fees added.

He contested those charges vehemently but later paid them under protest.

By November 22, 1910, Henry's offer was the only genuine offer proffered.

At the following shareholder's meeting, it was approved by the board members.

The National Bank of the Danish West Indies financed the purchase.

With the bond secured, Henry received the survey drawings which included the detailed descriptions of the rail levels.

With this information, the massive renovation project began.

Single side rails in 10ft lengths, middle and side carriages were ordered from the British Engineer's Import Agency in London.

In April of 1912, after many months of repairs and upgrades to the docking cradle, the business opened.

Advertisements in the newspapers encouraged boaters to avail themselves of the railway's services, which included general boat repair and maintenance.

Henry was very proud of his accomplishment.

There wasn't a railway slip dock on the entire American Atlantic Seaboard south of Norfolk and extending down to Texas, which could be compared with this one on Hassel Island.

When it came to substantiality in construction, nothing could compare with the Power House, which was built for perpetuity. 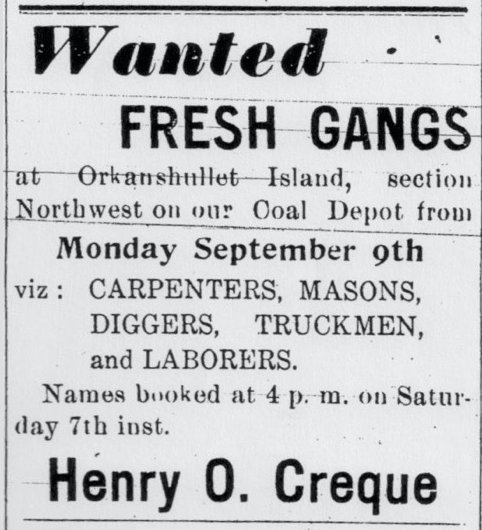 Vessels of every nation sought the services of the newly renovated railway.

It was conveniently located and very approachable.

Schooners, sloops, brigs, army boats, barges, yachts, patrol boats, and huge tankers were all pulled up onto the rails.

The heavy chains leading from the steam-powered engine room at the top of the ramp did the job.

The rattling, splashing, whistling, humming and pounding started at daybreak and continued throughout the day.

A never-ending circle of activity surrounded each vessel on the way. 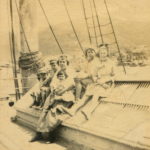 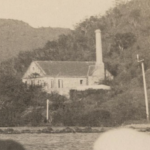 Herman inherited the railway and continued in his father’s footsteps, until his untimely passing on January 29, 1949.

The property was then bequeathed to his wife, Emily, and later their five children.

Their son, Henry O. Creque Jr. operated the business for a short time.

After Henry's passing in 1957, the property languished for a number of years, until in 1978 it was sold to the Federal Government.

It now forms part of the Virgin Islands National Park.

For three generations, the Creque family documented the railway's rich history as it unfolded!

Their albums with faded photographs and boxes of fragile files hold the keys to its legacy.

Through those yellowing bits of paper, forgotten yachts told their stories.

Their names, their captains, arrival dates, repairs, paint colors, and payments were all revealed.

In its heyday, the railway was a prosperous enterprise!

It was a place to meet new and old friends, negotiate contracts and float memorable vessels that no longer criss-cross the Caribbean sea.

Today, those keepsakes stand as a testimony to the family's own legacy of their love and dedication.

They restored and operated one of the oldest, steam-powered, marine railways in the Western Hemisphere. After I saw this postcard online of a vessel at the railway, I thought I would share a recent discovery I made about it. 🔎 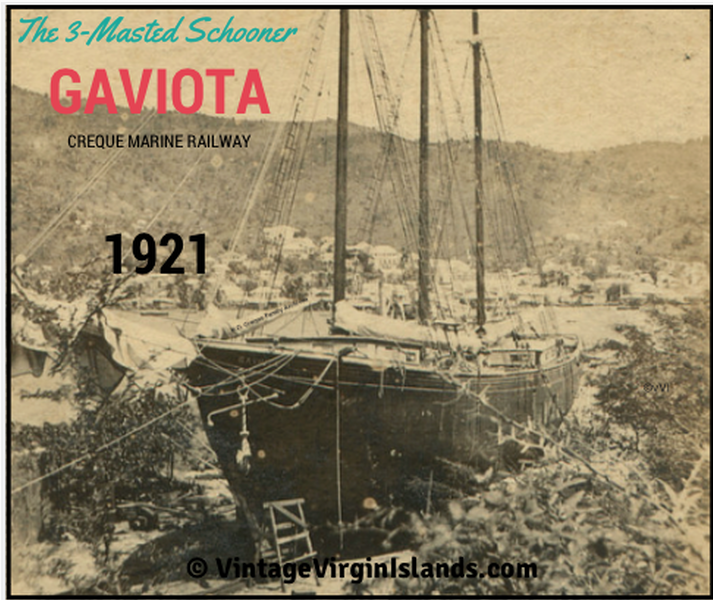 Today marks the 95th anniversary of the hauling of the ill-fated schooner, GAVIOTA at the railway ⚓️ 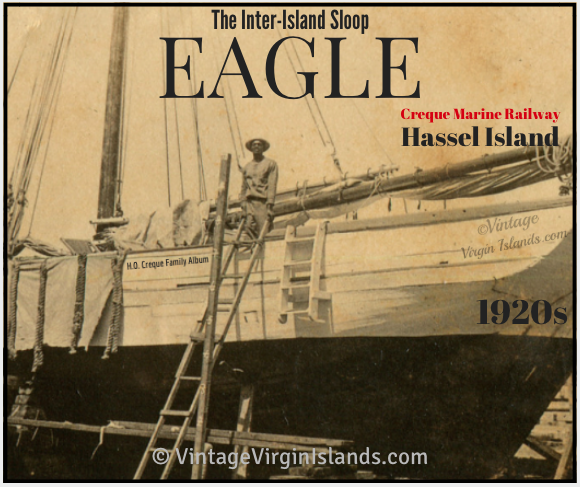 During the early 1900s, the sloop, EAGLE traveled between the Danish West Indies, Tortola and San Pedro de Macoris in the Dominican Republic. 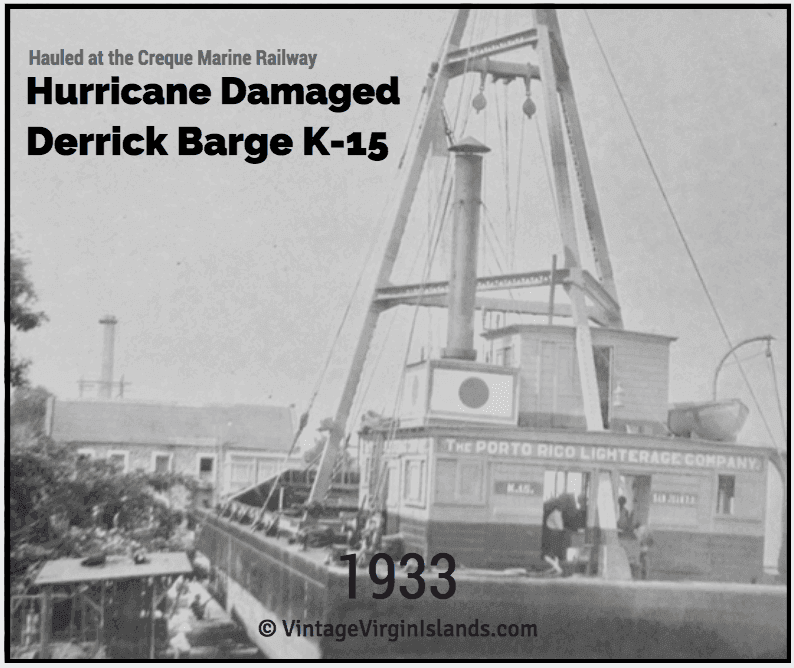 The September 1932 hurricane wrecked havoc on the maritime industry in the US Virgin Islands and Puerto Rico.⚡️ 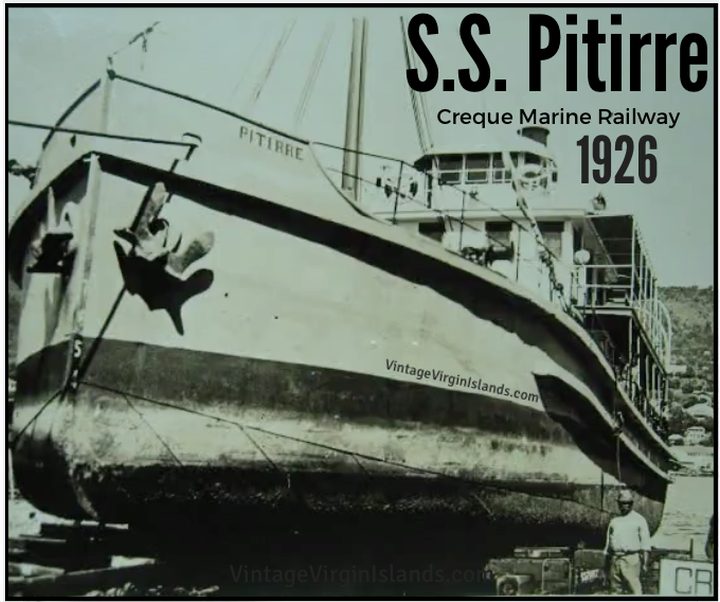 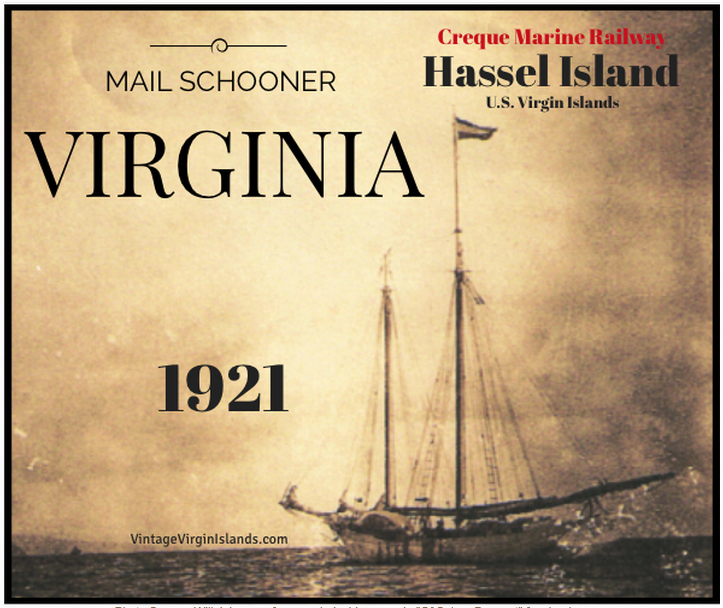 The mail schooner, VIRGINIA was originally built in Curacao in the Dutch West Indies. In August 1924, a deadly hurricane caused severe damage to the homes on Tortola and many in the US Virgin Islands. ⚡️ 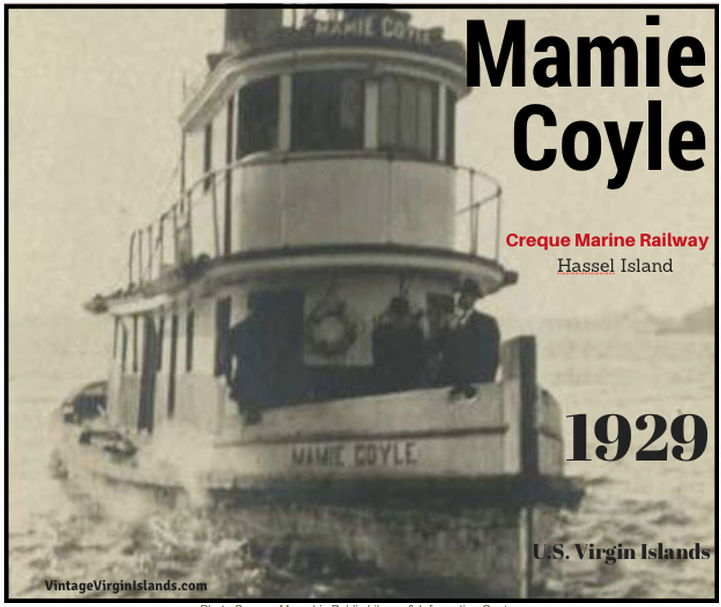 The Creque Marine Railway provided hauling and marine repair services to hundreds of vessels during its ownership by the Creque family, 1910 - 1978. ⚓️ 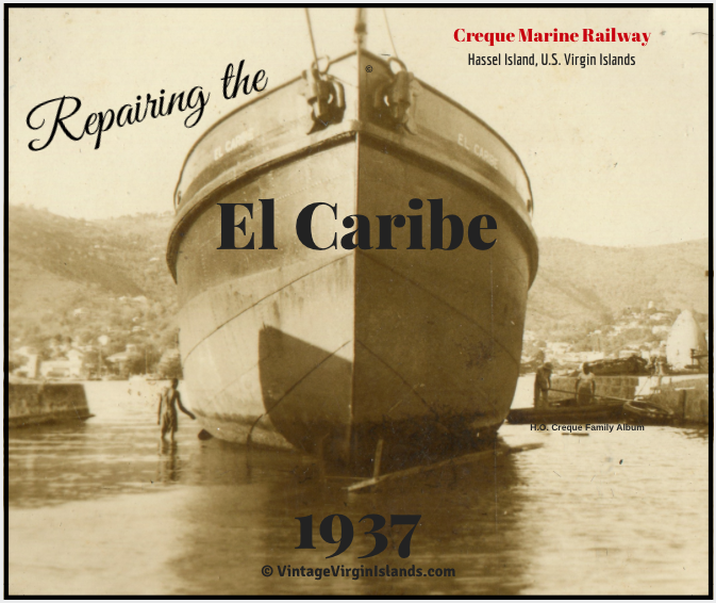 In August 1937, a Texas Oil tanker damaged its hull when it hit a coral reef at Saona Island off the southeastern tip of the Dominican Republic. On December 28, 1926, a potential client representing the United Sugar Company in Humacao, Puerto Rico, inquired about having his barge hauled at the railway. ⚓️ 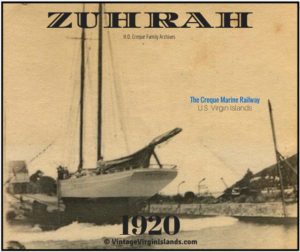 The ZUHRAH, captained by the beloved Samuel Sewer during the 1920s, was an important link in the inter-island trade. Today marks the 96th anniversary of the arrival of the vessel, METEOR, at the railway. Today marks the 90th anniversary of the sinking of the schooner, FANCY ME and the loss of the lives of so many island ancestors. ⚓️ This little yacht arrived at the Creque Marine Railway for cleaning and painting in 1942.

Thank you to three generations, (Henry, Herman, and Henry Creque Jr.) for documenting and preserving the incredible history of the railway.