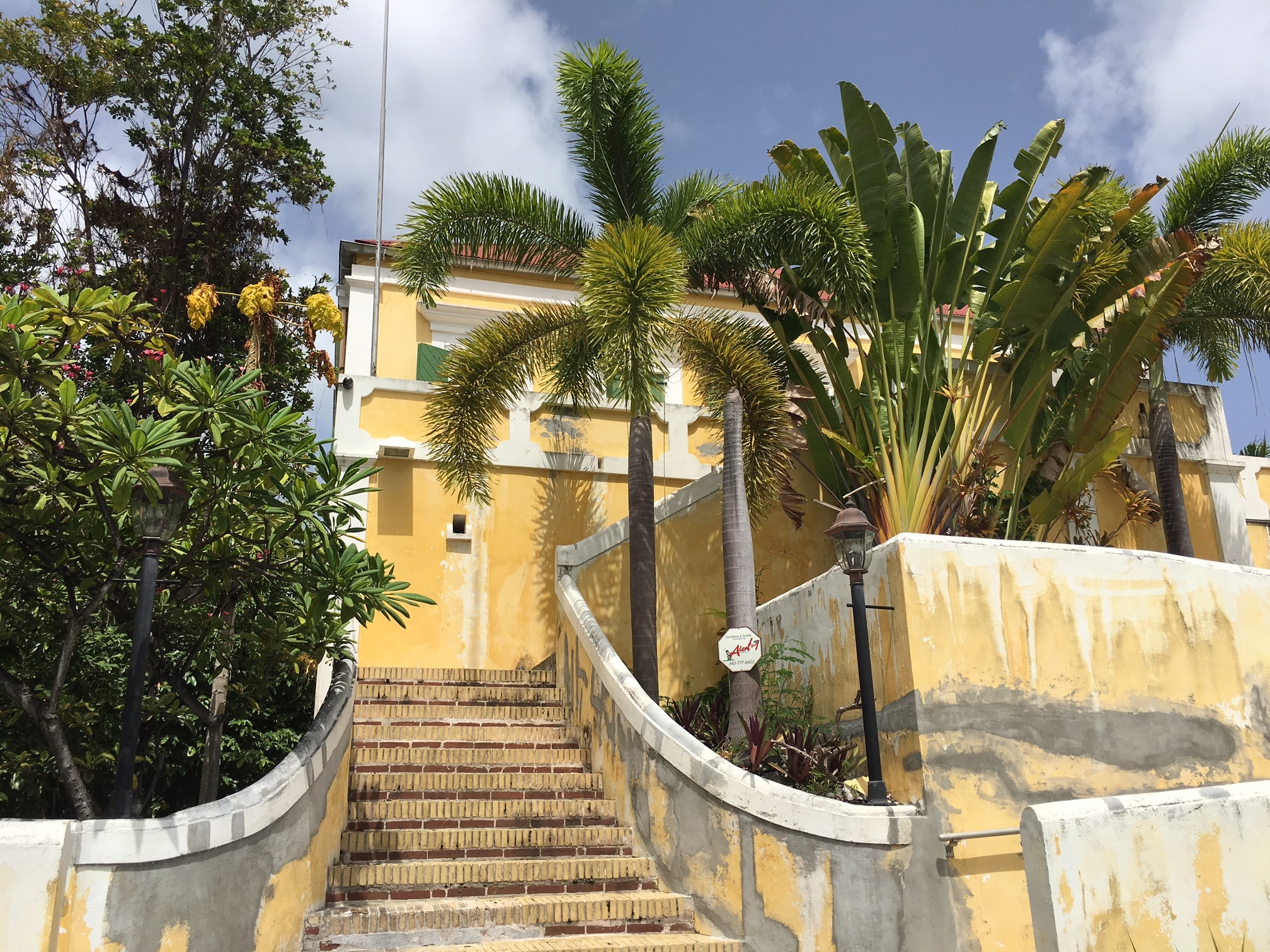 The Sprauve Public Library is located in one of the oldest buildings that has survived the ravages of time including Hurricanes Irma and Maria. ⚡

According to a map drawn in 1790 by Peter Oxholm, John Wood was the earliest recorded owner.

Although no specific documentation exists, it is believed that the Wood family acquired Enighed Estate sometime between 1750 and 1757.

A gravestone, located in the cemetery next to the library, indicates that William Wood died on April 9, 1751.

The estate remained in the family for forty more years then it was deeded to a George Hassel.

During that time, it became a major source of sugar production on St. John.

The estate changed owners several times during the 1800s.

However, it never realized the degree of agricultural success the original two owners enjoyed.

At the beginning of the 20th century, a devastating fire destroyed the buildings.

Uninhabitable, it sat until 1918 when Captain Alfred White acquired the property and began to sell off parcels of land.

By 1941, White sold the remaining land and buildings to Alice Maude Nielsen who sold it three years later to the Municipality.

The government divested itself of most of the land but retained ownership of .60 acre on which the old, burnt-out ruin remained.

On July 1, 1976, the Enighed site was admitted to the National Register of Historic Places.

At a public forum, the community learned that the building was too small for the originally intended use as a community center.

Because a library facility was desperately needed, the building was designated as a combined library and museum.

On February 7, 1980, the 13th legislature of the Virgin Islands honored Miss Elaine Ione Sprauve for her service to the government and her outstanding contributions to the people of the US Virgin Islands.

Under Act Number 4404,  the Enighed Estate House was renamed the Elaine Ione Sprauve Library and Museum of Cultural Arts.

The museum’s mission is to encourage and support life-long learning and to contribute to the community’s personal growth and quality of life.

Below is a video of the Wood family cemetery located adjacent to the library.

Be sure to visit and have a look!

~Information provided by the Elaine I Sprauve Public Library and used with permission.