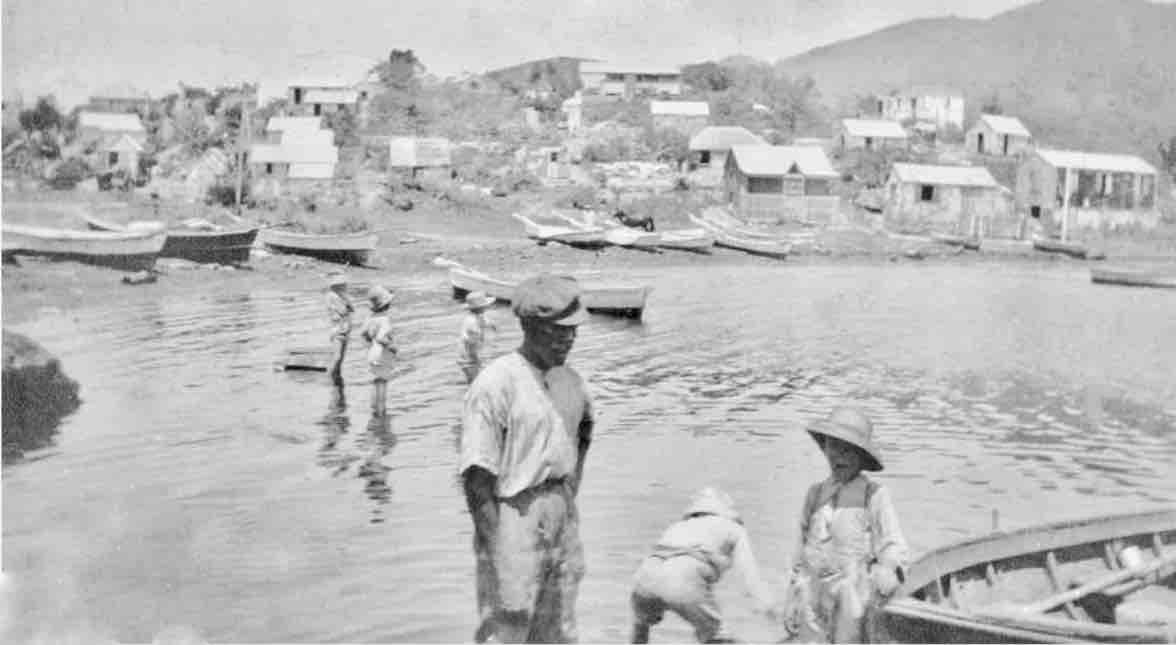 If you love the sea and the vessels that sail upon it, then Charlotte Amalie Harbor was the ideal place for growing up.

As a young man, I was thoroughly smitten by boats, ships, and watercraft of all sorts.

I feasted my eyes and senses on the fishing boats of my family and neighbors in Frenchtown where we lived.

Everything from home-made, wooden fishing boats to rowboats and sailboats and by the early 1950s, all fitted with a noisy outboard motor.

My first outboard motor experience came when a local man bought one.

After each trip, he would bring it home, four houses away from me, and run the engine in a large drum of “FRESH” water to clean out the salt and junk..NOISY fun for me.

Only after that, did he clean himself up and go inside to eat and rest.

Many boats were built before my eyes, some small 15-foot fishing boats, and some quite large, like the Veteran, built by Mr. Richardson in his yard.

When the boat was ready for launching, the neighbors joined together to get it to the bayside, probably three-quarters of a mile away.

What FUN it was to watch!

Mr. Tackline built many boats in his yard for the local fishermen.
Several took top sailing honors at the boat races which were conducted several times per year.
He received honorable mention in a recently published book entitled Clean, Sweet Wind by Douglas C. Pyle about wooden boat-building in the Caribbean.

I had fishermen all around; above, below, and alongside…each one building and tending to their homemade fish “pots”.

They were not called traps, we knew them as “fishpots”.

These were mostly made of chicken wire with wooden slats inserted into the frame to strengthen them.

The men, who were disabled or too old for fishing, stayed home repairing nets, knitting them by hand for hours.

Building nets and traps was constant due to the damage caused by wear and tear.

Real cotton string or threads, not nylon, was used and real straw was used too to make ropes, some by hand…..

It was truly a cottage industry that sustained the families.

Rowing Around the Harbor

Getting a ride on a boat was a treat.

My dad and grandpa borrowed rowboats to take us for rowing trips around the harbor or fishing trips. We always used hand lines to fish with.

I remember each event vividly.

As a teenager, I rode my bicycle up and down the waterfront stopping to see the new sloops and schooners that arrived daily, yes daily, from other islands.

Many arrived from Puerto Rico, then in later years, they came from Santo Domingo in the Dominican Republic.

Our French cousins came once or twice a month from St. Barths in large schooners, eighty or more feet in length.

They carried cement, fruits, and even motor vehicles on deck!

Since I knew the crew on the French schooners, I went aboard at every opportunity and sometimes even enjoyed a meal with the sailors.

One of those captains was my grandma’s brother, Uncle Frederick.

He stayed ashore overnight at grandma and grandpa’s house in Frenchtown.

Needless to say, I eventually learned to sail and spent four years in the US Navy.

I kept a sailboat for two years at Brewers Bay.

Those were the good old days.

Most boats today are fiberglass yachts. Not too many wooden boats around now…SIGH!