Do you ever wonder when the sport of golf was popularized in the Virgin Islands? Here’s an interesting article written by Leon A. Mawson in 1951.

Golfing the Year Round
By Leon A. Mawson

Of the many and varied sports which are being promoted in the Virgin Islands for the recreation and enjoyment of visitors, golfing has been placed at the head of the list after laying dormant for approximately one-quarter of a century.

The lively interest which has been shown in the participation of this sport applies not only to youngsters and middle-aged folks but also to men and women in their late seventies whose dexterity and skill hold spectators in breathless suspense.

The physical characteristic of the golf course is not only unique in topography, but the lush green grass leading up to the sand greens is against a background of tall, dark mahogany trees that arch gracefully beneath low cumulous clouds.

Coupled with the blue ocean to the south and the adjoining airstrip, it affords incoming visitors their first glimpse of this scenic fairway.

St. Thomas is unmatched in quaintness and unrivaled in beauty anywhere in the Caribbean area.

The land on which this nine-hole golf course sprawls lazily beneath the tropic sun is federally owned property which has been turned over to the municipal government as an adjunct to the tourism development program.

Credit for reviving of this sport and the general development of the course goes to Honorable Herman E. Moore, a United States District Judge. He is a veteran golfer for whom the course has been named in his honor.

While it is true that there is considerable work to be done in and around the area, golfers are not inconvenienced in any manner with the few physical deficiencies which are being presently perfected by supervised workmen.

On January 15, 1951, the St. Thomas Golf Association received its Certificate of Incorporation from the local government and was among the first of registered corporations to come under the new and much-publicized anti-discrimination law.

The significant section of the law embodied in the Club’s affidavit which was transmitted to the government with its application for incorporation reads as follows:

“That The St. Thomas Golf Association is organized as a nonprofit athletic association of individuals for the purpose of maintaining and operating a golf course in St. Thomas, and for the purpose of promoting golf in the Virgin Islands for its health and recreational value to all persons who wish to participate.

Through this fine sport…to promote good relations between all the people in the Virgin Islands and its visitors… There is no discrimination whatsoever in any of its activities on account of race, creed or color…” 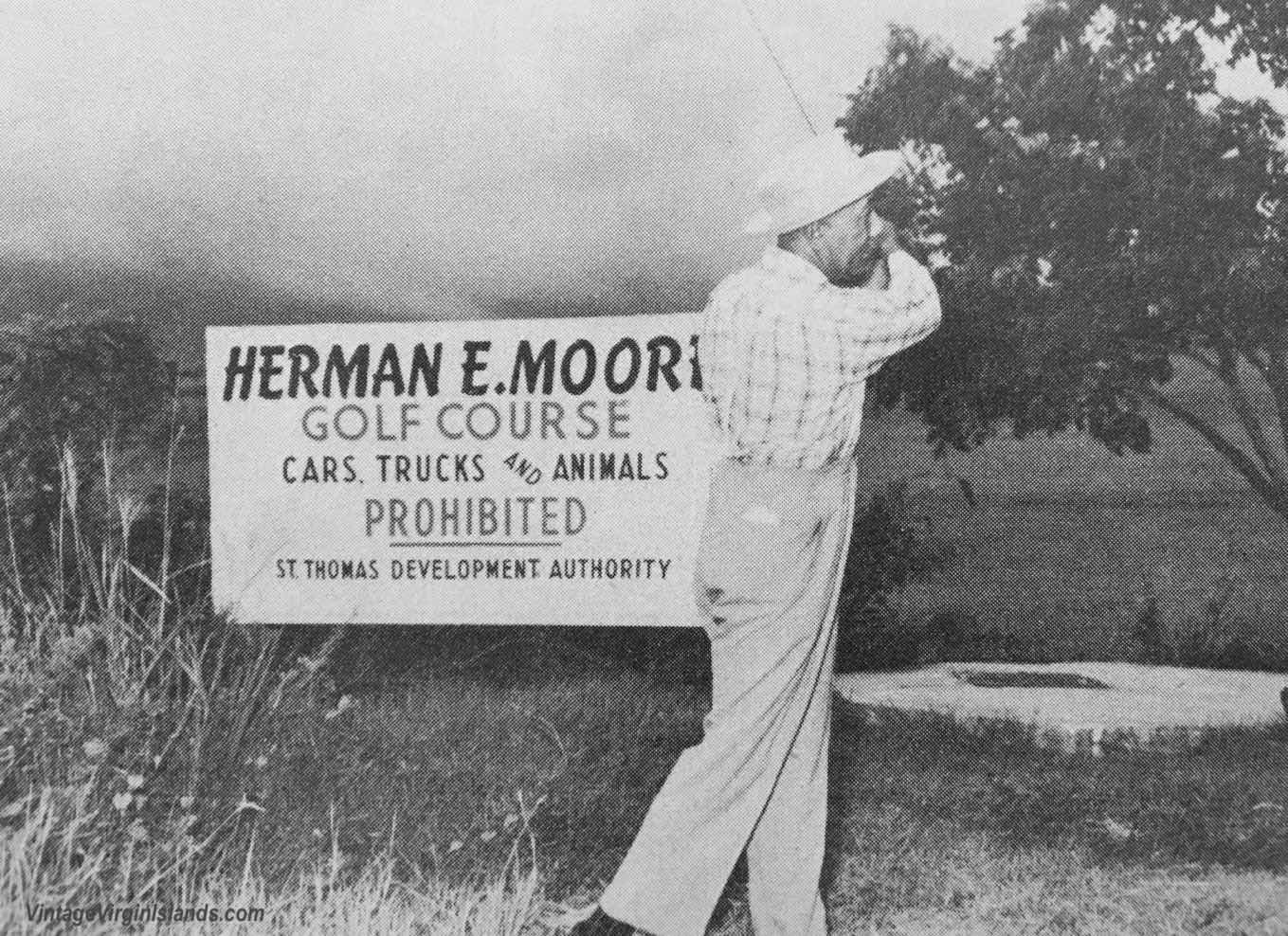 The Virgin Islands can boast of quaint beauty, charm, perpetual sunshine, and a climate unmatched and unequaled anywhere in the West Indies.

Consequently, in promoting and developing the islands’ tourist program, it is safe to say that golf will remain the top attraction to visitors the year-round under such ideal and pleasant surroundings.”

I love sharing the islands’ history. Have a look at my new book on Amazon!