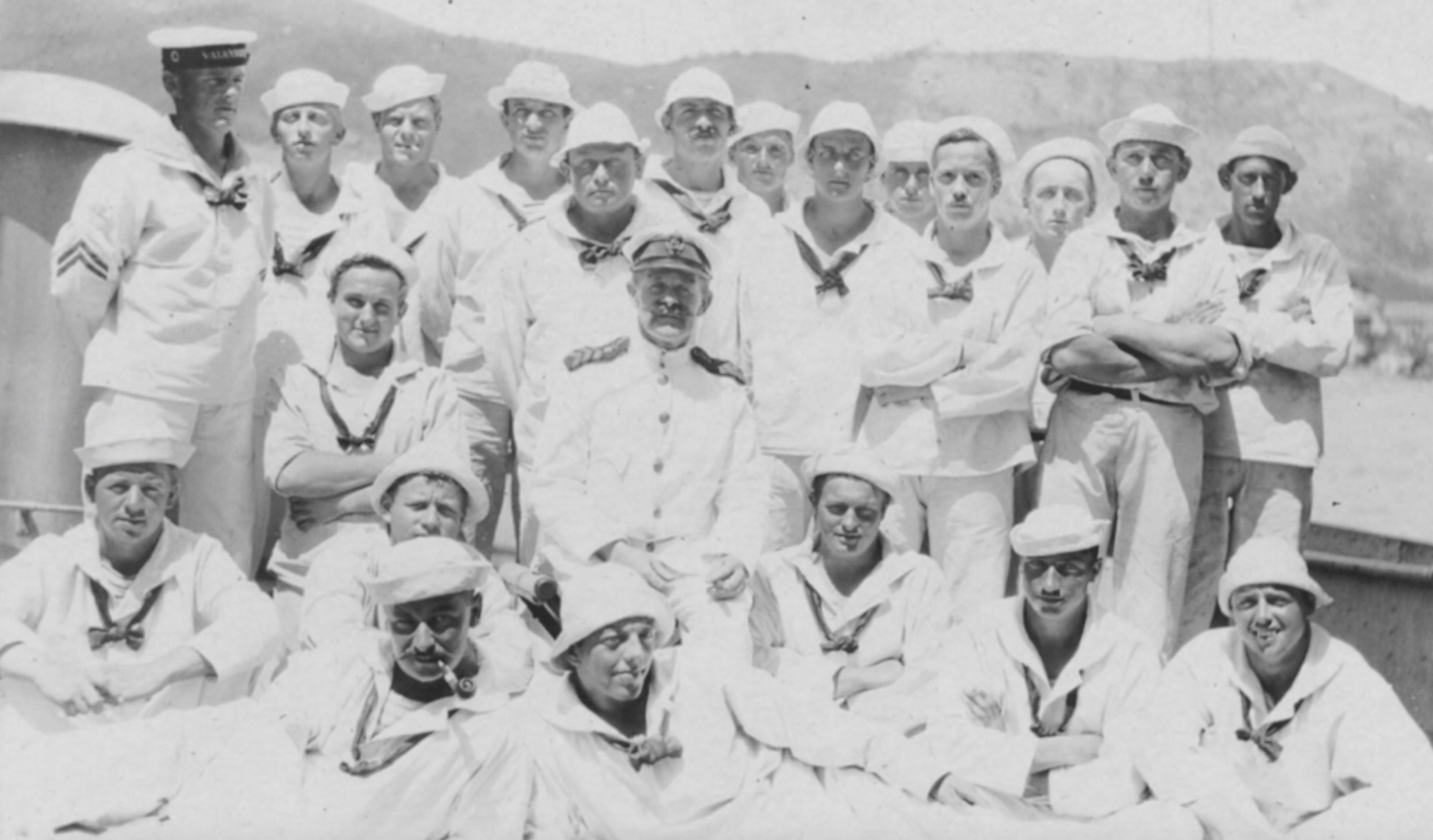 Just over 100 years ago, a hurricane in October of 1916 tore through the Virgin Islands with a vengeance—leaving a path of destruction similar to hurricanes Irma and Maria in September 2017. 🌧

The damage was of historic proportions for its time and it left a lasting impression on the generation that endured it.

Francesca Baa, our great-grandmother, was a seamstress and mother of two young children, Leon, ten years of age and Rita, a baby.

She huddled with her family and twin sister, Ignacia, in their wooden-crafted home on Frenchman’s Hill.

Her neighborhood would turn out to be one of the hardest hit on St. Thomas.

Author, Luther K. Zabriskie wrote a detailed account of this catastrophe in his book, The Virgin Islands of the United States of America. He said;

The morning of the ninth opened with a drizzling, disagreeable rain, with slight winds that rose and fell throughout the day.

Nothing that would indicate impending danger.

When the barometer started dropping, the winds picked up.

Almost before the storm shutters could be closed, heavy gusts of wind and veritable downpours of rain began.

The wind speed was reckoned at approximately 125 to 140 miles per hour!

Later that evening, the storm returned in all its fury from the southeast, bending, breaking, smashing everything in its track.

Much that escaped in its first pass, was being demolished on its second.

The only consolation Francesca had was to know that each blast would be weaker and weaker, as the barometer rose.

By daylight, the monster storm was a thing of the past. 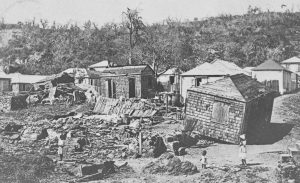 Francesca told family members that “she lifted her son up onto a trunk” to keep him from being swept away by all the water that was pouring into her home.

Besides Frenchman’s Hill, the neighborhood of Savan was also hardest hit.

Her granddaughter, Lorraine remembered that years later, when the red flag on Hassel Island was raised to warn of another impending hurricane, Gran would start to cry.

When she asked her why, she said that during the earlier storm, she saw what seemed like a tsunami come ashore.

The water went out and came rushing back in and for days later, people were picking dead fish from the trees.

The Ships in the Harbor

In the harbor on that fateful evening was the Danish ship, HMS Valkyrien, under the command of Commodore Henri Konow.

The ship had been sent to the islands to monitor the rising tensions occurring in St. Croix because of the labor strikes taking place there.

At midday, as the Valkyrien was departing for St. Croix, the captain noticed the weather deteriorating and sensed impending danger.

He returned to port immediately and anchored tightly.

As the storm raged that night, many of the vessels broke free of their moorings and were later tossed into the farthest corners of the harbor.

The German steamers, SS Wasgenwald and SS Calabria went up on the rocks.

The Danish Bark, Thor was a wreck and the Anholt was perched on the shoreline.

Smaller, inter-island schooners and sloops like Irma II, Spider, Faith, and La Gracia were either sunk or beached.

Visible on Kings Wharf was the huge dredge St. Hilda, which was driven alongside by the raging seas.

The real heroes that emerged during this catastrophe were the Danish men on the cruiser, Valkyrien.

All through the night, as the wind-tossed their vessel about, they kept their searchlight on to aid the distressed vessels nearby.

They rescued many weary survivors from the sinking bark, Thor.

When the weather cleared, crew members went ashore and helped to clear the main passageways in town.

They formed small groups of four or five men and with a few tools and buckets in hand, set about restoring some of the island’s beauty that was lost.

They did a splendid job!

As the crews cleaned up St. Thomas, their ship’s doctor went to St. John to help with urgent medical care.

A few deaths were reported; the captain of the sloop, Faith and the two crewmen on board the Spider, which was captained by a distant relative, William Creque.

Like all disasters, out of the chaos that ensues unsung heroes emerge to help their neighbors.

After hurricanes Irma and Maria, it was heartwarming to see Puerto Rico and St. Croix sending rescue missions with supplies for the people of St. Thomas, St. John and the British Virgin Islands.

All that changed after Hurricane Maria walloped the islands for the second time.

Nevertheless, their generosity will always be remembered.

Just as the islands were grateful for the lifelines that Valkyrien extended 100 years ago, we are very grateful to the people of St. Croix and Puerto Rico.

In honor of all the helping hands, past and present, Thank You! 👏🏼 👏🏼

Here’s a great book full of photographs of the 1916 hurricane. ⬇