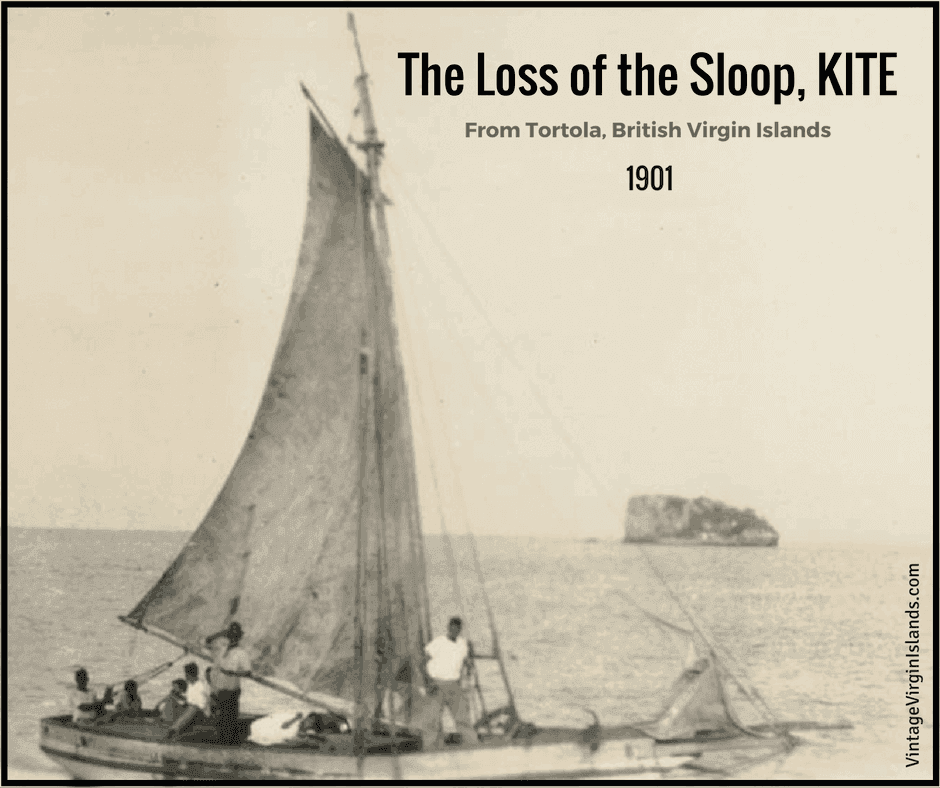 Note: This image is a part of the Estus H. Magoon Collection, Item No. 1398. It is not an actual image of the Kite. It was used to share this story.

The British sloop, Kite was a popular vessel sailing between the islands of Tortola and St. Thomas during the 1890s.

Like so many island boats, it was only a matter of time before she succumbed to Mother Nature in a sudden squall or hurricane.

Despite those ominous probabilities, owning a vessel or having access to one was important for a family’s survival.

The Kite’s captain was Adolph O’Neal, most likely a BVIslander by birth, but he had strong ties to Sanchez in the Samana province of the Dominican Republic.

On a dark, rainy morning in July, as he and his crew members were still sleeping, an ominous storm was closing in that would turn an ordinary day into a tragic one.

The four were fishing for turtles in an area known as the fishing grounds in British waters.

On board were three brothers, Adolph, Nathaniel and Hubert O’ Neal and their friend, John Donovan.

The brothers were cousins of Mr. Maurice O’Neal, a grocer.

At three o’clock in the morning when it was pitch dark, the rainy weather suddenly became violent with what seemed like hurricane force winds.

So rough were the waves that they “picked up the boat and turned it bottom-up”!

Traumatized and confused, they made for the nearby shore swimming as fast as they could.

Three of the men climbed the jagged rocks to safety.

Nathaniel, one of the brothers, perished.

The following day, the newspapers reported the recovery of Nathaniel’s body, “half eaten by sharks.” 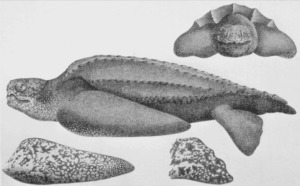 The group had been out fishing for two months and onboard was a valuable collection of turtle shells which they planned to sell.

Sadly, everything was gone; their loved one, their fishing gear, their boat and their livelihood from the proceeds of the shell collection.

As the British sloop, Fame was passing by, she spotted the survivors and stopped to rescue them.

She was returning from the Dominican Republic on her way to Tortola with laborers.

The Fame was one of a handful of boats that transported passengers and freight directly between Road Town and S.P Macoris.

She was under the guidance of Captain J. Vanterpool with Henry O. Creque as her registered agent.

For years no-one knew how many boats were lost, what their names were or what happened to them on their fateful days.

With the digitization of old newspapers, it’s now possible to search for the missing. We can finally learn the fates of those long forgotten vessels and their passengers.

Here are a few British boats that were recently re-discovered:

Although the little fishing sloop, Kite, and other BVI vessels have long since disappeared, rediscovering their stories has given them new life.

They can finally tell their tales of tragedy and survival to new generations curious about their island’s maritime history. ⚓ 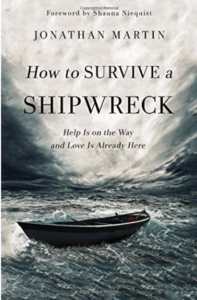