When telephone wires were being strung along the streets in St. Thomas, residents were excited!

Hello, and happy greetings would soon be shared over the wires. ~ 1907

The concession to operate the first telephones on the island was granted to Knud Bent Hey, the Building Inspector who was also credited with erecting the Ice Plant factory.

When he first announced his telephone plans, nearly fifty subscribers signed up immediately.

The newspapers reported, “We are glad to learn from him that he has secured the patronage of a sufficient number of subscribers to make a start possible.”

The apparatus and equipment arrived from Denmark aboard the steamer, S/S St. Jan.

“We have long been behind the age in some things which have been deemed a necessity in other islands …. for instance, the telephone.

Those who know of its great usefulness, especially in business circles, will welcome its establishment here and we hope that its use may soon become general and therefore profitable to the promoter.

We wish it every success.” 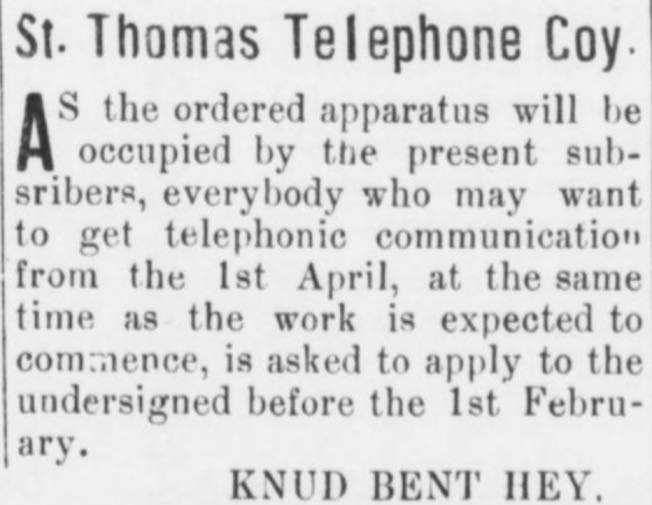