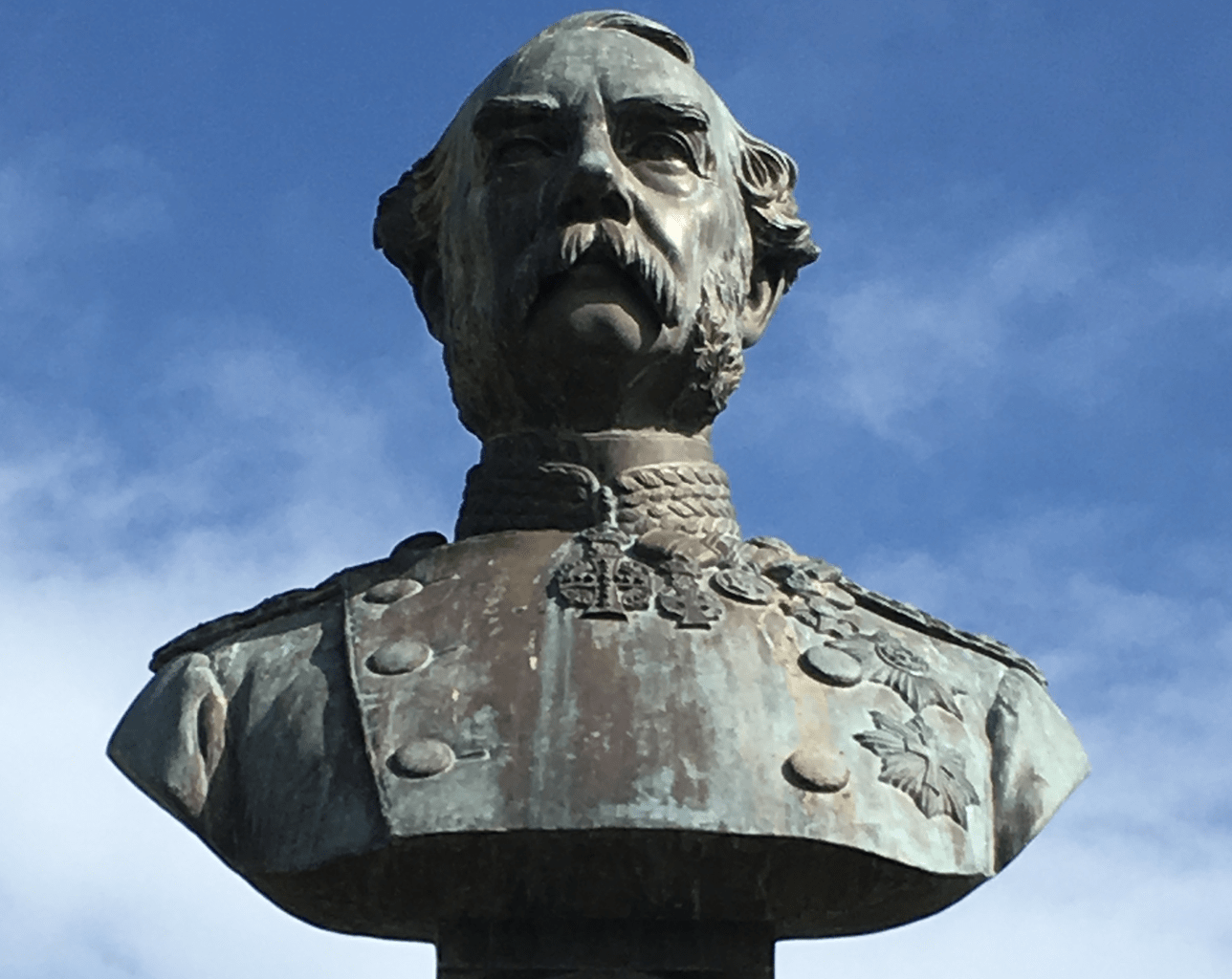 Long ago, it was recorded that August 5, 1909, would always be remembered in the “history of St. Thomas”, as the day the public monument to King Christian the Ninth was erected.

Many have forgotten what August 5, 1909, meant for so many Danish citizens.

For many, King Christian was the most beloved Danish sovereign.

He was one of the “world’s most illustrious personages; one divinely endowed with the sublimest attributes, which made men great and noble.”

After his death, an idea was put forth to the Colonial Council to have a monument erected in his honor, which was favored unanimously.

Three hundred inhabitants donated over 3,000 francs as a deposit towards its creation. 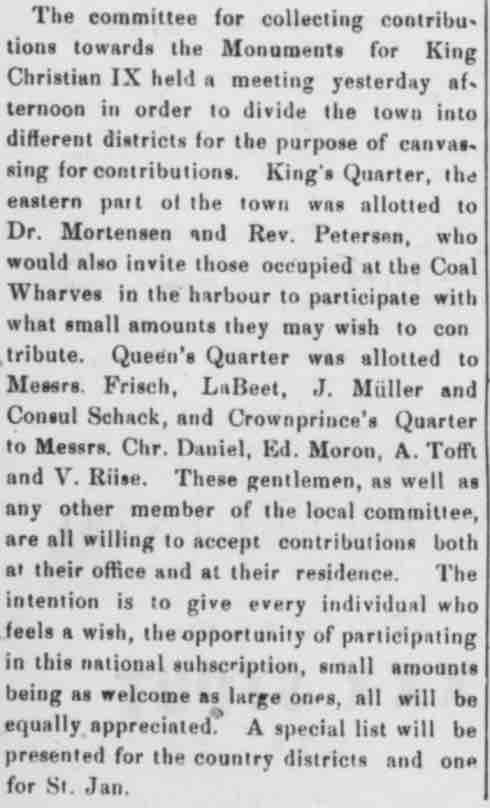 Vilhelm Bissen, the famous Danish sculptor, was commissioned to create the piece.

The bronze bust was four feet, seven inches in height and placed upon a pedestal of Bornholm granite, which together stood over nine feet tall.

It was the first publicly erected statue in the Danish West Indies.

His Excellency, Governor Limpricht presided over a gala event to unveil the statue.

Multitudes of thousands thronged the Emancipation Garden including all the school children, government officials, and clergy to witness the unveiling.

His Majesty was trusted implicitly in his unwavering sense of justice and in his solicitous care for all his subjects, near and far.

On the pedestal was the following inscription regarding his birth and death:

At its base was placed a pretty wreath with flowers strewn around the ground enclosing it. Credit was given to Harbormaster Kruse and Dr. Viggo Christensen who displayed much zeal and energy in their responsibilities.

As the string was drawn, dropping the covering, the guns of the battery thundered their salute and the Native Brass Band played the Danish National Anthem. 🎶

Below, are the poignant sentiments shared with those in attendance.

“Very often you will pass this monument and when doing so, turn your faces to this bust of the King.

Look at his noble and fine features, remember his motto, “With God, there is Honor and Justice”.

The ceremony closed as the exuberant crowd shouted nine hurrahs for his Majesty.  🇩🇰

Since this day, the King’s statue has stood tall despite all the hurricanes that have devastated the Caribbean.

In a way, he is still a fatherly protector of these beloved islands.