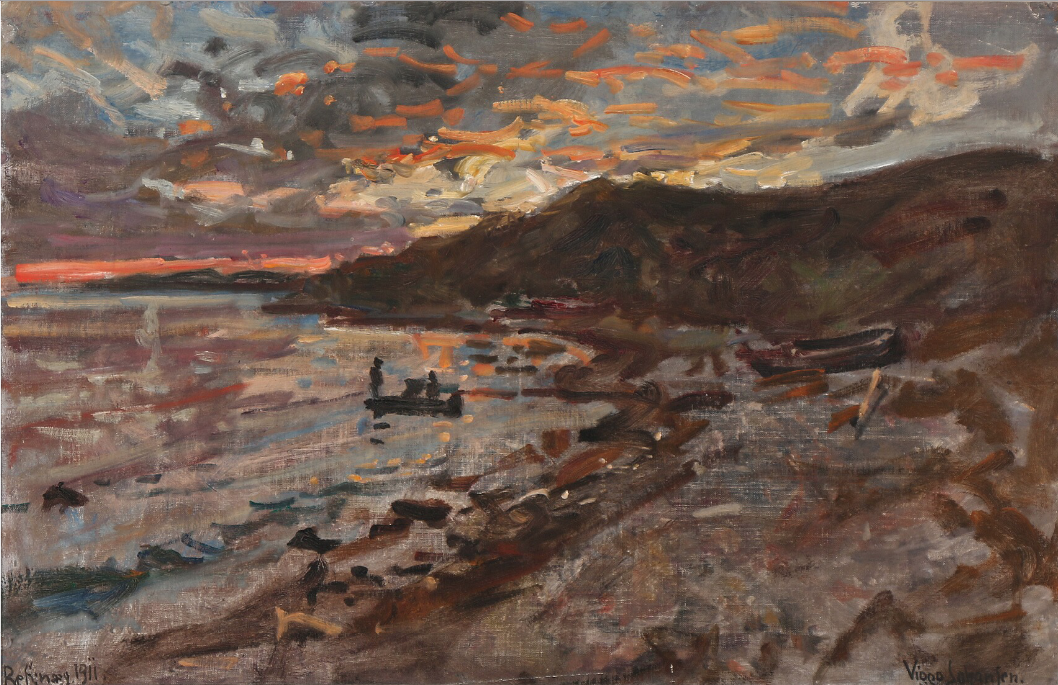 For those of you familiar with the Virgin Islands, doesn’t this painting above look like it was painted at Morningstar Beach on St. Thomas? ⛱

This painting was created by Viggo Johansen, one of Denmark’s most prominent painters in the 1890s.

As a boy, he showed an inherent talent for drawing and studied further specializing in figure painting.

Later, he was inspired by Claude Monet, particularly in his use of color and was the recipient of several awards, one in 1886 and another in 1889.

Curious about my suspicion, I contacted the auction house of Brunn Rasmussen where this painting was on exhibit.

They found it interesting too how the two coast lines were similar.

However, the artist had signed the painting with a place description – Refnæs – which is a location in Denmark.

Interestingly, Mr. Johansen did sometimes paint from photographs, and I can’t help wondering if he traveled to St. Thomas at one point in his life.

This week, someone else found the painting intriguing as well and it now has a new home.