Learn a little about its past!

I"m excited to announce the launching of the Kindle version of the new book I recently published.

Vintage St. John includes the history of Estates Annaberg, Mary's Point, and Lamesure during the time my ancestors owned them.

This collection of heartfelt stories includes their memories and experiences, living, working and vacationing near St. John's historic ruins and beautiful beaches.

They have been passed down from generation to generation and are important in understanding St. John's rich history. I hope you enjoy them. 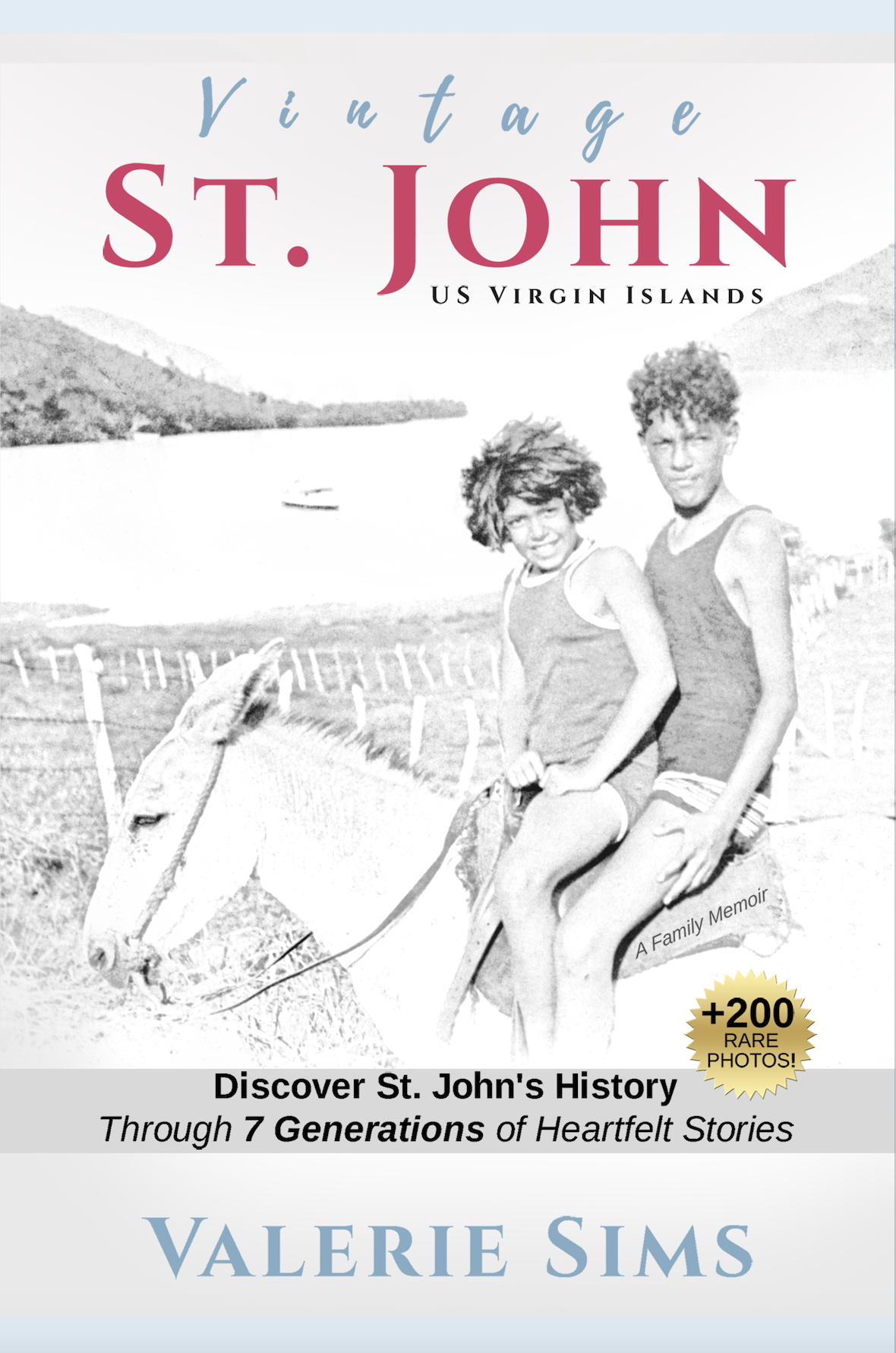 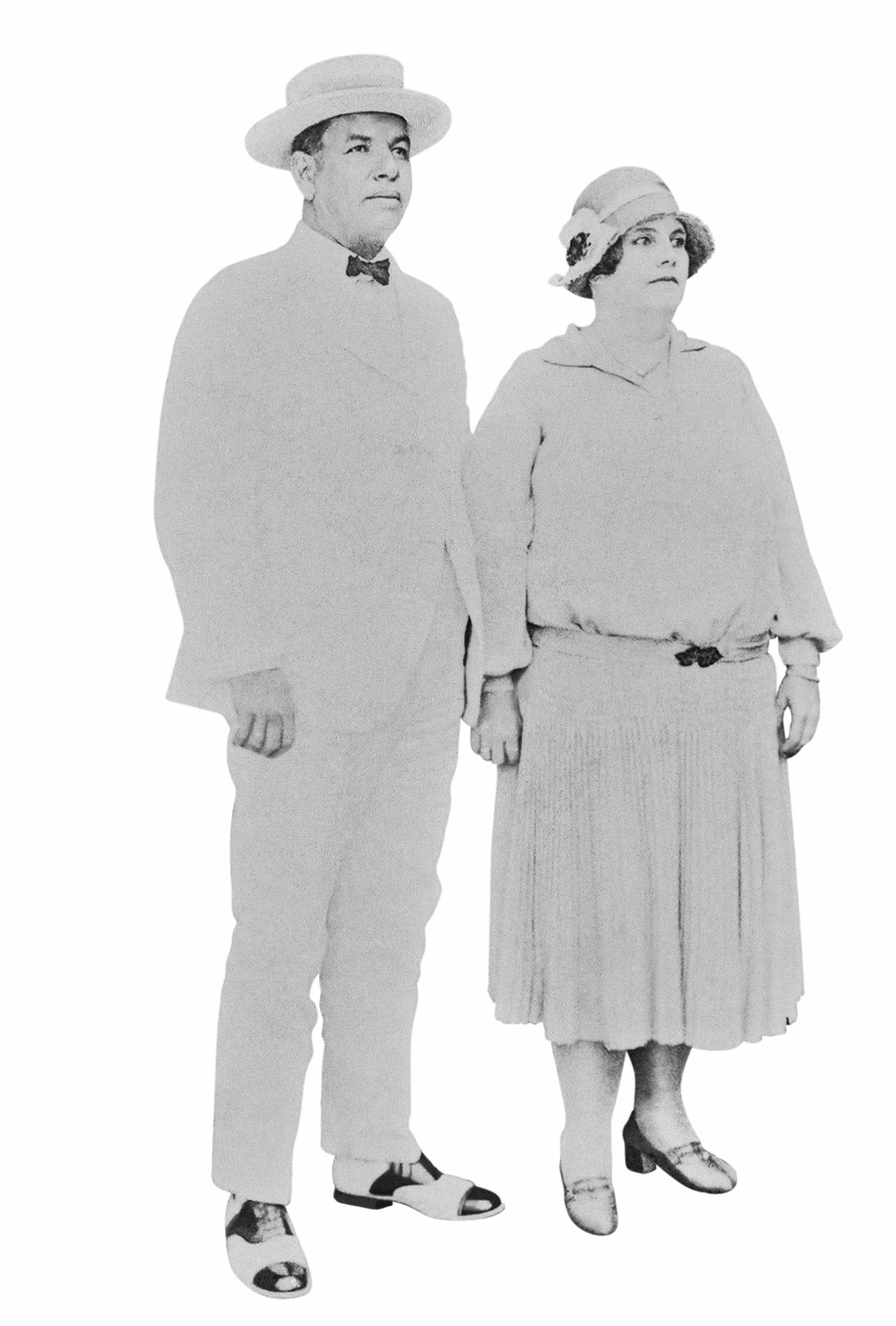 When a prominent St. Thomas merchant accumulates 2,500 acres on the island of St. John to raise cattle and cultivate bay leaves, he has no idea that his generation will be the last to farm the land.

During the 1920s to the 1950s, Herman O. Creque's hard work pays off on his estates of Annaberg, Mary's Point, and Lamesure, but at the peak of their profitability, he dies, leaving them all to his wife, Emily.

Francis Bay is their children's favorite with almost thirty years of summer memories, fishing, hunting, and crabbing. One day, the beach and summer cottage will be theirs, or so they believe.

When two conservationists from the United States visit the island in 1952, they find the unspoiled nature of Emily's lands enchanting and wish to preserve them for the "enjoyment of the nation."

Little do Emily's children suspect that life as they know it is about to change forever, and the unthinkable will tear their family apart.

Vintage St. John is a collection of their heartfelt memories ----woven together from personal interviews. They paint a vivid picture of life before the establishment of the Virgin Islands National Park... and life shortly after. 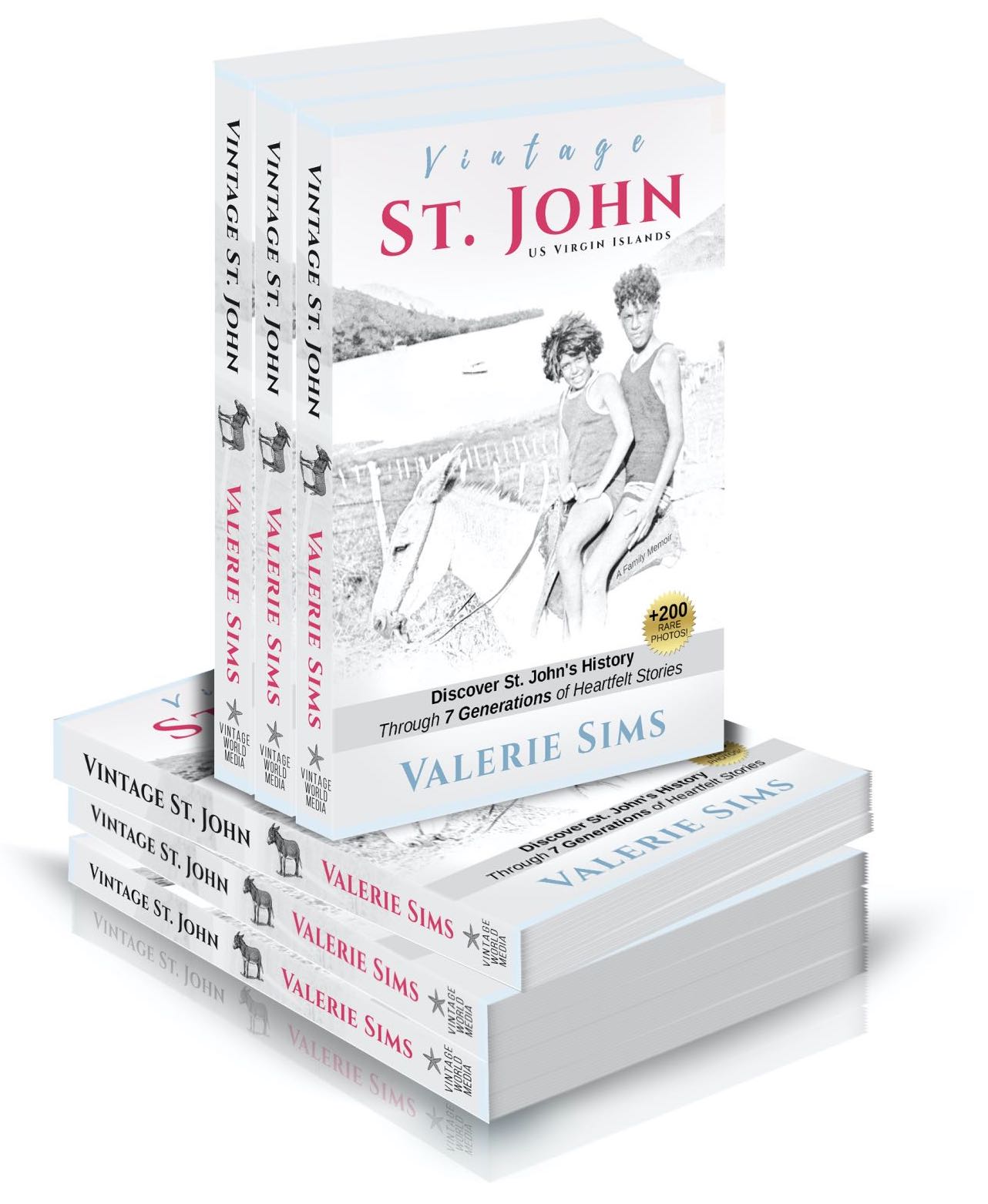 If you're like most people who are interested in St. John, you want to know more about the island's history.

The historic ruins of Annaberg and Lamesure are fascinating, but their history from the early 1920s to the 1950s has been largely unknown ....until now.

As a family historian, I was curious too and have spent a lifetime questioning my family members about their past and reading through the documents and photographs they left behind to find the answers.

In my new book, I'll share with you my most important discoveries, including when and how our family's estates became a part of the Virgin Islands National Park.

You'll have a new understanding and appreciation for the island's past. 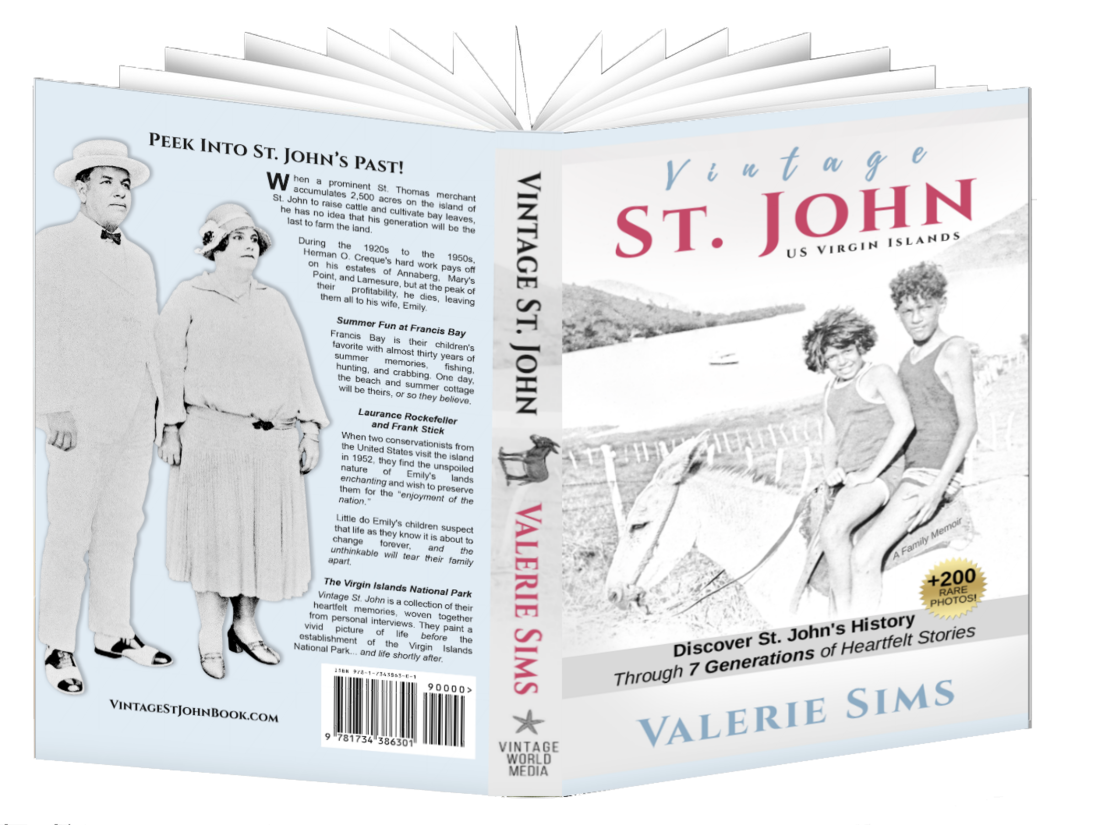 Peek into St. John's Past!

Discover how different life was 60+ years ago.

Lamesure Estate produced some of the best bay leaves in the world.  Learn more about what was involved in cultivating and exporting them. Vintage St. John includes an actual recipe used in 1921 to boil the leaves in the still.

Would you believe that at the turn of the century, Cinnamon Bay Estate produced the largest quantity of onions? Nearly 8 to 10,000 pounds were produced in one season. They were so successful that the planters from St. Thomas came over to see for themselves.

My ancestors loved conch stew and often collected the conch shells from Leinster Bay for Tardy to prepare. There wasn't anything she couldn't make mouth-watering. Included, are some of her recipes.

Fish were an important protein source so fishing and setting fishpots was a necessary part of everyday life.

Sea Island Cotton was cultivated on various estates in St. John including, Lamesure and Contant Enighed, but not in large quantities during the early twentieth century.

Did you know that St. John was known as a cattle and horse-raising island? The evidence of this was found in the roads. Everywhere one walked was covered in the droppings from these animals. Discover what it took to make this industry a success.

Crabbing was a fun activity the men in my family enjoyed. When they were young boys, they caught them and chased each other around, sending everyone into gales of laughter. Find out how Tardy, our family's nanny turned them into a delectable meal.

Hunting and cultivating small gardens was how early St. Johnians put food on the table. They consumed venison, turtle meat, crabs and fish, together with peas, cornmeal, cassava and much more. Discover which out-islands had an abundance of wild game and how it was prepared.

Count Henrik, who owned Lamesure Estate from 1904 to 1921, planted limes and exported the concentrated juice. He wanted to contribute to the betterment of the people and believed that growing limes would turn poverty into prosperity. Find out if he was successful. 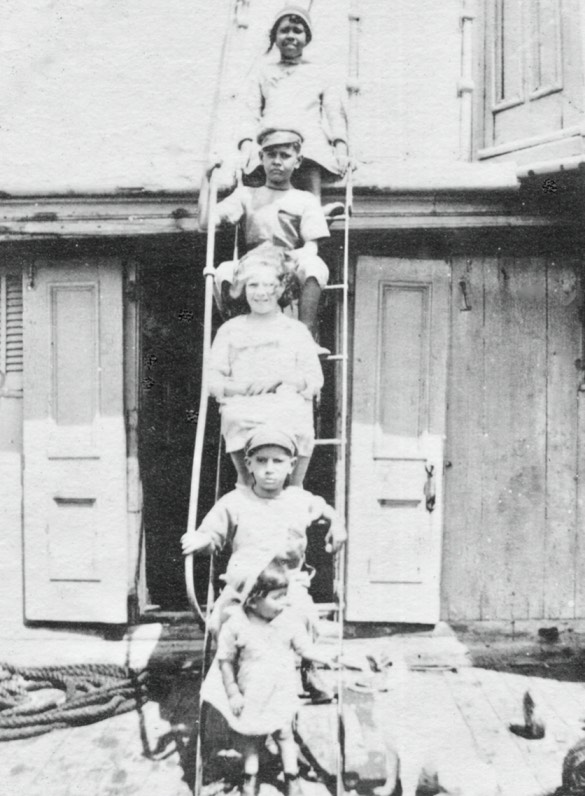 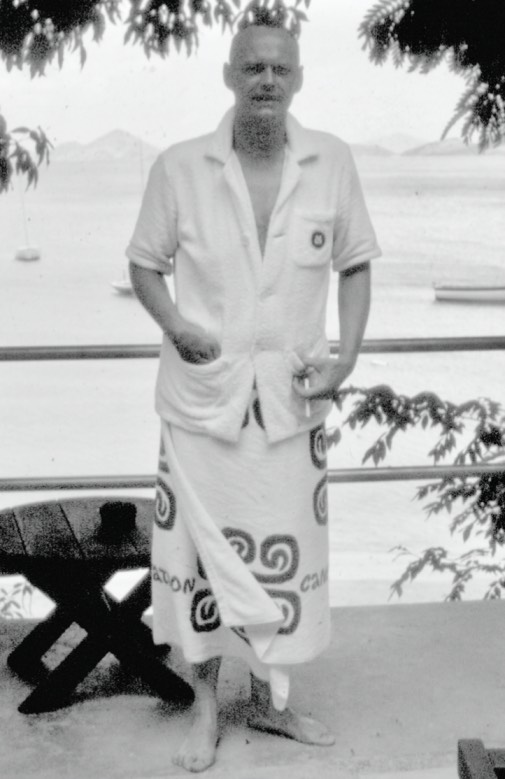 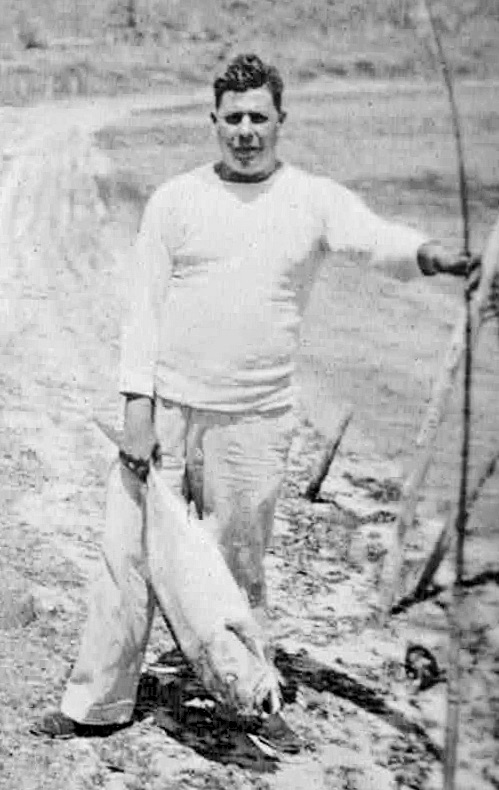 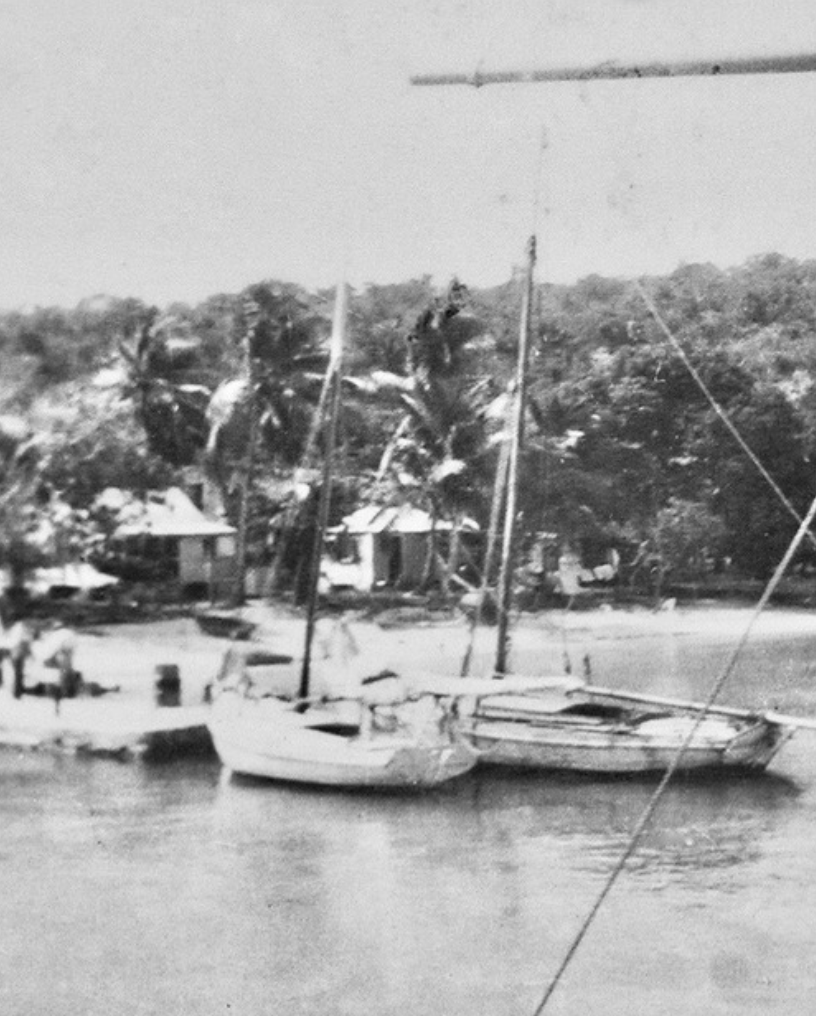 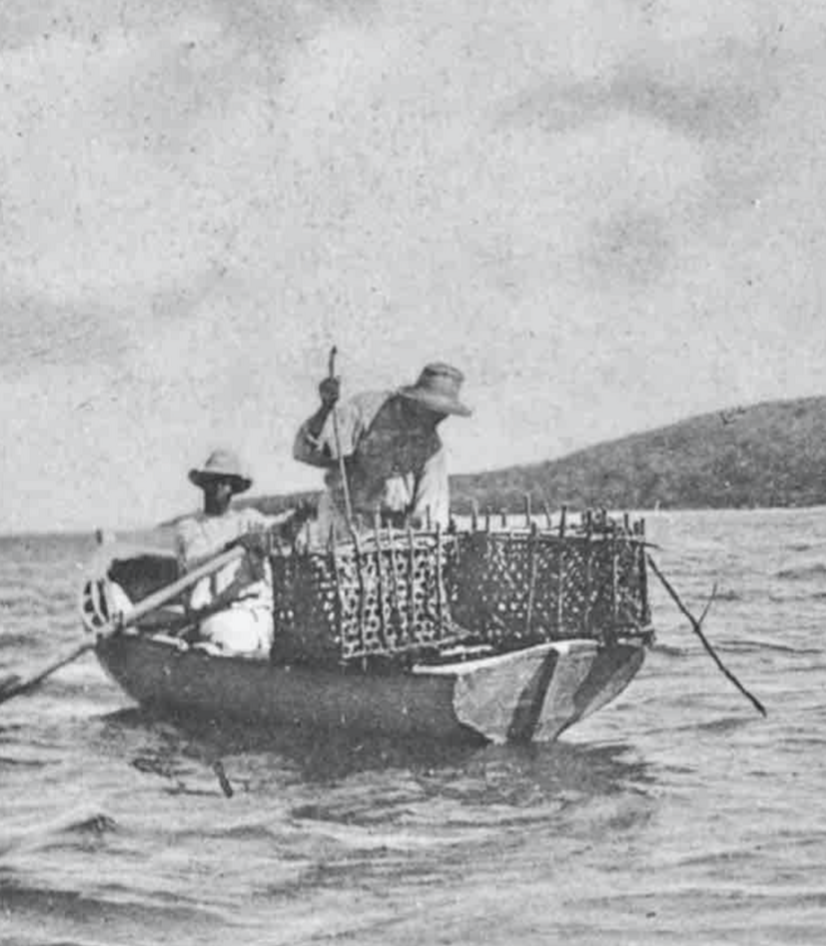 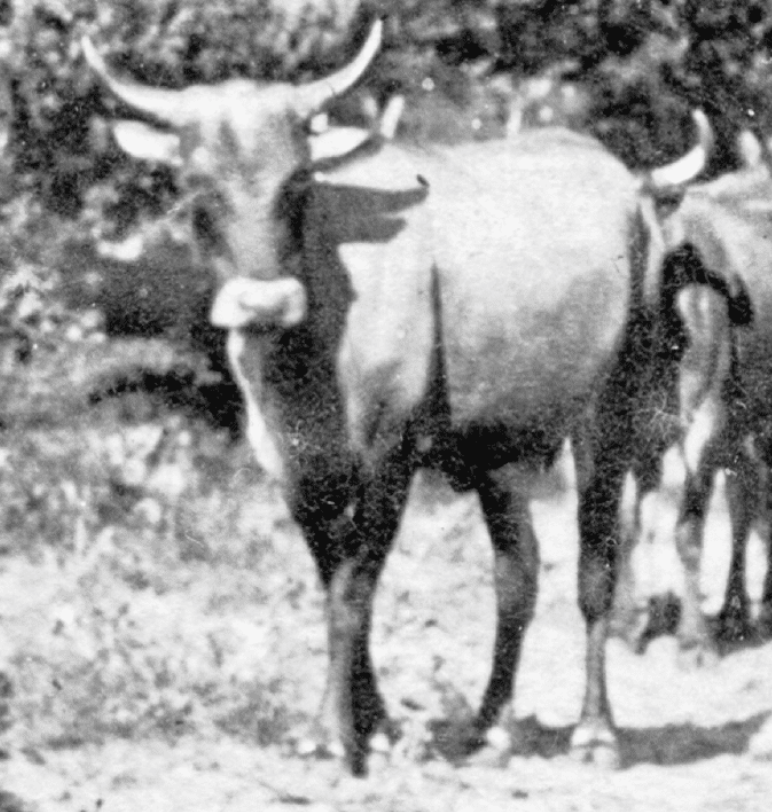 Who is Vintage St. John for?

Valerie’s love of family history all started with wonderful conversations with her grandmother!

Learning about her life growing up under the Danish flag, inspired her fascination with genealogy and family history as a young girl.

In 2010, she captured the top prize for the Deputy Governor’s History Research Award in the British Virgin Islands for her research paper. It was about her second great-grandfather entitled, The Life of Henry O. Creque, 1857 to 1915, A Biography.

Today, she researches and writes for her website, VintageVirginIslands.com. It offers over 300 blog posts about the history of the US Virgin Islands, the Danish West Indies, and the British Virgin Islands.

She also has fun creating products for ShopViHistory.com to bring the islands’ past alive with puzzles, notebooks, and prints. Each one has a fascinating story to tell!

Vintage St. John is her first book. She hopes it will inspire others to document their family stories and keep their heritage alive.

Valerie and her husband currently make their home in the Caribbean raising their two children with an ever-watchful eye on their two, rambunctious little dogs.

Is your name on the list?
I have special GIVEAWAYS for my followers!

Here's what readers are saying... LOOK INSIDE NOW ON AMAZON!