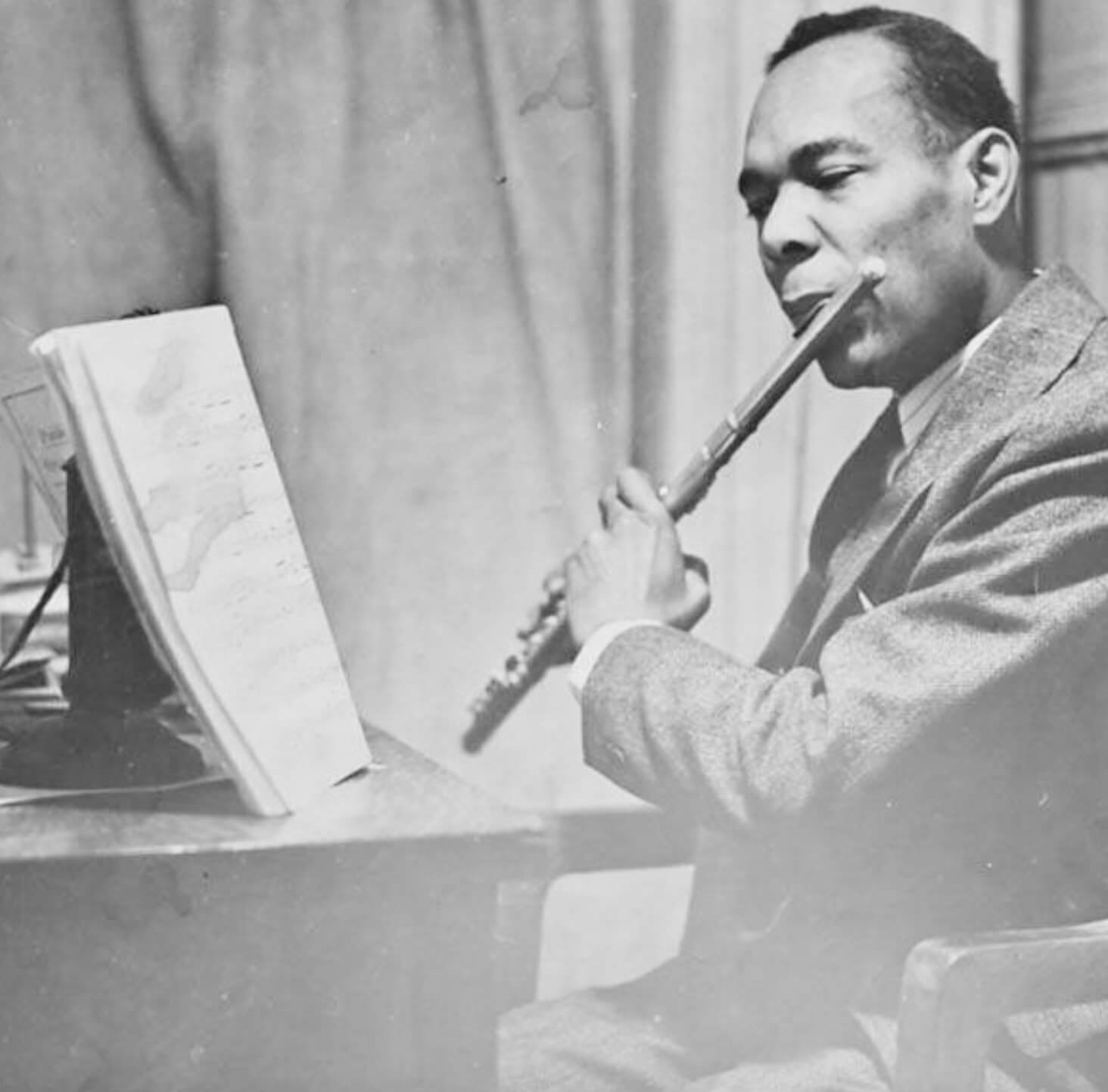 Alton A. Adams
The First Black Bandmaster in the US Navy

Alton A. Adams, a gifted musician, wrote many articles about music history for the local Virgin Islands’ newspapers. 🎼

In honor of Black History Month, here is a reprint of one of his articles, first published in 1910.

“It is an established fact that the Negro is a born musician. 🎼

Since his emancipation, he has made very rapid strides with his natural talent.

Some years ago, he was only credited with being the processor of a pleasing voice, and an inborn sense of rhythm; but after his release from the tyrant’s grasp and the swift progress he has made in science and literature, he has learned to blend in tones, the emotional with the intellectual, into one agreeable whole.

A manifestation that the Negro is naturally musical is proved by the fact that even those melodies sung by the natives of darkest Africa, who have never known the influence of civilization, while primitive in the extreme, have all the elements of the European folk-songs.

Today, we find him reveling in the divine beauties of a Mozart’s or Beethoven’s symphony, the soul-stirring strains of a Franz Schubert or the intricacies of Franz Liszt’s, “Hungarian Rhapsody,” a difficult Tchaikovsky’s concerto and the weird, stupendous dissonances of Richard Strauss.

It is true that the Negro race has not as yet produced a Mozart or Beethoven, a Chopin or Bach; but, taking our adverse circumstances into consideration, we should be proud to know that we have still produced one of the greatest of living composers in the person of Samuel Coleridge-Taylor.

Son of an educated African father and a white mother, he began violin lessons at six.

At a more mature age, he studied piano with Ashton and Composition with Stanford.

His early works included a number of anthems, some chamber music and a symphony in A minor.

For his beloved violin, he wrote the passionate “Southern Love-Songs” and “African Romances,” also the “Song of Hiawatha”.

In 1898, he became world famous by his cantata, “Hiawatha’s Wedding Feast,” which was followed with the “Death of Minnesota” and “Hiawatha’s Departure.”

These display a strength and profession of passion that sways all hearers, and the glowing richness of the instrumentation forms an appropriate frame for Longfellow’s picture.

Later vocal works were, “The Atonement” and “The Blind Girl of Castle Cuille.”

His other compositions included an orchestral ballad with violin, an Idyll, A Solemn Prelude, the music to “Herod,” and four waltzes.

All show the breadth of treatment and effects of real beauty attained by simple means.” (W.J. B. History of Music)

The American folk songs, so full of tender longing and appeal, were the offspring of the pangs which our ancestors felt when slavery crushed them under its heavy heels.

Bowed down by the burden of enforced labor, the unhappy slaves dreamed of heavenly chariots coming down for them from the azure canopy above; of the river’s rolling waters which separated them from the promised land of their dreams.

When Mr. Taylor visited the United States in 1905, and his opinion was asked of “coon songs”, he said:

“The worst sort of rot.

However, I will not object to the term “coon songs”.

They may be that, but they are not Negro melodies.

Few real Negro melodies have ever been heard in this country or in England for that matter.

Of all the alleged Negro songs with which Americans are so familiar, I doubt if any have not been adulterated, as it were.

Something has been added or something was forgotten.”

A Tour Through Africa

A prominent French musician recently made a tour through that portion of Africa where the original Negro lives and flourishes.

He visited many districts where no white man has ever been and he collected songs and melodies which I think are charming.

At least they have the advantage of being absolutely new, none of them ever having been heard in either England or America.

I am now at work on a volume which will include these, and also the few from the country which I believe to be pure.

I am also at work on what may be termed symphonic pianoforte selections, based on Negro melodies of both America and Africa.”

“I first saw him playing at marbles, holding a very small sized violin in one hand and his marbles in the other.

He was then about six years old.

I was giving a lesson at the time at the house in the Wadden New Road, Croydon and on looking out of the window I saw the boy.

I was so struck with his appearance-a well-dressed, curly-headed little dark boy –that I invited him into the house and placed a copy of some simple violin duets before him, which he read perfectly in time and tune.”

It is certainly a cause for deep gratitude that one of the world’s foremost musicians and composers, a man in the zenith of his powers, has been found.

Not only to accomplish great deeds in the musical world but especially to chronicle and preserve those sweet touching and inspiring Negro melodies from extinction.

What Johannes Brahms and Franz Liszt have done for the Hungarian folk song, Edvard Grieg for the Norwegian, Antonin Dvorak for the Bohemian, Samuel Coleridge-Taylor has done for the Negro melodies.

He selected his themes from the native songs of Africa and the West Indies; preserving their individuality duality and distinctive traits, yet giving them form and structure through consistent thematic development.

During one of his two visits to America, he received at Washington DC, a silver loving cup, duly inscribed and bearing the quotation,

By ALTON A. ADAMS