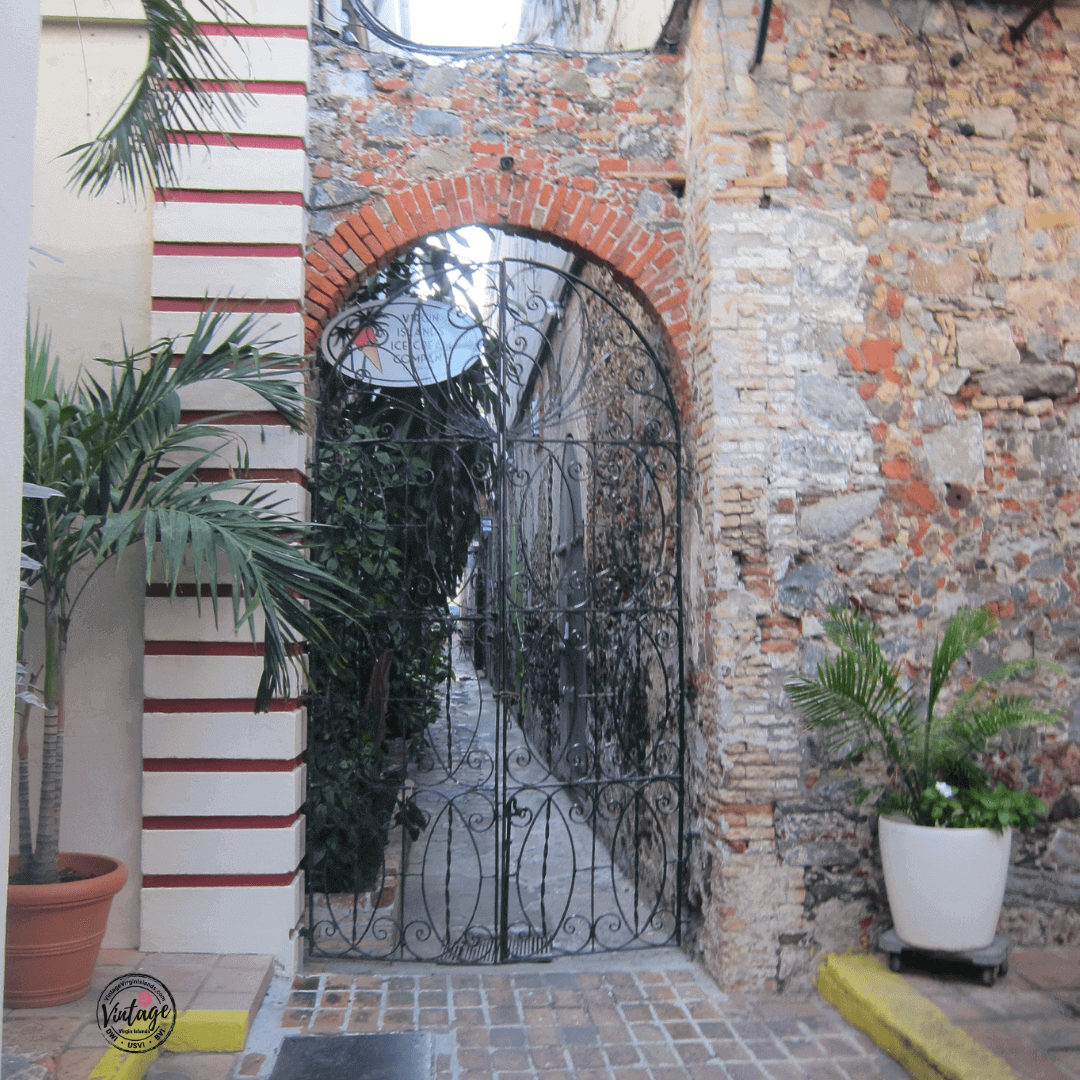 This alley, located in St. Thomas, was said to be haunted during the 1930s. 👻

My grandmother lived upstairs with her husband and told us many years later of the sounds she used to hear.

It was a private alley and no one but the family really used it.

On several occasions during the dark of night, she would hear people talking as they walked through despite the locked gate.

One night, she leaned out over the alley from the bedroom window above to see who it could be but never saw anyone.

It was scary at times because she said that it was as if they were “speaking in tongues” in another language.

Now that she’s gone, I wish I had asked her so much more about her life in the islands.

They certainly were interesting times back then!