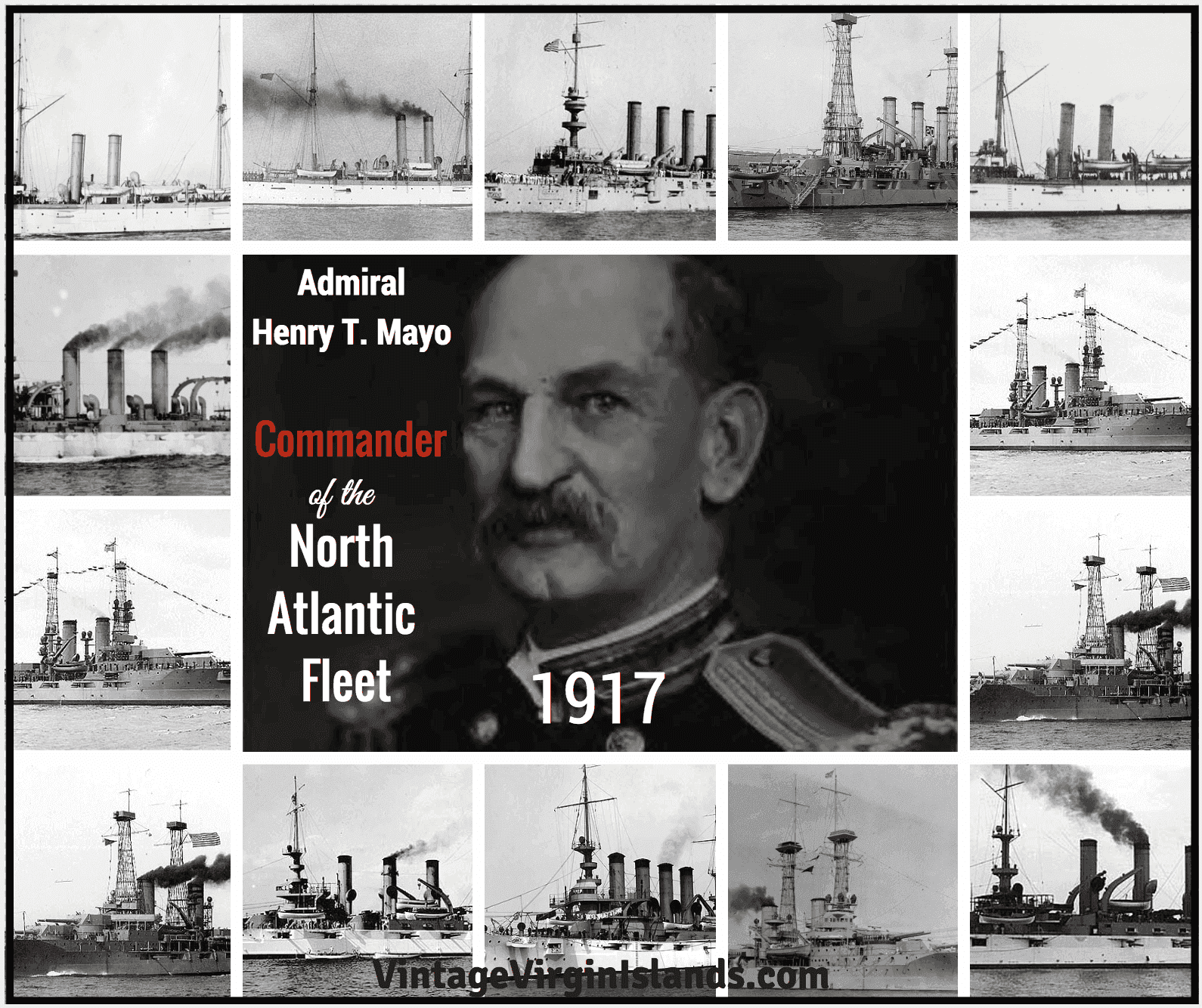 Imagine looking out to the horizon and seeing a flotilla of battleships coming into view.

This happened in 1917 on a cloudy, January morning when citizens in Christiansted witnessed an unusual fleet of Naval ships just beyond the three-mile limit.

As word spread, residents rushed down to the shore to see for themselves.

When they noticed the first battleship around Ham’s Bluff, instead of being afraid, they shouted Hurrah!”

Forty-four vessels formed almost an entire chain around the bay!

It was such an imposing sight as they slowly passed, all within a certain distance of each other.

The ships were later identified as American vessels belonging to the North Atlantic Fleet.

The newspapers carried the news:

” A fleet of American warships passed the harbor this morning from the west. It consists of forty-three vessels and is on its regular winter maneuvers in these waters. The sight of the ships created some momentary excitement, it is supposed they had come to take over, but it cooled down when the fleet got out of sight.

This was done as a show of naval strength and solidarity as well as protecting the newly acquired bases in the Caribbean like Puerto Rico.

Just a week after the Danish West Indies were ceded to the United States, America joined its allies to fight in World War I.

As citizens watched the battleship formation cross their view, they had no idea that life as they knew it was about to change. 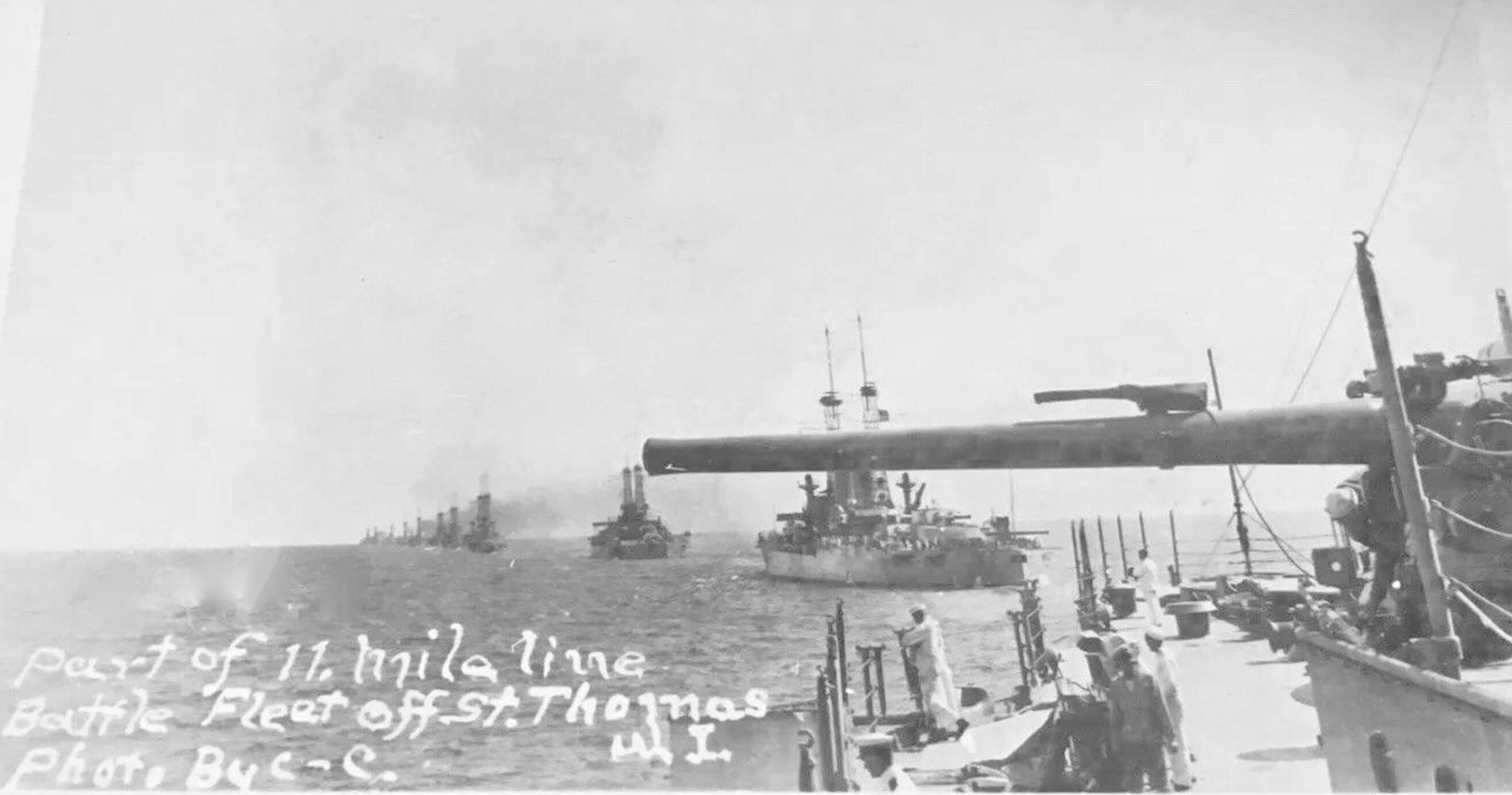 Here’s a list of some of the vessels in the fleet with links to their histories. 🇺🇸