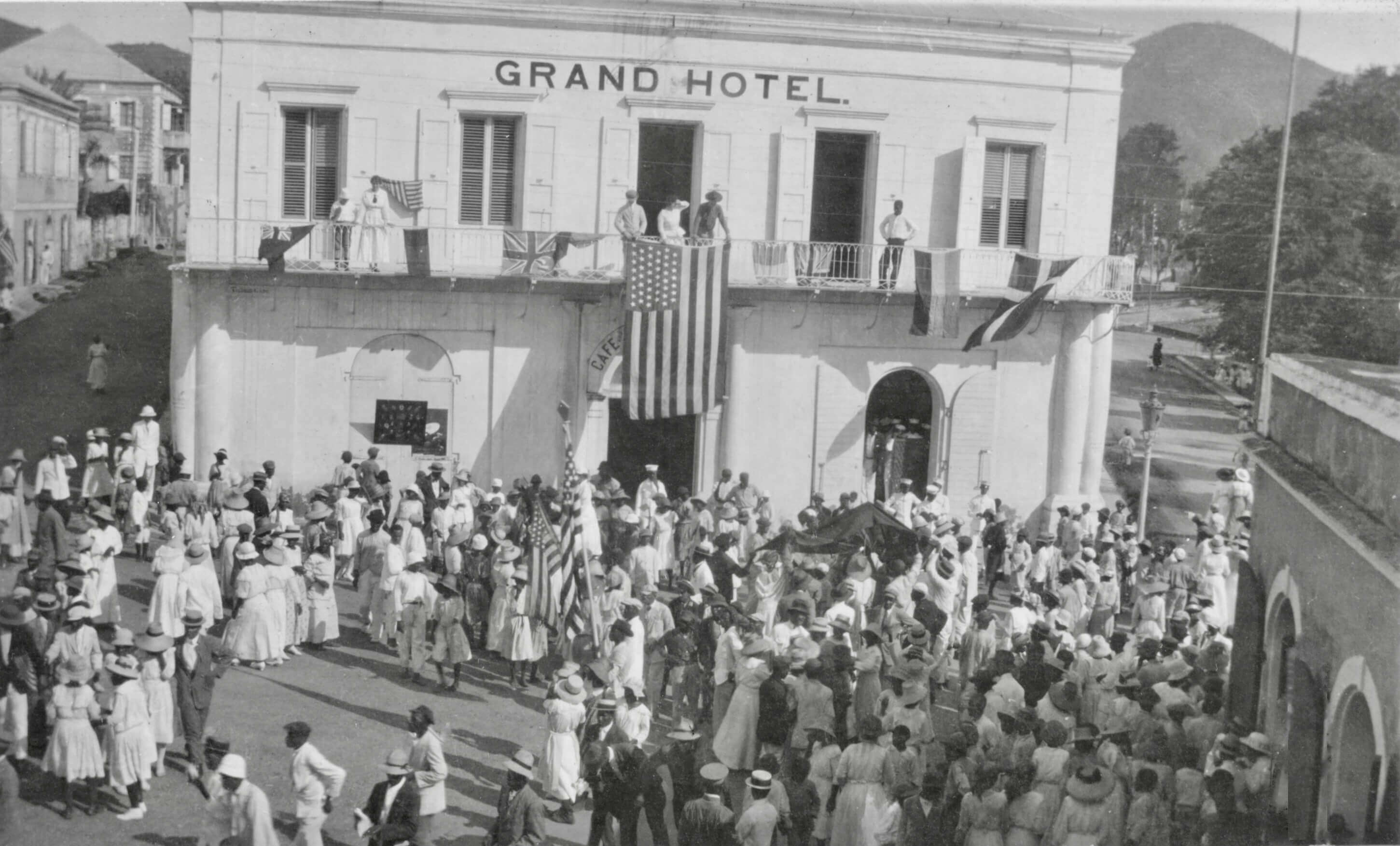 “On that grey, November morning when the news flashed around the world that war had ceased, humanity gave vent to its flood of emotions in a madness of joy that knew no limit.

Forgotten for the moment was the toll of lives and property and ideals that had been paid during the four horrible years of futile bloodshed and senseless destruction.

To all men, it seemed as if reason would govern the world once more since the sword had failed.

The war drum throbbed no longer, and the battle flags were furled.”

Armistice Day is a national holiday commemorated every year on November 11th to mark the truce agreed upon between the Allies of World War I and Germany, marking the end of the World War.

A formal peace agreement was later reached when the Treaty of Versailles was signed in 1919. 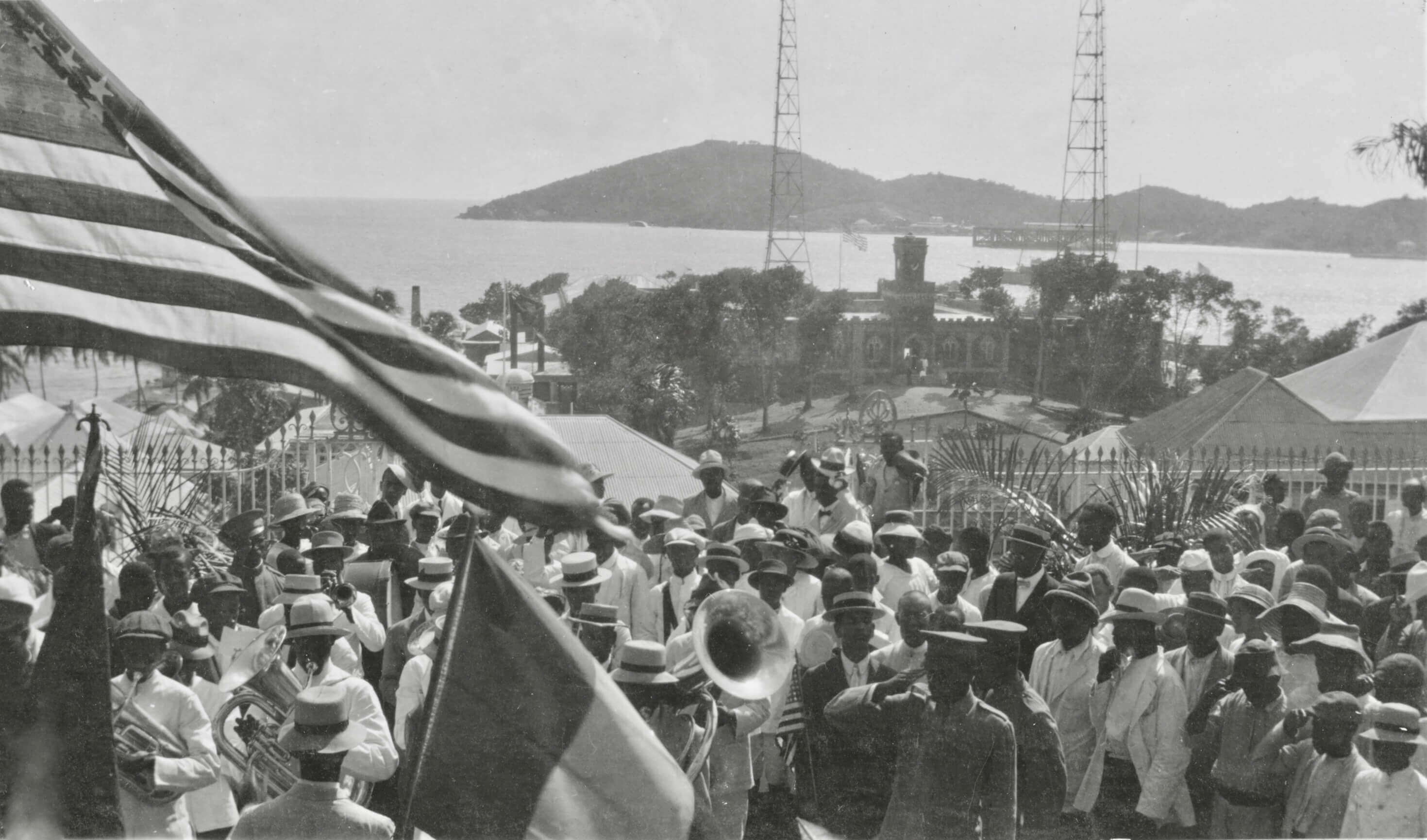 In St. Thomas, residents gathered outside of Government House and later around the Grand Hotel as the local band played patriotic songs.

It was a joyous time as the crowd gathered to celebrate the good news.

The following year, the first anniversary was celebrated on board the USS Vixen by Captain William Russell White of the US Navy.

He and his wife held a dance on board, which was attended by Naval officers, their families and many residents and guests.

By an Act of the US Congress in 1938, the 11th day of November in each year was made a legal, public holiday.

Governor Lawrence Cramer approved an Ordinance for the Virgin Islands to add Armistice Day to the list of local holidays.

Everyone stood where they were, in reverence to the fallen, until the hour of eleven had finished striking.

Today, when nations are fighting with each other, it’s important to remember that peace is based on justice and equality for all.

November 11, 2018, marks the one-hundredth anniversary since the armistice was signed.

It is a day when the world takes a moment to join silently through prayer for continued peace. ☮︎