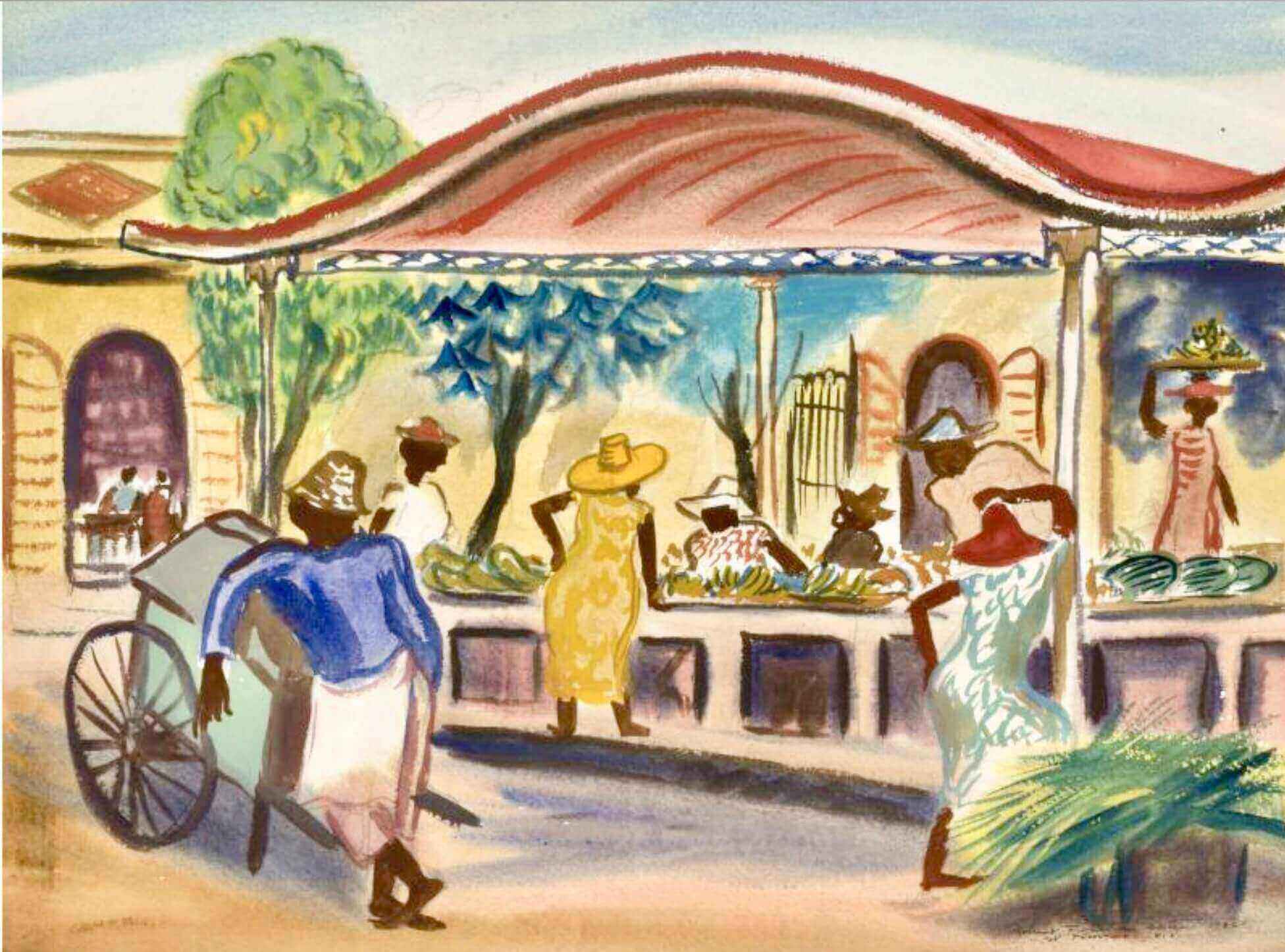 Here are several that were created in 1936 that captured the colorful and whimsical side of St. Thomas.

During the summer months, Robert F. Gates and several American artists visited with the intention of creating watercolors that would reflect the island’s scenic beauty.

Robert and his wife, Margaret Casey Gates were both members of a group working under the Works Progress Administration in Washington DC.

Its emphasis was to give the public an idea of what the islands were like with the hope of making them more attractive to tourists.

These paintings were exhibited in museums and galleries as high-grade advertising with some of them displayed in Federal buildings. Others became posters and postcards.

He was an accomplished artist, known in national art circles throughout Washington DC.

In 1936, he painted this colorful market square scene with its lively food vendors and happy atmosphere as well as this playful scene at the Emancipation Park with the Grand Hotel in the background.

Some of Robert’s paintings can be found in the Phillips Gallery Collection as well as the private collections of Mrs. Vincent Astor and Mrs. Nicholas Longworth.

This was a project wholeheartedly supported by Governor Lawrence Cramer.

He felt that sending these easel paintings on traveling exhibitions throughout the country would create excitement and interest.

Robert won several awards and taught art at the American University for more than thirty years before passing away in 1982.

He left a wonderful legacy of painted beauty for all to enjoy.