Have you ever met a movie star?

It’s an exciting experience, especially for a starry-eyed student growing up on a small island.

While chatting with my mother about her childhood memories, she shared this encounter with the famous movie star, Dana Andrews.

He arrived in St. Thomas to film an underwater movie with co-stars Richard Widmark and Gary Merrill in early 1951.

Searching for the Movie Star🔎

When she and her school friends heard he was in town, they strolled along Main Street, looking into all of the perfume shops and novelty stores hoping to catch a glimpse of him.

They couldn’t believe their luck when towards the end of the day, they spotted the face they had only seen on the big screen.

What a delightful surprise! It was him!

Mr. Andrews was stepping out of the Elverhoj store, which sold tropical island outfits.

Just inside, was a small bar with drinks for their shopping patrons. He must have been having an afternoon refreshment.

As he exited onto Main Street, he headed east towards the Grand Hotel and the Emancipation Park.

The girls giggled amongst themselves and decided to follow Mr. Andrews while trying to muster the courage to ask him for a photograph.

When they got to Emancipation Park, just in front of the Grand Hotel, Marlene nervously approached him.

“Mr. Andrews”, my mother softly said, may we have a photograph with you?”

His quick reply was: Yes!

The girls were thrilled!

As they stood beside him, two unidentified sailors quickly jumped into the photo eager for the opportunity to meet him as well.

This was a special day for my mother, one that she will never forget!

Do you have a celebrity story to share? Ask your family members. You may be surprised.

I would never have known about this story, if I wasn’t curious about the above photograph tucked away in my mother’s album.

Below is an excerpt from the movie, The Frogmen.

Here are two more interesting island stories that my mother shared with me about her memorable moments growing up in St. Thomas. 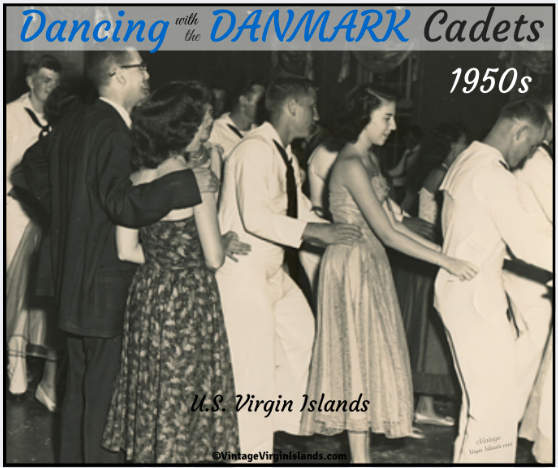 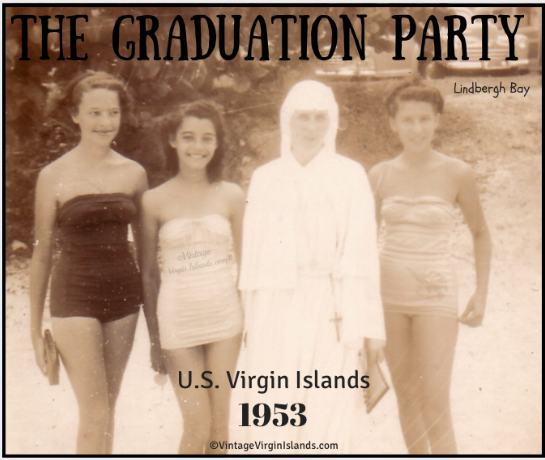 Have a look inside my new book!