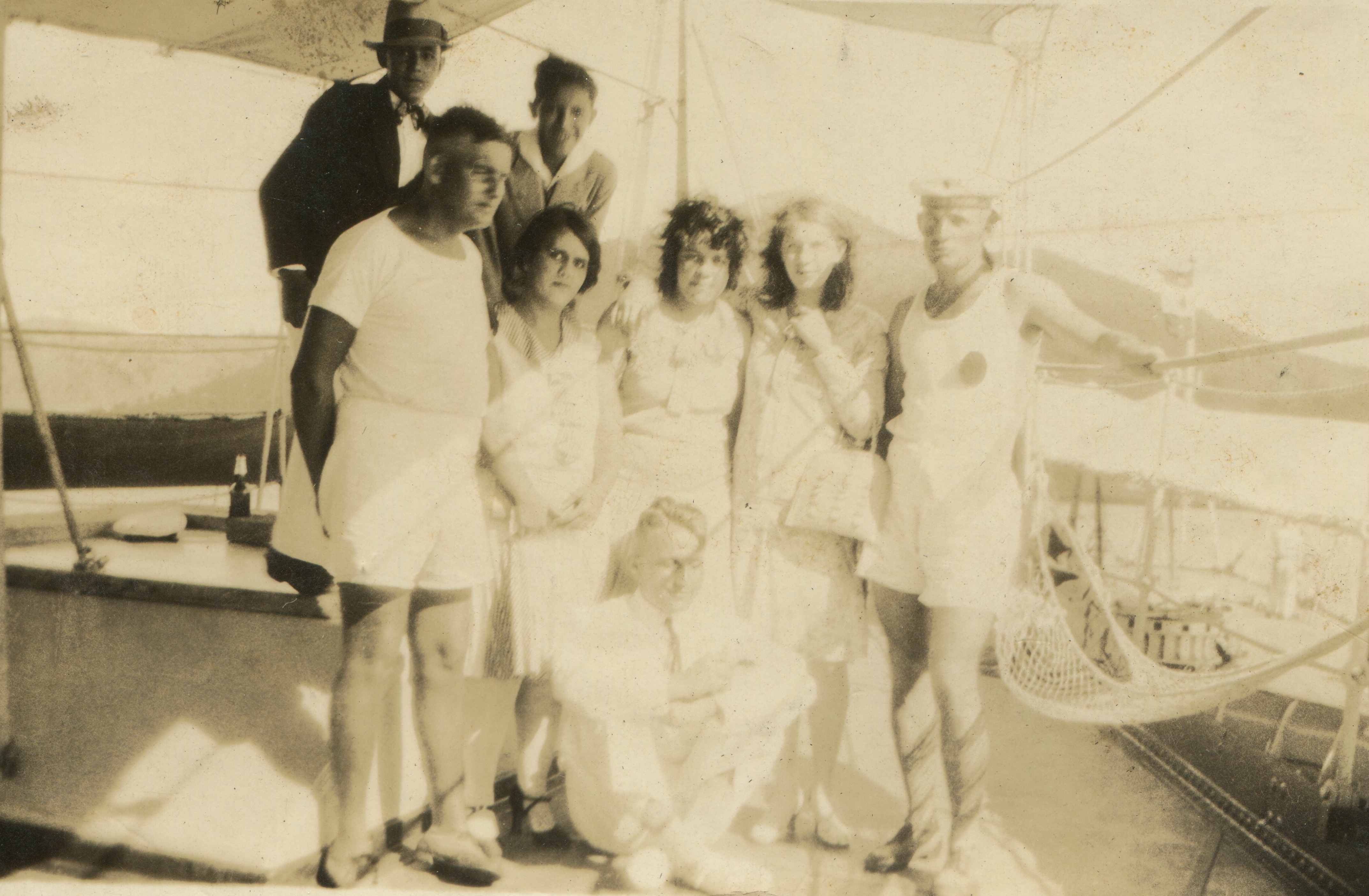 I’ve looked at this photograph at least a hundred times, hoping to figure out what vessel our family members were visiting! 🔎

It was obvious to me that it was taken in the 1930s, but hundreds of vessels have visited the US Virgin Islands.

In the center are our grandmother and her siblings.

The only clue I could find in this picture was the cadet’s hat.

If I could figure out which seamen wore this type of cap, I might learn the ship’s name and year the photo was taken.

On closer inspection, I noticed that words formed the crown of the sailor’s cap, but what did they represent?

I started searching though the old newspapers.🔎

After skimming through eight years of articles, I came across an interesting clipping.

It mentioned the arrival of a German school ship called the Horst Wessel.

When I googled the name, there on wikipedia was a photo of the crew wearing the same type of cap! 🎩

She was named after a fighter and poet who fought at the front lines of the German revolution and was later killed.

A Reception for the Crew

On May 12, 1938, a reception was held at Government house for the visiting officers and cadets.

Our grandmother and her family must have attended this reception.

Here, they would have met some of the officers and received an invitation to visit the ship. I can only imagine how excited they must have been!

Since 1946, after becoming a prize of war, the Horst Wessel became known as the USCGC Eagle.

Remarkably, it is still in operation, only now, it trains US cadets. 🇺🇸