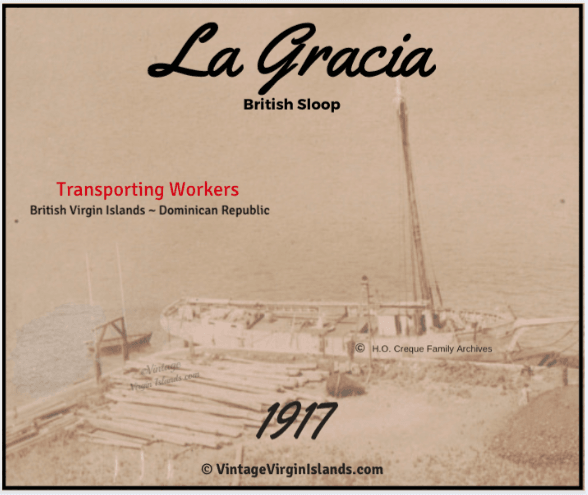 Between 1914 and 1939, the Dominican Sugarcane plantations employed hundreds of seasonal cane workers from the British Virgin Islands! 🇻🇬

According to Canefields of the Dominican Republic, by Will Johnson, the sugar factories in La Romana and San Pedro de Macoris paid between $20 and $30 weekly for six consecutive days of work.

In the Leeward islands, the average salary was barely $12 per month.

The men worked for six months of harvest and then returned to their homelands. 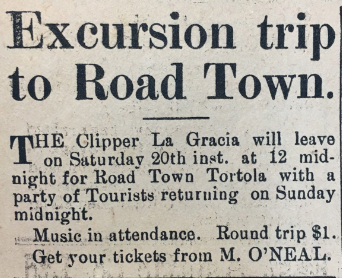 On October 30, 1917, the captain of the sloop, La Gracia submitted a copy of his manifest to the Consulate office of the Dominican Republic in St. Thomas, before proceeding to San Pedro de Macoris.

This document listed the names of 121 cane workers hired to harvest the ripe sugarcane.

Included were two Creque brothers, 27 year old, Rediman and 21 year old, Ferdinand. Both were sons of William Cameron Creque and his wife, Annetta Knight from Anegada.

The majority owner of the sloop was Carl Harrison Chaplin Creque, a shopkeeper in Tortola and the elder brother of Rediman and Ferdinand.

Research by David Knight Sr. and Laurette de T. Prime uncovered the following document with the names of the cane workers.

For those researching their family history, this document is an amazing find! 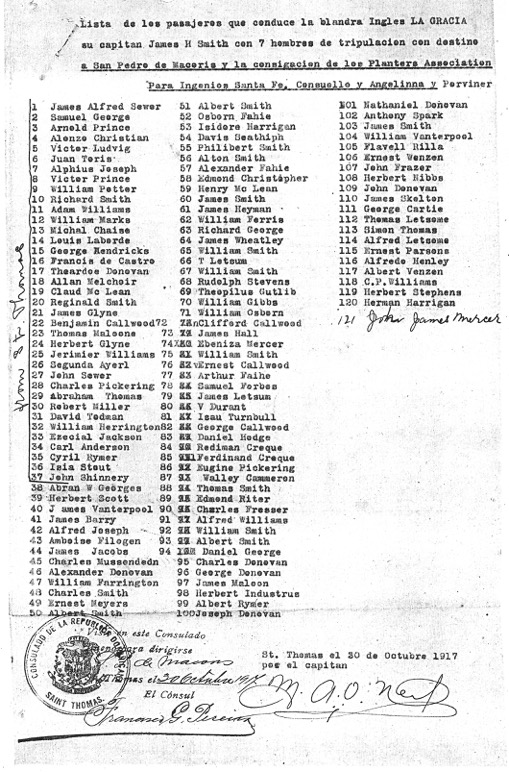 * A special Thank you to David Knight Sr. and Laurette de T. Prime for sharing their research.  This list is invaluable to those interested in genealogy in the British Virgin Islands and U.S. Virgin Islands. UPDATE – Jan 2, 2016 – New research has revealed that Captain James H. Smith and his brother were the original owners of the LA GRACIA.  They must have sold their interest at a later date to Carl Harrison Chaplin Creque.   UPDATE – December 5, 2016 – New passenger list for Tortola ~ July 24, 1918 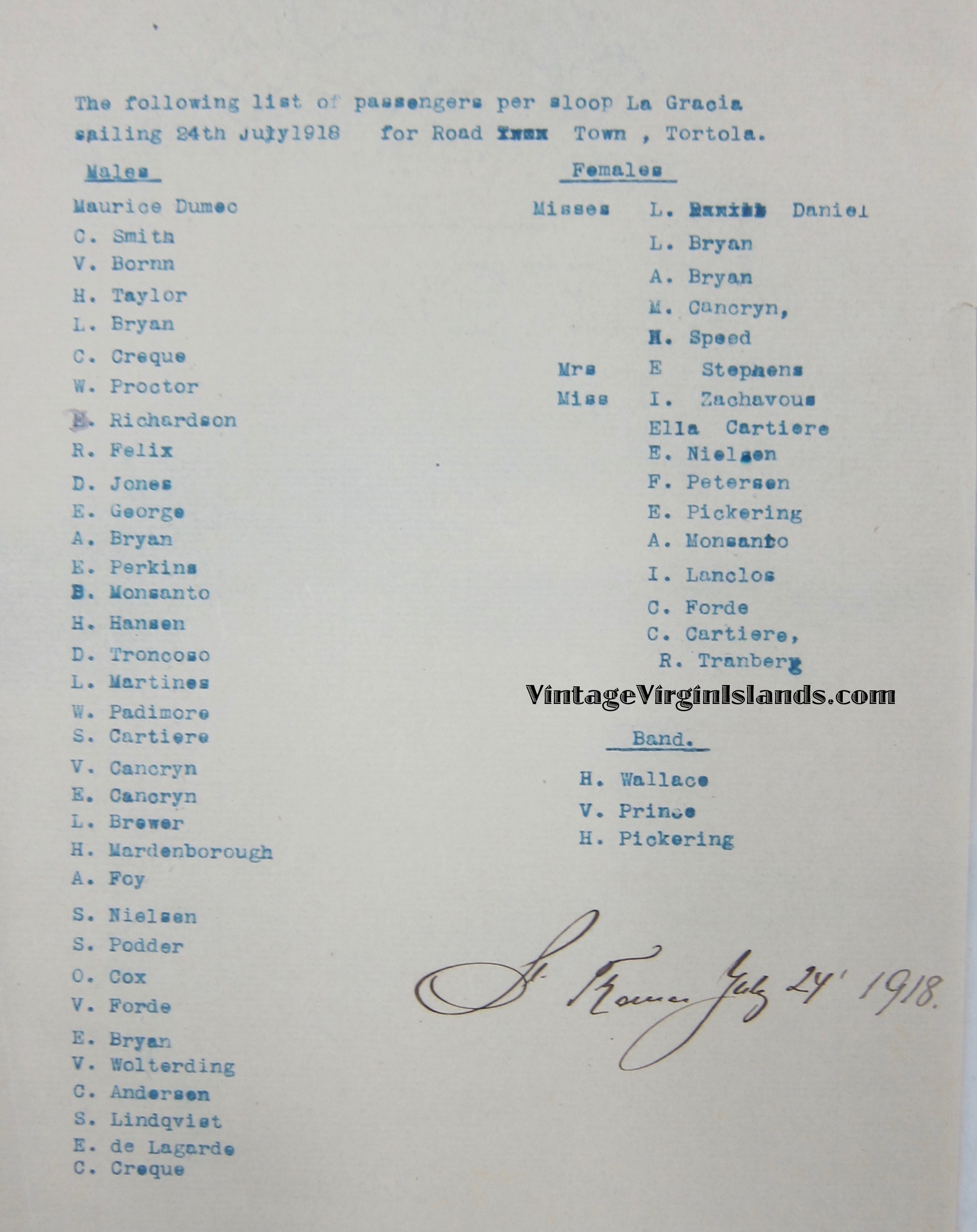