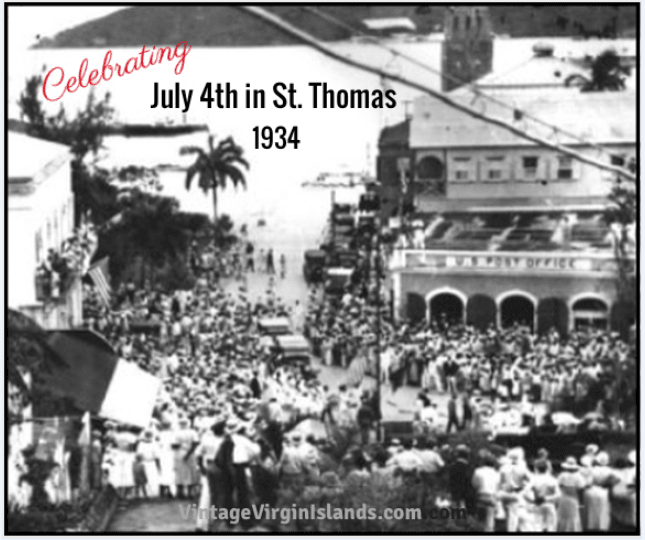 July 4th is the most significant day in the history of America!🇺🇸

Colonists from thirteen states, having outlined their list of grievances as to why they no longer wished to remain under King George III’s suppressive rule, created a new allegiance to form the United States of America.

On this day in 1776, Congress officially approved the final text of the Declaration of Independence.

Their founding principals were:

During the 1930s, the Virgin Islands honored this patriotic holiday.

It was a fun day for everyone!

All around the island, neighborhoods and towns were decorated with American flags and banners.

This week, I had the privileged opportunity of seeing the original Declaration of Independence on display at the National Archives in Washington, DC.

For anyone interested in the history of the United States, this is a wonderful experience.