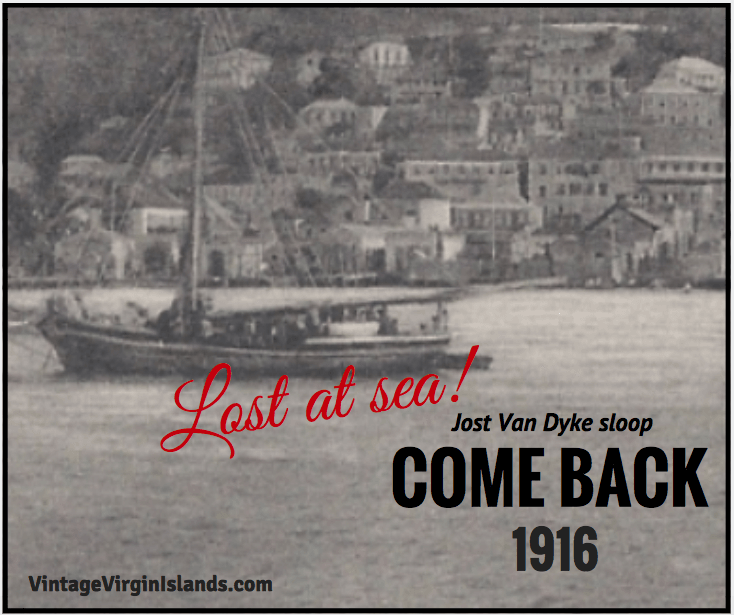 Imagine saying farewell to your loved one at the dock as they boarded a boat, then discovering later that they never made it to their destination.

On a dark and rainy evening in January of 1916, Mr. C.H. Berrian hugged his wife goodbye as she boarded a boat destined for West End, Tortola.

She had been staying at the Grand Hotel and was heading to Tortola to visit friends.

The little boat she traveled on was a sloop called, Come Back, originally from Jost van Dyke.

The next day, Mr. Berrian received the frantic news that she never arrived!

Searching for the Missing Boat 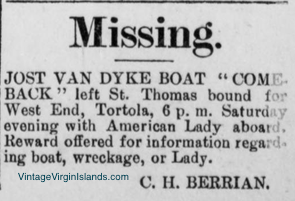 He immediately dispatched telegrams to all of the islands including Puerto Rico and St. Croix.

Frantic searches were made of all the surrounding cays! Mr. Berrian was in agony!

He placed notices in the newspaper for several days asking everyone to be on the lookout.

During the early 1900s, many of these inter-island vessels met disastrous fates.

The capsizing of the St. John boat, Seagull with the young cricket team aboard was a devastating tragedy.

A few years later, the Success was wrecked and the British sloop, Syria in 1912.

Our uncle lost a brother-in-law on the SS Proteus when the vessel vanished without a trace in 1941.

Finding and Identifying Pieces of the Boat

A month after the Come Back went missing, searchers found a piece of wreckage on Lovango Cay.

They identified it as a “cross midship seat”.

Upon hearing this news, Captain John Blyden and his son, who knew the boat well, went to see it.

They recognized the seat as belonging to the boat and surmised that it must have been lost northwest of Great Thatch Island.

Unfortunately, no happy news was every reported.

The missing boat, her captain, and the American visitor, Mrs. Berrian were lost.

This year marked the 106th anniversary of this sea tragedy. ⚓ 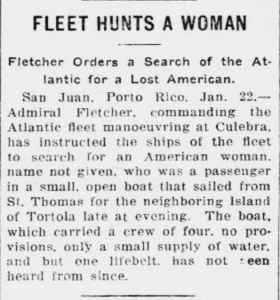 *Stock image of the sailboat was used to illustrate this story.