Governor Paul M. Pearson was a great supporter of the arts!

In 1932, he invited Miss Louise Stallings, a young American soprano to perform.

She arrived on August 9, 1932, with her accompanist, Mr. Helfenbein to give a series of concerts similar to her programs given in New York City.

She engaged the audience at the Community Hall with the most incredible performance!

Spanish, French and Italian attendees were impressed with her “rich, mellow voice, as well as her intelligence and interpretative abilities.”

During Ms. Stallings’ short stay, she took the opportunity of visiting Christiansted.

There, she gave an impromptu concert for those at the Leper asylum, the penitentiary, and the insane asylum.

Governor Pearson was so moved by the immediate impression the young artist had on those less fortunate, that he wrote about the experience in a letter home.

He said the most picturesque audience was at the Leper asylum.

Eighty-four lepers gathered to peer through their wire fence to listen to her.  He was very moved to see that even there, Miss Stallings gave her high-grade program. 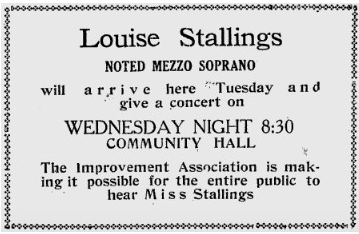 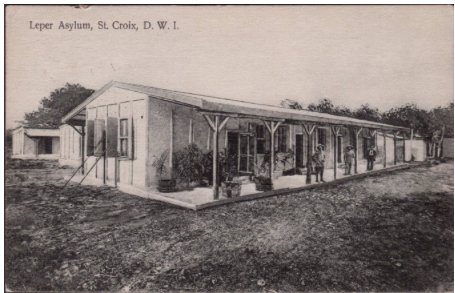