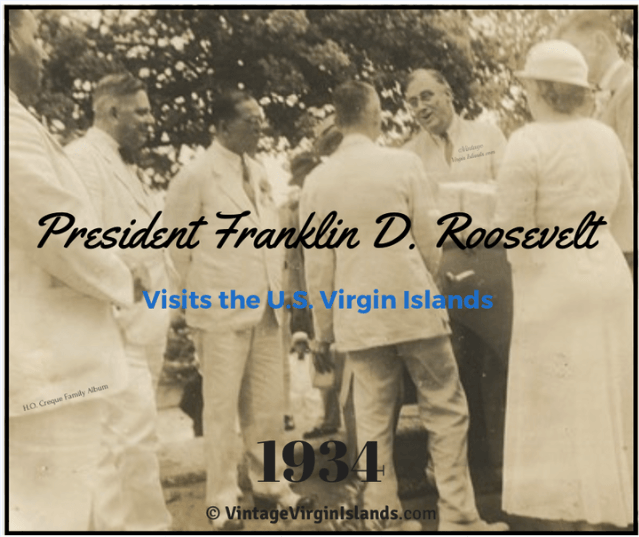 The summer of 1934 was one of the most memorable for Virgin Islanders!

Arriving for the first time was the President of the United States, Franklin D. Roosevelt, someone our grandmother was very fond of.

When he disembarked, 18,000 cheering citizens greeted him!

He was touring several islands including Hawaii and Cocos Island enjoying his favorite pastime, fishing.

The Chairman of the Colonial Council (Dr. Viggo A. Christensen) welcomed him.

On the occasion of your setting foot today on our island, I have the honor and the pleasure, on behalf of the inhabitants, to greet you and wish you welcome.

This is a day of anticipation and of joy, a day of hope.  Welcome to St Thomas! 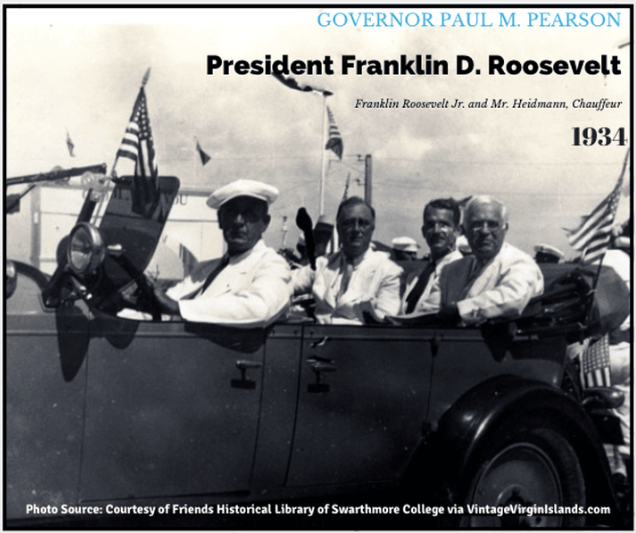 In the early afternoon, Governor Pearson took President Roosevelt and his son, Franklin on an island-wide tour.

Everywhere they went, huge crowds of well wishers greeted them with shouts of joy and hurrahs!

They all seemed to have a banner or a flag and were feverishly waving them in support of the President and his National Recovery Administration program.

The NRA was a set of federal programs President Roosevelt launched to stabilize the economy after the Depression.

It created jobs for millions of desperate families that would otherwise loose their homes and their farms.

After the parade, which included music by the famous Bandmaster, Alton A. Adams, the President visited Lindbergh Bay and Bluebeard’s Castle.

He then preceded to Government House to greet several invited guests.

Afflicted by Polio at age 39, the President did not seem hampered by his disability.

He stood outside his car for the entire hand-shaking ceremony and seemed unfazed by the heavy metal braces he wore to keep himself upright.

During this ceremony, Mrs. Edna Pearson, the Governor’s wife, presented a gift package of preserves and rum made by local manufacturers. (pictured above)

My great-grandfather, a member of the Colonial Council and the reception committee, was among the lucky few who shook the President’s hand.

After greeting dignitaries, the President boarded the USS Houston with several government representatives. 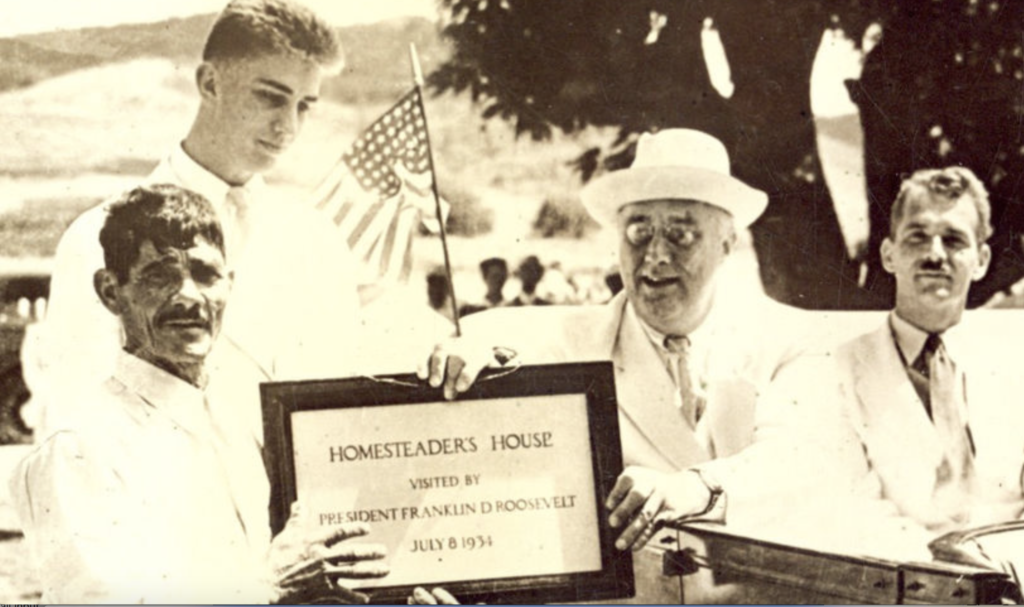 Eleven years after the President’s memorable visit, he passed way at his cottage in Warm Springs, Georgia.

The nation was grief stricken.  Upon hearing the sad news, our grandmother wrote a poem about him.  I think it reflected the way many Virgin Islanders felt.

When World War II ended (a month after his passing), many wished he could have lived to see that momentous day. (May 8, 1945)

Father of our country great,
Realms and islands, kingdoms, states
All bow down in grief today
Now that you have passed away.
Knowing now that you have gone,
Leader, how you led us on
In our fight for peace. Your quest
Now is ended. Sleep and rest.

Do not think that we’ll forget
Even though our eyes are wet;
Leader, we’ll fight to the end.
All our efforts we shall bend
Now to make your dream come true
Of the peace you never knew.

Right shall live forever more
On the sea and on the shore.
Oppressed nations shall be free,
Savior of Democracy.
Earth shall cease its cries of war,
Victory shall spread afar
Eyes with happiness will shine.
Leader, born to lead mankind,
Thy own peace in God you’ll find. 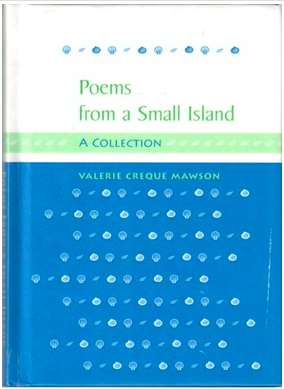 Order Here in the Shop