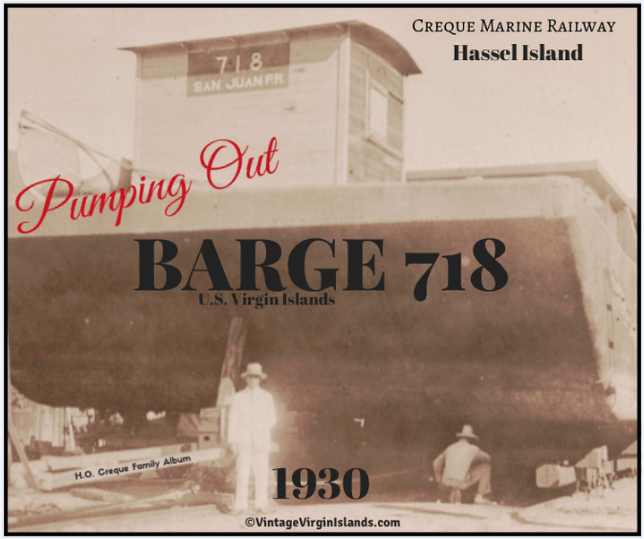 In 1930, a potential client representing the United Sugar Company in Humacao, Puerto Rico, inquired about having the company’s barge hauled at the Creque Marine Railway.

He spoke with Mr. Creque, who promptly responded with the price of hauling: 75 cents/gross ton, plus launching and each day on the rails.

Three days after Christmas, Mr. Huyghes brought the vessel to the loading dock.
Over thirty-five workmen pumped the water out and repaired her hull plates.

Satisfied with the work his employees performed, Mr. Creque wrote to his client.

“This has been the quickest job ever experienced on the ways…. no effort has been spared to expedite the work.

Although, in work of this nature, water is expected to percolate through the seams for a few days until the rusting up process seals it permanently, yet on launching, not one drop of water was made, proving the general excellence of the job.”

I wonder if Mr. Huyghes was just as pleased with the job as Mr. Creque?

Have a look inside my new book on Amazon!