During the 1930s, Snipe boat racing was an exciting sport in the islands!

The first Snipe boat was designed in 1931 and became a popular racing class with fleets around the world.

In 1935, an International Snipe Class Association was organized in St. Thomas.

When he launched them from his shipyard (located at the corner of De Beltjen Road and Lovers Lane), crowds of spectators who loved the sea sport came to see them.

They were ready in time to take part in the Thanksgiving week celebrations.

Everyone was excited to watch as they sailed from the Pier head around the Scorpion buoy to the Carenage buoy and back.

WINNIE appeared to be a crowd favorite and winner several times with Skipper W.G. Lewis at the helm. 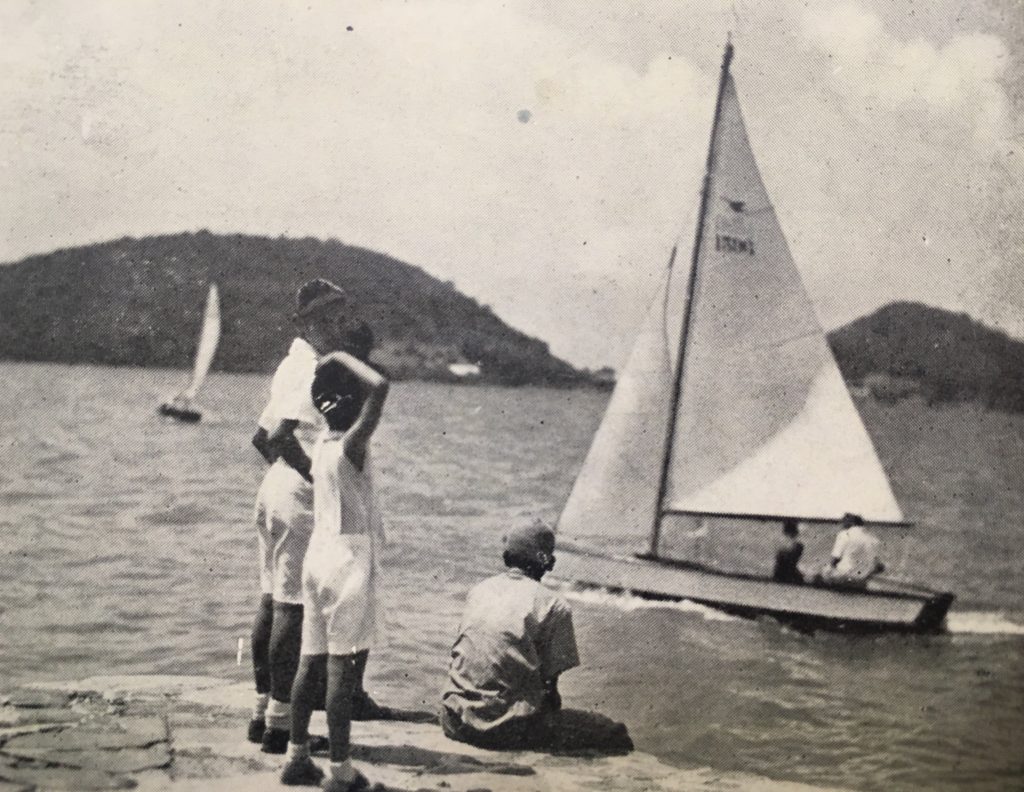 Many races took place in the Christiansted harbor after the boats were shipped over on the SS Catherine.

Below, are the names of the last known registered owners provided by the International Snipe Boat Association.

I was so excited to identify this photo when I happened to notice the small logo on the top of the sail.   Can you see it in the photograph above? ?  Many thanks to Snipe.org for their assistance.