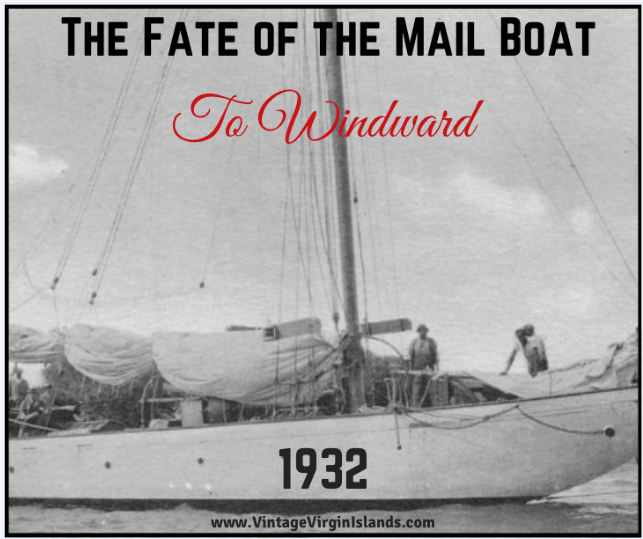 During the 1920s and 1930s, the yawl, To Windward transported mail and passengers between the islands.

Its owner was Captain Christian Moller.

On August 15, 1932, they departed Christiansted for Denmark by way of Portsmouth, England with a cargo of mail.

Gale force winds battered the boat until most of her rigging was gone!

So leaky was the hull, that the captain believed she was doomed to sink.

A distress signal was hoisted and quickly spotted by a nearby steamer.

The Sahale rescued the exhausted crew and brought them to the nearest port.

From there, a cable was sent home to let everyone know they were safe.

In March 1933, when the survivors returned to the islands, a huge crowd gathered to welcome them. Captain Moller, Wilfred Allick, and Ignatius Petersen were local heroes!

One of the crew members, Wilfred Allick was affectionately known by the name, Bomba.

Now a legend after surviving such a harrowing disaster, two local ferry boats were named after him, the Bomba Charger and Bomba Challenger.

Many family members have traveled countless times on these vessels, never knowing the history behind their names.

As for the To Windward, her fate was left to the high seas. ⚓