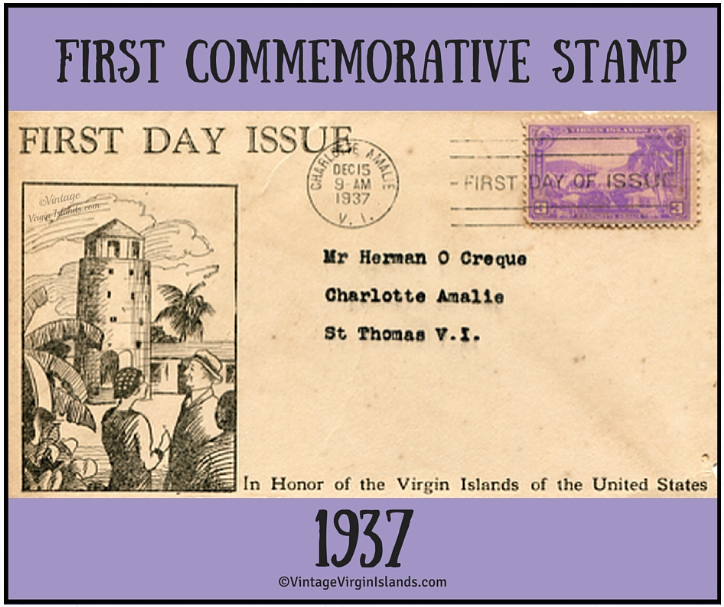 When the announcement of the issuing of a commemorative stamp for the US Virgin Islands was published, many island citizens were eager to purchase a small part of their heritage! 🇻🇮

On December 15, 1937, my grandfather attempted to be one of the first to purchase his set but was deprived of the privilege.

That honor went to Enrique Vazquez, a collector from Puerto Rico who arrived at the Post Office before 6:00 am.

Leon Mawson did not leave disappointed. He had the fortunate opportunity of purchasing the last stamp sold that evening at 9:15 pm.

As a special courtesy, Postmaster de Lugo autographed it for him.

Who Took the Original Photograph?

According to a newspaper article, over thirty beautiful photos were submitted for consideration.

The winning photograph was taken from the road just below Blackbeard’s Castle with a view looking west, towards Frenchtown.

A Navy Department employee was credited with taking the winning photograph. 📷

President Roosevelt himself chose the color purple for its design.

Its unfortunate, that today, no one in the family knows what became of his stamp collection. 🔎📩 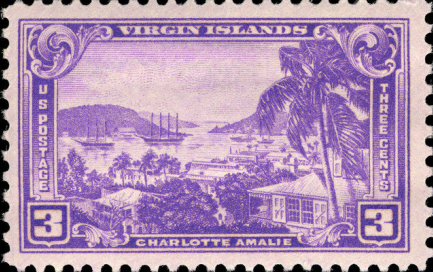