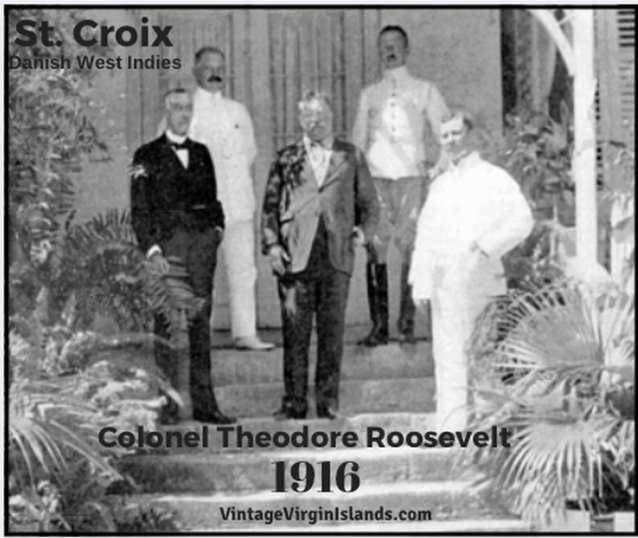 Governor Lars Christian Helweg-Larsen on left stands next to Colonel Theodore Roosevelt (wearing a suit of dark grey tweed) and Mr. R.L. Merwin with distinguished guests in the rear. Photo Source: Digital Collection at the University of the Virgin Islands. Used with permission.

Valentine’s Day was extra exciting for residents of St. Thomas and St. Croix.

Former President, Theodore Roosevelt and his wife, Edith were scheduled to arrive while on a pleasure cruise through the West Indies!

During their short stay, they attended a Carnival Party Dance held in their honor at the Grand Hotel.

It was a fun, masquerade affair enjoyed by all!

The following day they set sail for St. Croix.

The Roosevelt’s arrive in St. Croix

Eager to get a glimpse of the former president, citizens packed Strand Street to the National Bank.

At about 10:30 am when the Consular Agent, Mr. R.L. Merwin left for the wharf to greet the Colonel, the crowd eagerly surged forward. 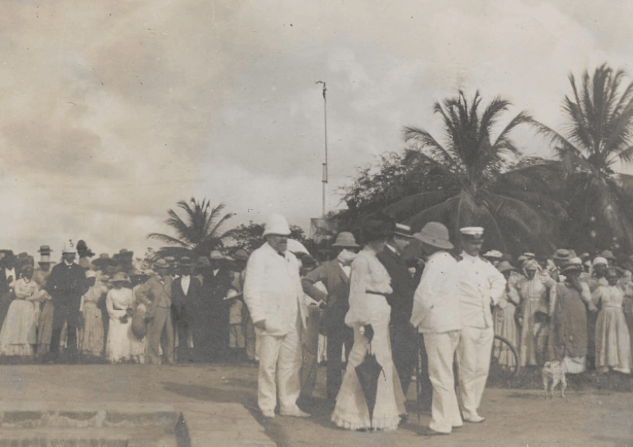 When the Colonel stepped ashore, a group of gentlemen raised their hats in salutation.

Mr. Thomas Ramsay approached, extended his hand and bade the Colonel and Mrs. Roosevelt a hearty, “Welcome to St. Croix”.

The Colonel smiled and shook his hand warmly.

“It is a pleasure to see you”, Mr. Ramsay said, to which the Colonel replied, “I thank you”.

They were taken to the Consulate’s office for a short visit, then driven to Mr. Merwin’s residence where the photo above was likely taken.

His excellency, Governor Helweg-Larsen, Director Rist and other distinguished guests accompanied them.

After refreshments, Mr. Merwin drove the vacationing couple on a tour of Salt River.

He later reported how delighted the Roosevelt’s were with the little island.

This week marks the 100th anniversary of the landing of Colonel and Mrs. Theodore Roosevelt in Frederiksted, St. Croix. 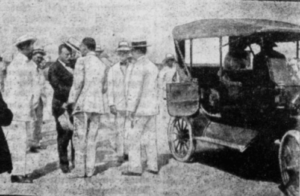 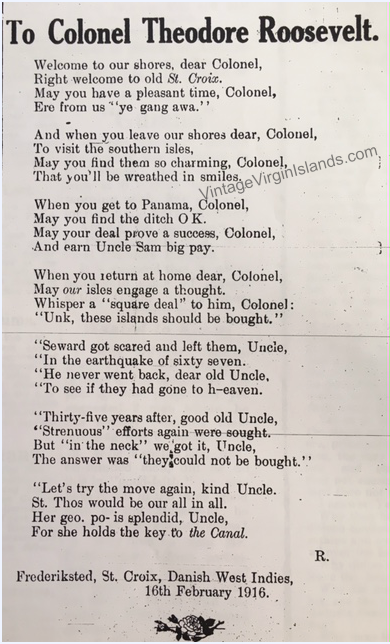