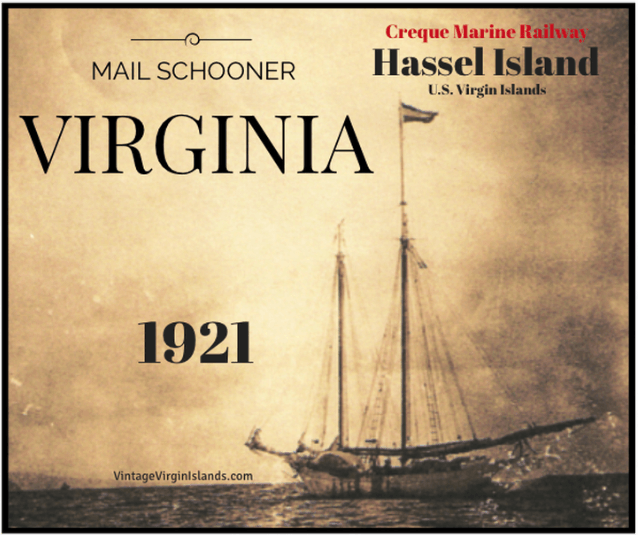 The mail schooner, Virginia was originally built in Curacao in the Dutch West Indies.

She was one of the hundreds of vessels to visit the Creque Marine Railway for service and repairs.

According to the railway’s surviving records, Virginia arrived on May 4, 1921.

Herman Creque jotted down her dimensions as he spoke with her captain. 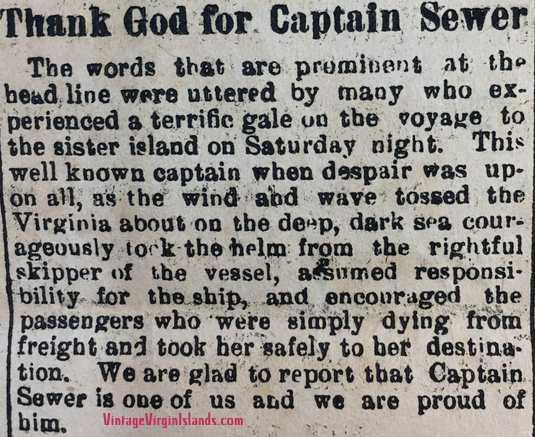 The owner of the schooner was Captain Abraham Mardenborough, a short, nicely dressed man.

He was born in Windwardside, the second largest town on the island of Saba.

During the 1920s, he had a contract with the Saban government to transport passengers and mail between the islands.

At one time, Captain Sewer was also a master of the ship.

In 1928, Virginia was the victim of a terrible gale blowing near the coast of St. Kitts.

During the height of the storm, the vessel broke free of her mooring and was lost. Fortunately, no one was on board at the time.

Those early days at the railway must have been fascinating, as captains and mariners shared their incredible sea stories.

* Many thanks to the facebook page Of Saban Descent for their background information on Captain Mardenborough and to Will Johnson for the photograph of Virginia.