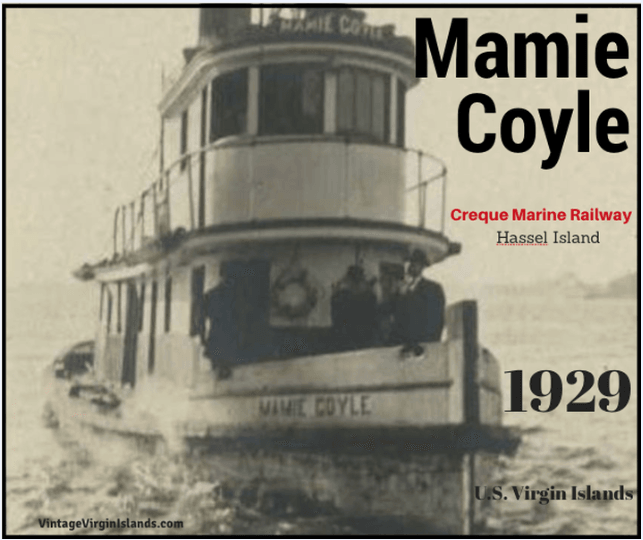 The Creque Marine Railway on Hassel Island provided hauling and marine repair services to hundreds of vessels during its ownership by the Creque family, 1910 – 1978.

One such vessel was the Mamie Coyle.

She was an American tug boat built in 1870 in Chester, Pennsylvania.

For forty-three years, she worked with coal barges in the New Orleans harbor area.

On December 9, 1929, the workmen at the slip readied the lift early in the morning for the arrival of the tug.

She was hauled up the ramp to have both the propeller and the rudder replaced.

Cleaning and scraping from the waterline down, with several coats of antifouling paint in battleship grey, brought her back to life!