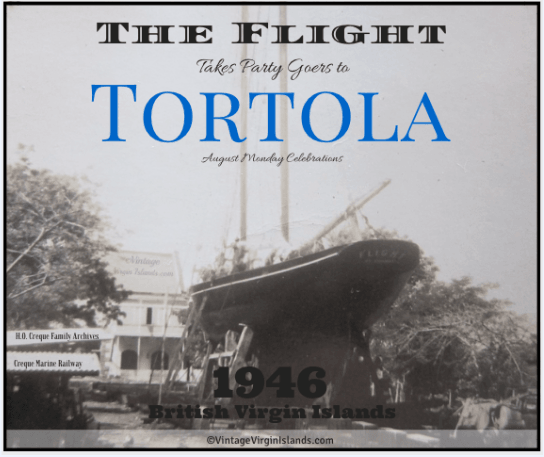 For many years members of our family enjoyed the annual August festival in Tortola!

Here is an excerpt of an article written by W. Evelyn Pickering.

Below the article is a link to the kind of music played by band, Conjuncto Tropical.

Can you imagine the party-goers dancing to this and the fun time they must have had? 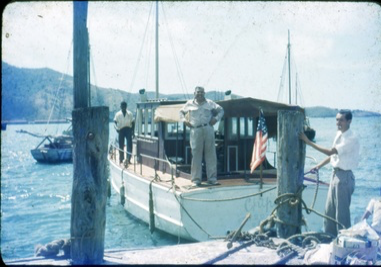 “The August Bank Holiday was a success beyond expectation!

But just before the festivities started, there was a frightful scare that it would be canceled.

As they waited for their visitors from the US Virgin Islands, a rumor circulated about St. Croix being infected with Infantile Paralysis.  This meant that any incoming boats would be under quarantine.

The band, Conjuncto Tropical, had arrived on Saturday afternoon and everyone was ready for the party to begin.

But within hours, pandemonium broke lose!

The Flight, with the St. Croix cricketers, was approaching the dock when suddenly, it was forbidden to do so due to quarantine regulations.

All was not lost as His Honor, Commissioner Cruikshank came to the rescue!

He waved the restrictions and allowed the boats in.

Thankfully, just in time, as the situation was about to turn chaotic.

On Sunday, the visitors went to church, then to the beach while some went horse-back riding.

They regaled themselves with the famous “Cane Juice” (Cana Pura).

The drink was known as the “rum without a hangover.”

The weather started out beautiful for August Monday.  The band paraded and plans for the big cricket match went forward.

What started as a light drizzle became a deluge and all thought the situation was hopeless. ⛈ 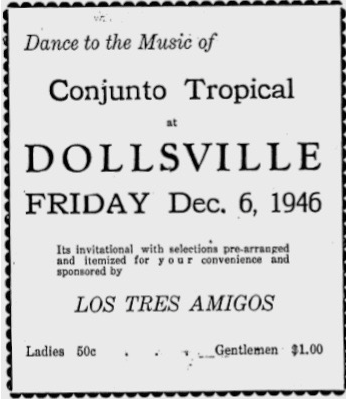 The Tortolians were at their wits end!  The Crucians were glum and taciturn.

They turned to bawl to Miss Proudfoot who was among the visitors.

She worked in the social welfare department in St. Thomas and whenever anyone had a problem, they always went to her.

About midday, the rain stopped and it was possible to start the cricket match.

Barring a little dispute about a point of law, the game was very interesting.

Crowning of the Queen

Towards the end of the game, attentions focused on the crowning of the August Queen.

The ceremony was performed by His Honor, Commissioner Cruikshank.

He placed a crown on the head of the selected queen and kissed her cheek.

In the evening, Conjunto Tropical played as everyone danced at the new Nurses’ Quarters.

On Tuesday morning some of the visitors returned to St. Thomas.

The others attended a Bazaar at Sea Cows Bay given by the St Paul’s Club.

Others enjoyed a picnic at Baugher’s Bay.

On Wednesday, the Lady Kate went to Cane Garden Bay with a boat full of celebrants.

The most popular party venue was Leonard’s Estate where the cane juice was flowing.

On Friday morning the rest of the visitors including the orchestra departed.

Tortola said to all its friends how much they enjoyed having them and sent a big Thank You to Conjunto Tropical!”