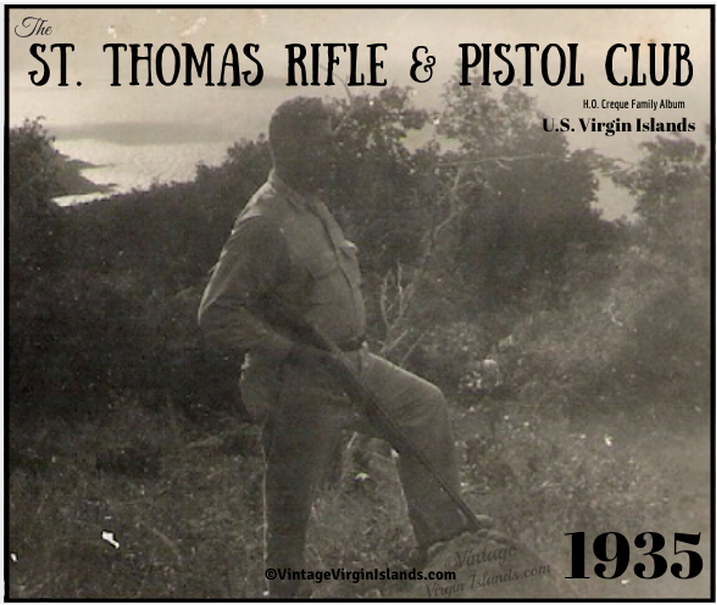 Besides classic cars, the men in our family loved target practice!

In 1935, an additional nine members joined together to form an official rifle club in St. Thomas.

Most of the men grew up hunting for deer, mountain doves, and wild goats and were very accomplished marksmen.

Together, they nicknamed their west-end shooting range, Camp Brewers and practiced as often as they could.

Mishaps at the Rifle Club

Despite their accuracy, one day one of the members missed their target and accidentally wounded Mr. de Lagarde with scatter shots in the leg and chest.

Fortunately, he recovered, and the story became a joke they often shared with each other.

There was always fierce competition among the visiting clubs.

The St. Croix Rifle Club, the U.S.M.G. team and the USCG Marion’s team competed many hours under the blistering sun to hit the bull’s eye target 25 and 50 yards away.

At different times, the winning title went back and forth among the participating teams, but everyone enjoyed those exciting displays of true sportsmanship.