The first Carnival celebrations in the Virgin Islands were joyous ones!

When former President Theodore Roosevelt visited the islands in 1916, a Carnival Ball was held in his honor at the Grand Hotel.

Thanks to Ron deLugo, a local radio personality, a revival carnival celebration took place in 1952.

It brought back all the fun and merriment, turning Carnival into one of the most exciting annual events.

In 1978, my classmate became the Carnival Queen. What a thrill!

We attended Sts. Peter and Paul High School together.

She was chosen to be the reigning queen at a lavish ceremony held at Saphire Beach Convention Center.

She captured the distinctive prize when she featured a dance titled “The year of the Horse” for her talent.

Patricia was beautiful and her sponsors were proud of her as well as all her family and school friends.

“I hope that everybody comes out and makes this carnival exciting for them and me,” she said.

The Carnival theme in 1978 was A Pageant of Beauty and Unity. 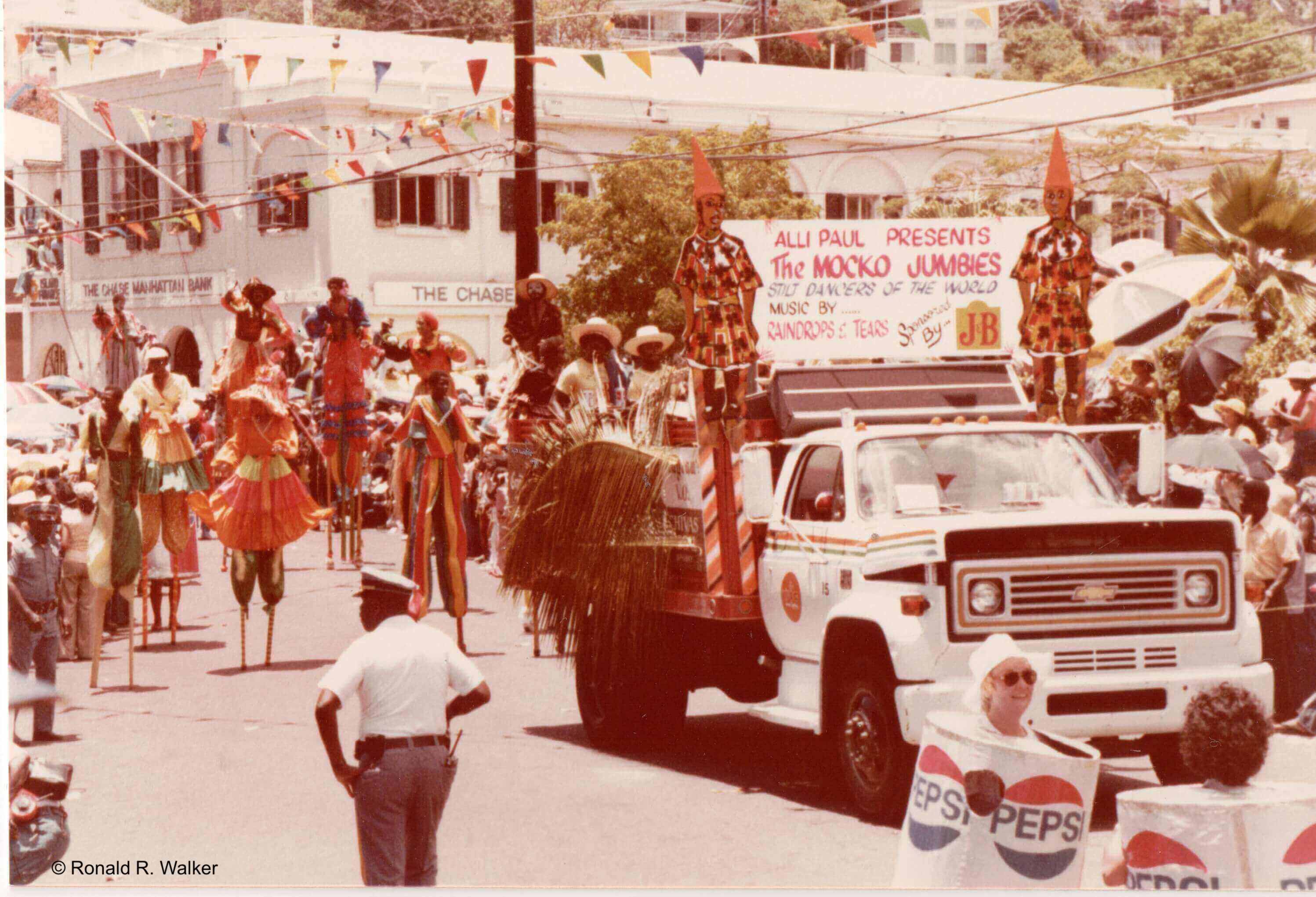 Thousands of people streamed into town to see the event!

The parade did not disappoint, Moko Jumbies dancing on their traditional stilts captivated the audience, especially the visitors to the islands who had never seen them before.

The world famous Moko Jumbie, Hugo Moolenaar danced and delighted the spectators when he lifted his leg vertically while balancing on the other.

His high energy performance was exciting to see and his smile was even brighter.

The carnival atmosphere was festive and exciting as Patricia waved to thousands of people who watched the parade.

Carnival time in the Virgin Islands is one of the best times to celebrate the history and culture of the islands through music, food, friendship and great memories.