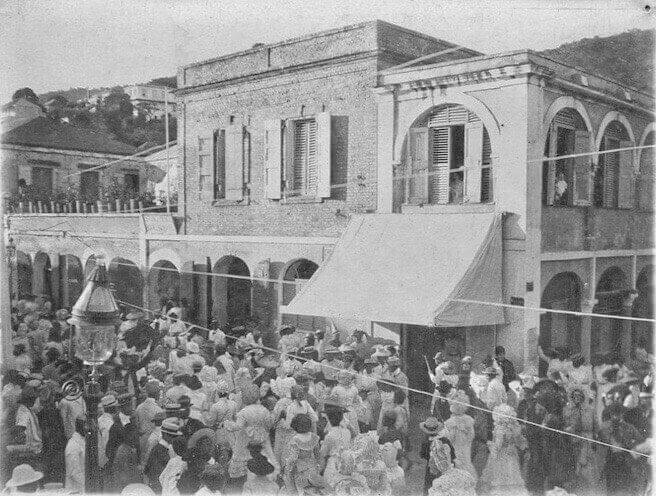 Three King’s Day had the reputation of being the happiest of the holiday seasons!

It was a half-holiday that started at noon, but the partying usually went from morning to evening.

The Meaning of Three King’s Day

For many Christians, the holiday season didn’t officially end until the 12th day of Christmas, known as the Feast of the Epiphany or Three King’s Day.

According to the Gospel of Matthew, the three wise men searched for the divine child by following a star across the desert for twelve days.

When he was found, they presented him with three symbolic gifts.

Today, that special day is honored around the world in many different ways according to one’s culture and beliefs.

In the Danish West Indies, the joyous occasion was celebrated with groups of masqueraders marching down Main Street dancing to the beat of their drum bands.

In 1905, a costume party of ladies and gentlemen dressed like the characters from a popular play called Pizarro.

With festooned hats and long dresses, they frolicked together as they made their way along the parade route.

The following year, Three King’s Day fell on a Saturday, which was deemed inconvenient for a celebration.

Interestingly, two of my merchant forefathers signed the petition which was later granted.

Horse races were the highlight for many.

They were held at Estate Thomas.

She was owned by Joe of Joe’s Cafe located on the corner across from the Grand Hotel.

All in all, the seasonal celebration provided everyone, visitors, and residents a full day of enjoyment and wonderful memories. 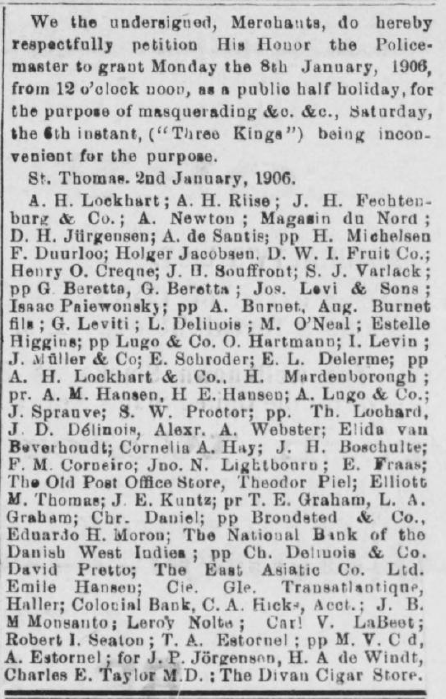