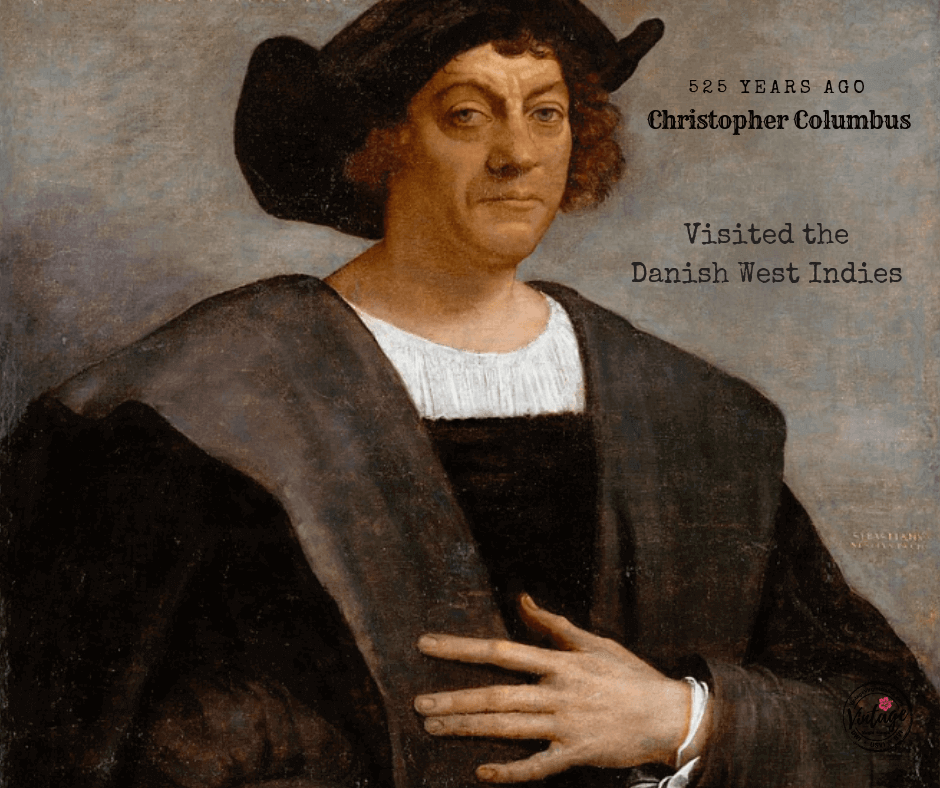 This week marks another milestone in Virgin Islands history ~  November 14, 1493

Christopher Columbus, sailing to the New World on his second voyage in 1493, dropped anchor on the north side of St. Croix.

The island’s first “visitor” took in the unspoiled tropical beauty and rolling hills of a Caribbean paradise.

The spot is known today as Salt River Bay, one of the many picturesque inlets in the US Virgin Islands.

Instead of the warm welcome home visitors receive today, Columbus’ men were repulsed by the fierce Carib Indians.

No further attempts were made to land and colonize until 1555, when the hostile Caribs were driven from St. Croix by the soldiers of King Charles V of Spain.

Columbus was so impressed with the beauty of the island chain, he christened them “Las Virgenes” in honor of St. Ursula and her 11,000 martyred virgins.

Learn more about his life at amazon.com.