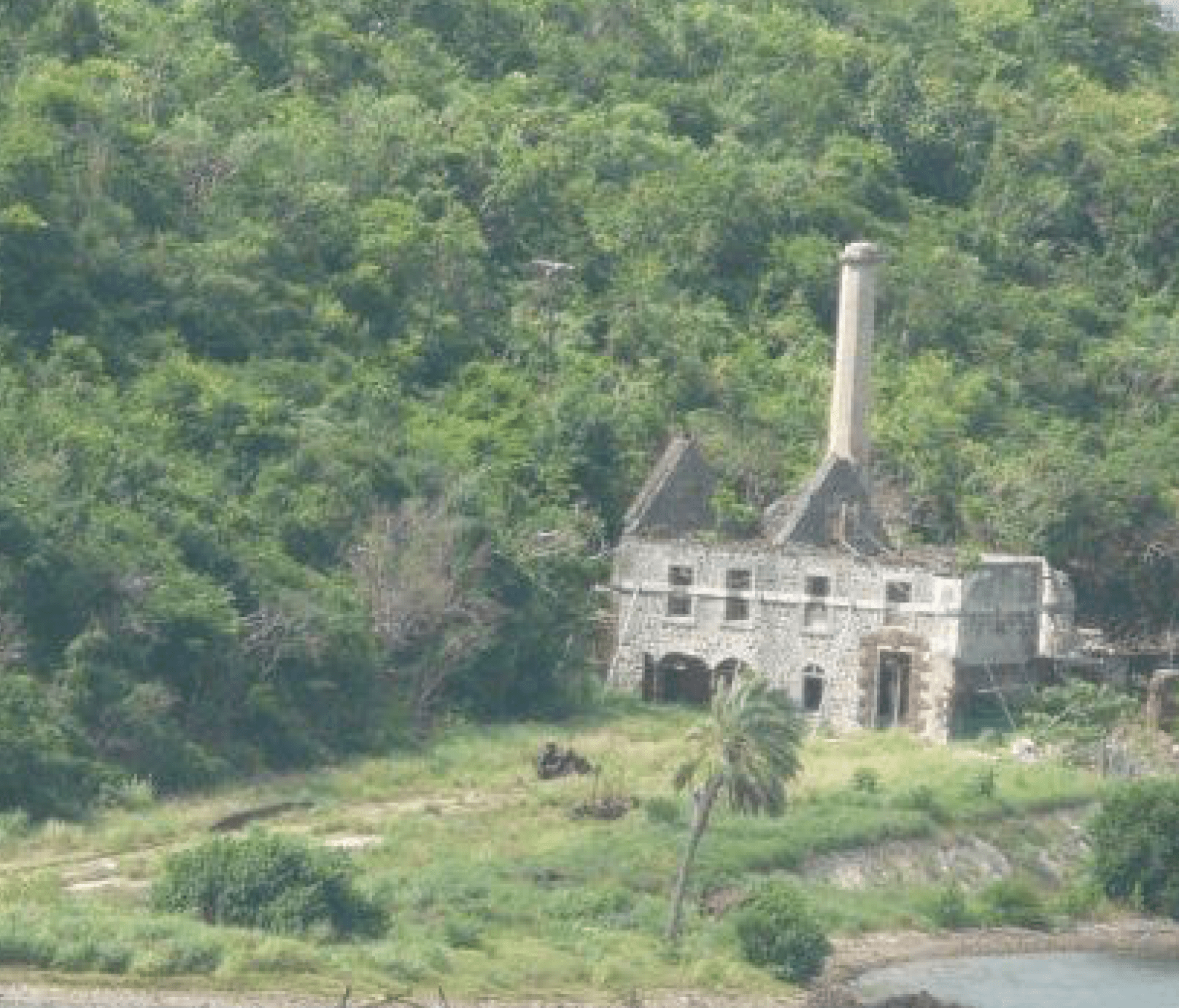 The Creque Marine Railway is a special, historic property that first became a part of our family’s holdings in 1910.

While visiting over Christmas, I had the opportunity to see what Hurricanes Irma and Maria had done.

Unfortunately, it became obvious that the building suffered significant damage.

Most of the steam tower on the southern side has collapsed.

The pitched stone wall in the center is gone leaving just one on the eastern side.

There also seems to be a large area from the western section of the building that is missing.

Over the years, there have been many storms and hurricanes that have ravaged the property, but Irma and Maria were the worst.

After all, this was their home, a place where their youngest child was born as well as one of their grandchildren.

Today, the property is in the possession of the Federal Government with the VI National Park overseeing its preservation.  It is hoped that the necessary funds can be raised to restore this extraordinary building.

When it first opened in 1844, it was considered “a gigantic structure, unknown in the West Indies, a superior piece of workmanship equal to any in the US or Great Britain.

It was acknowledged as a great public utility from the workings of which all classes of the community were participators in its good.”

Perhaps it could be a place in which visitors and the local community could once again, “participate in its good.” ⚓

I captured this video of the railway as I was passing on the ferry to St. John.

You may want to mute your audio as the ferry engines are quite loud.