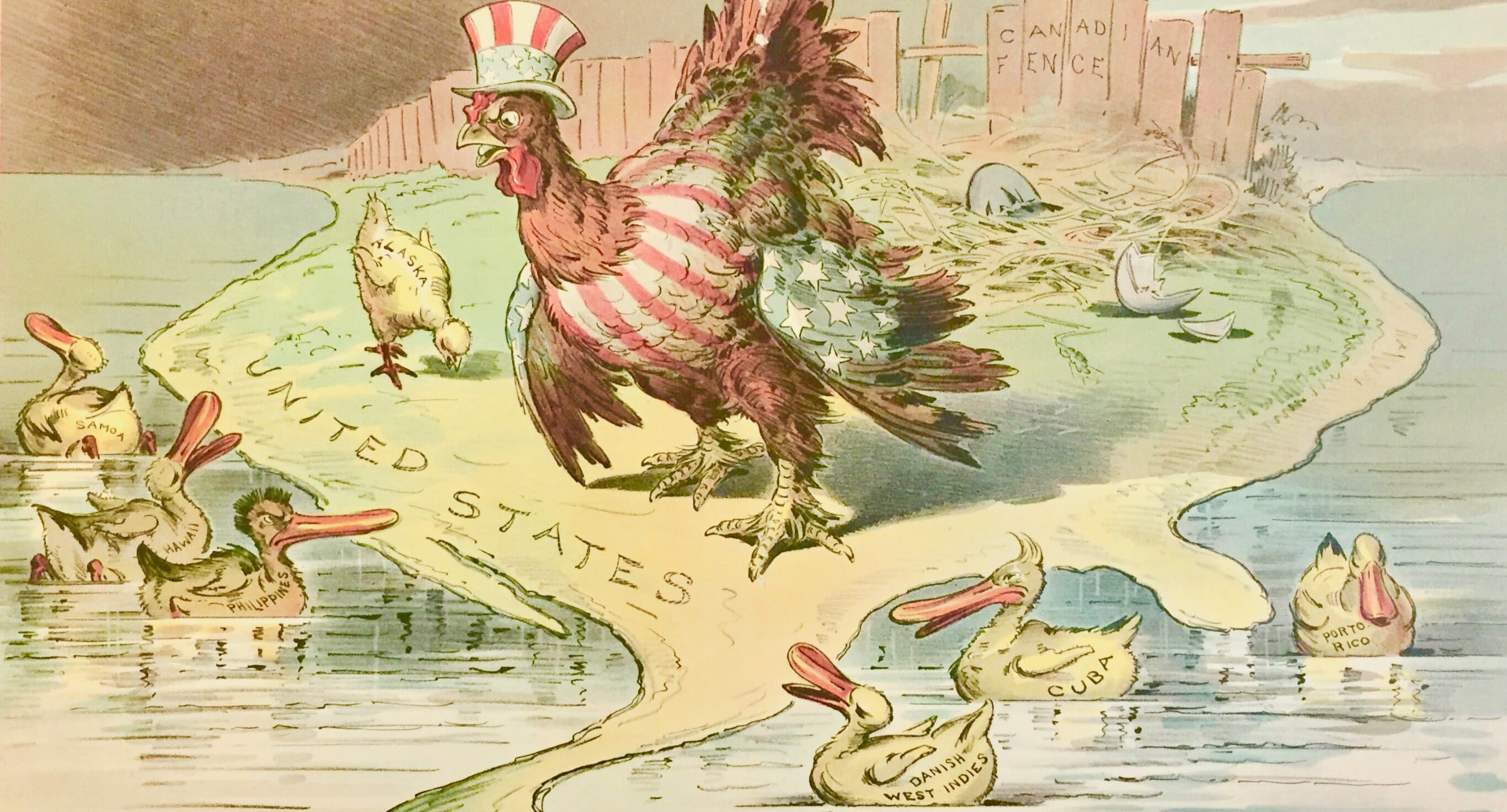 This double-page image from Judge magazine satirizes American politics in the wake of the Spanish-American War. 🇩🇰

It centers on a stare-down between the United States as a big turkey and a small duck with bristled hair and a furrowed brow, representing the Philippines.

In 1898, the Treaty of Paris gave the US control over the former Spanish colony (the Philippines ~ after paying $20 million to Spain), but the country’s revolutionaries did not easily acquiesce.

The ensuing conflict complicated the United States’ rise to world power–a status the cartoon suggests the country was not used to–by drawing its attention away from its other new ducklings: Alaska, Samoa, Hawaii, Cuba, Puerto Rico, and the Danish West Indies.

Further trouble can be seen brewing behind the “United States Old Hen,” where a breach in the “Canadian Fence” references ongoing territorial disputes between the neighboring nations brought on by the Yukon gold rush.

The is a historical print in very good condition, a worthy collectible.

Its creator, Frederick Victor Gillam (1858-1920), was a political cartoonist who emigrated from England to the US, eventually settling in Brooklyn.

He learned from his older brother, the famed cartoonist Bernhard Gillam, but developed a notable style of his own.

His best work dates from the turn of the century and addresses both national and international politics of the era.

To see additional works of his, visit amazon.com.