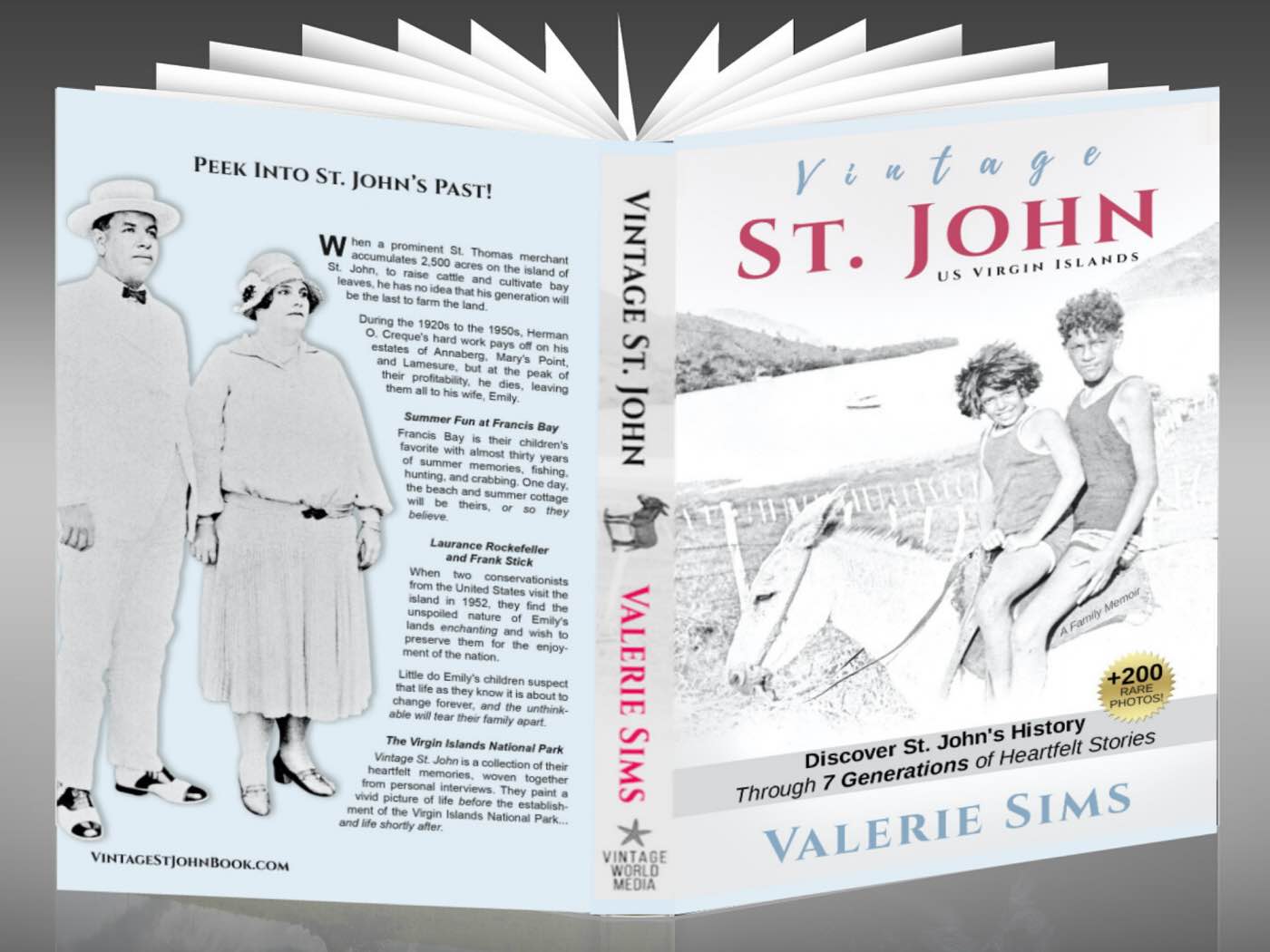 The Story Behind the Book

Friends, I don’t usually write a blog post about myself, but I wanted to share a behind-the-scenes look at my first book I recently published.

I’m absolutely thrilled by this accomplishment as you can imagine.

It’s about my family’s love for the Virgin Islands and their long and fascinating heritage.

They had a front-row seat to many of the historic events that took place and a number of their stories have been passed down from generation to generation.

As the family historian, I have enjoyed a lifetime of listening to the tales my grandparents shared about their intriguing past. 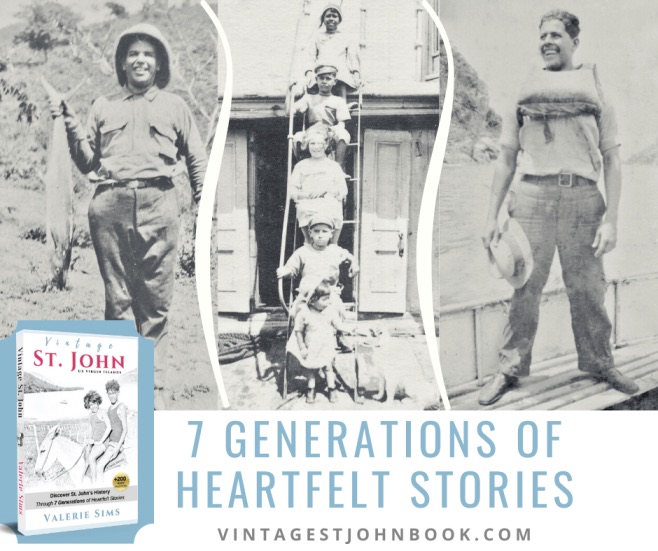 I remember as a child on an overnight stay with my grandmother, she would entertain my sister and I with ghost stories and tales of pirate treasure.

Many of the homes she grew up in were haunted and she said that on certain occasions she felt the same was true of the house my sister and I were currently living in.

Sometimes, we were scared when it was dark and the sounds of the crickets outside were louder than the TV humming in the next room.

She once taught me a prayer to say in case I ever felt a spirit’s presence in her home. Thank goodness I never did!

Needless to say, it was always an adventure staying with her, one that I’ll cherish forever.

Vintage St. John is a collection of some of those heartfelt stories she and my family shared with me all those years ago.

I was an inquisitive child, always wanting to know who was related to who and how the family came to own an alley or an island.

Sometimes, my grandmother was quite talkative and other times quite secretive. Both intrigued me!

Whenever I had the chance after school, I would stop by the Enid M. Baa Library on Main Street to double-check some of the things she told me. All the baptismal records for our Catholic Church were there on microfilm and I was always so pleasantly surprised when I stumbled on a familiar name.

Not every story my grandmother told me was corroborated at the library and I often wondered why she left someone out of the family tree.

I asked her about the siblings of my third great-grandfather once, who was born on the island of Anegada in the British Virgins.

She told me he had no siblings, that he was an only child. Many years later, I discovered that wasn’t the case. He had at least seven brothers and sisters in his family!

No family tree is complete without its secrets. 😊

Twenty years later, he purchased three estates on the island, and ever since, each of his descendants has shared a kinship with the island, recording its history for the next generation.

The family’s love for the land was a common thread throughout their history.

At one point in time, the Creque Family owned over 2,500 acres of St. John’s rolling hills and beautiful coastlines.

Raising livestock and cultivating bay leaves were the primary industries during the early twentieth century and proved to be successful for them.

They owned Mary’s Point, Francis Bay, Annaberg, and Lamesure Estate, from the 1920s to the 1950s, before they were sold and included in the new Virgin Islands National Park in 1956.

Vintage St. John shares the happy events, like the first time a royal visited the island or a famous sea explorer who kayaked his way across the Atlantic.

Other moments document the calamities, like the hurricanes and drought which had a disastrous effect on the crops.

St. John was known for its superior bay leaf cultivations back then and protecting them was of paramount importance.

Other chapters include my mother’s memories of her summertime stays at the cottage at Francis Bay during the 1940s.

She and her cousins had such fun wandering through the hillsides alone without a care in the world, just nature and its unfolding beauty to entertain them.

By 1956, all of the family lands became a part of the Virgin Islands National Park and yes, there’s an interesting story of how that came to be.

I hope you enjoy these stories and I look forward to hearing your comments and seeing your reviews on amazon.