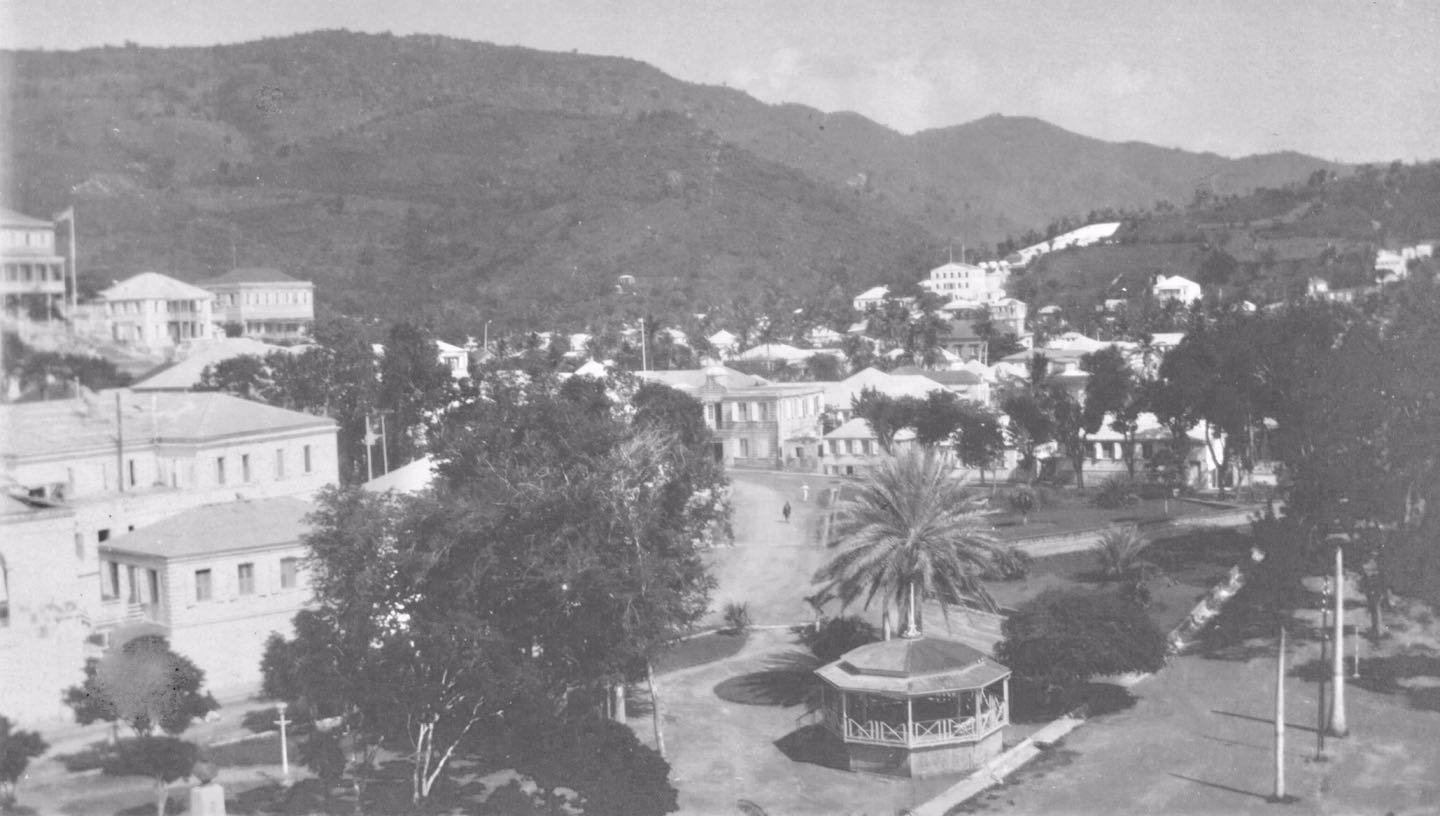 For those who are curious, the first local band to play in the Emancipation Park was the Lionel Robert’s Brass Band.

Here is the article that appeared in the St. Thomas Tidende on March 23, 1907.

“The Lionel Roberts’ Brass Band, composed of some 18 musicians, played in the Emancipation Garden last night in presence of an unusually large concourse of people.

There’s always a big turnout when bands play, but the extra rush last night was to hear “our boys”.

It is the first time a local band has occupied the band-stand, and we feel glad to be able to say that they showed off nicely and gave the utmost satisfaction.

Dressed in uniform–dark trousers, khaki coat, and black gold-laced cap the bandsmen from the moment they entered the stand attracted general attention which later turned to administration and enthusiastic applause as piece after piece of the select program was rendered.

A feature of the music was its sweet, soft harmony, which was particularly admirable in the selection, “A Trip to Chinatown“ on the execution of which the Haitian Bandmaster, Maestro Ocillius Jeanty went to the stand and complimented Bandmaster, Lionel Roberts.

The “Midnight Waltz“ and “Lubin” March were composed by Lionel Roberts.

For this fine and promising exhibition, we heartily congratulate the players and hope the appreciation shown by the public will encourage them to hold together for mutual amusement and recreation.

And especially, we wish to compliment the painstaking Bandmaster, who is practically self-taught, on his rapid progress in his musical studies and who displayed such energy and zeal in the advancement of the band.

If we have omitted other names worthy of special mention it is because space is limited, but can assure each and everyone that they have our warmest appreciation.”