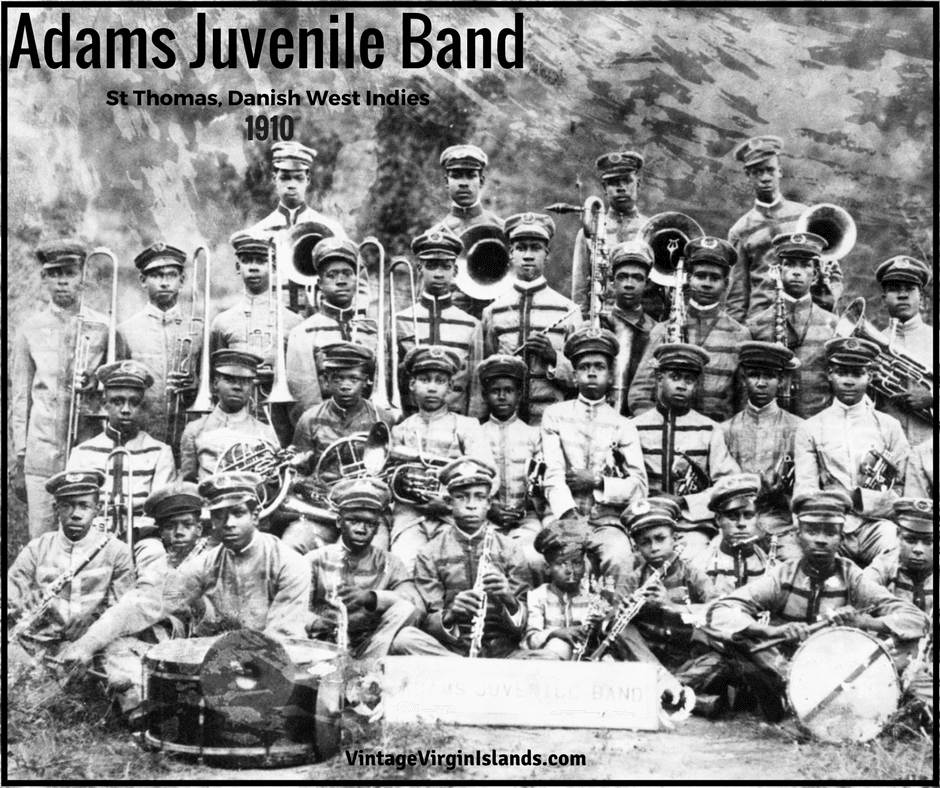 ON THIS DAY in 1910, the Adams Juvenile Band gave their first performance! 🎷🥁🎺

It took place at the All Saint’s Parish Hall, which was “crowded with enthusiastic listeners.”

Here is an article from the newspaper published in 1911.

Eighteen boys, playing mostly brass instruments acquitted themselves in a manner that won the admiration and deserving praise of all.

Before beginning the program, Bandmaster Adams asked the audience to “overlook any defects” and “not to expect too much” from the boys who had only been “training for eight months”.

However, the execution of the pieces that followed, especially the overture, far exceeded their expectations.

“If the result of a few months of practice had been so satisfactory and showed such progress and promise, then as time goes on, the improvements should develop the youths into very proficient players.”

Everyone complimented both the director and his pupils on the fine entertainment.

They hoped they would continue their leisurely hours in a pleasant and profitable study.

Although Bandmaster Adams was well known to all, the public may not be aware of his competency in music.

He received a Certificate in Harmony, Counterpoint, and Composition by correspondence from Mr. Hugh A. Clarke, a Professor of Music at the University of Pennsylvania.

Among his prized compositions was the Ingolf March. He received high grades which a notation from the Professor, “Good–No Corrections”.

His teacher was very impressed with his capacity for arranging band music for which he would later achieve international acclaim. 🎼

The National Museum of African-American History

In 2016, two of his musical instruments were included in the Smithsonian’s National Museum of African-American History.

His flute and piccolo were kindly donated by his son.

They’re preserved and on display for all to appreciate the great contributions Bandmaster Adams made to the world of music. 🎵