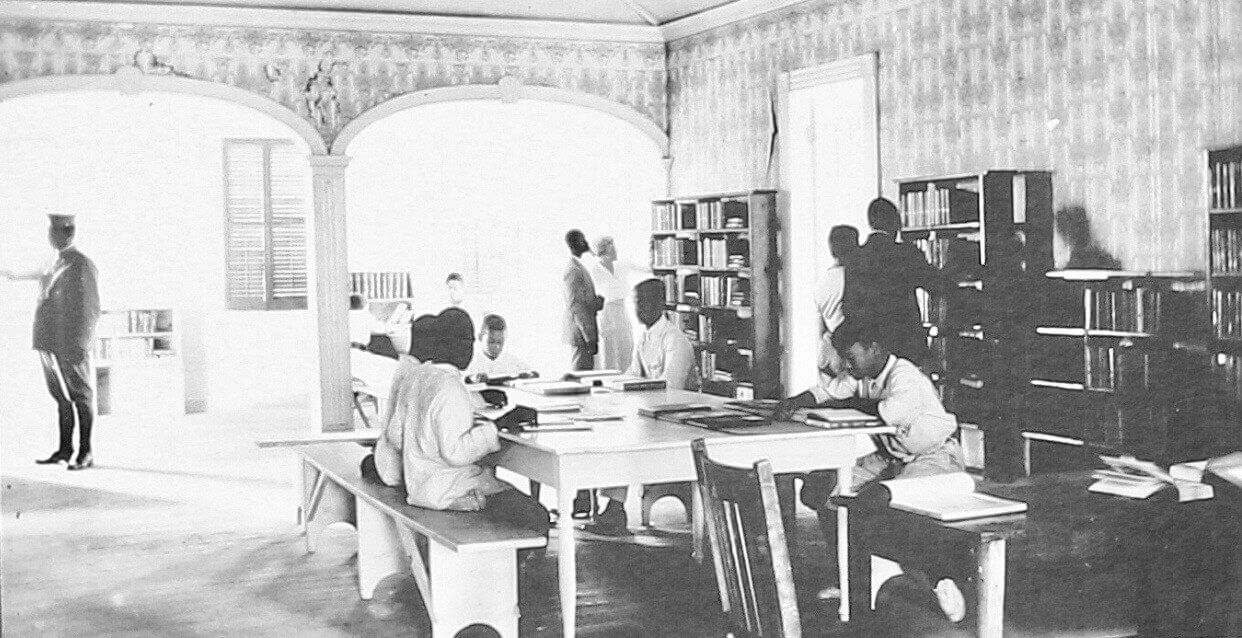 For generations, many citizens longed for a public library in the Virgin Islands!

With the generous help of the Red Cross, the first public library opened its doors on December 10, 1920.

The opening ceremony took place at the Bethany Mission House.

Afterward, the congregation walked over to the Grand Hotel (Top floor) to see the new display.

Five hundred citizens packed the hall to be a part of the public library’s grand opening!

A celebrity speaker captured the audience’s attention when she took center stage.

She was Miss Adeline B. Zachert, the Chief Librarian for the American Red Cross Society.

Miss Zachert was a woman of scholarly means, credentialed in her own right.

The forward to one of my favorite books, Heidi by Johanna Spyri was written by Miss Zachert.

The honored guest explained to the attentive audience all about the new collections.

She outlined the value of books and their potential influence upon civilization.

She also explained the four principal subdivisions that formed the new library.

There were the Reference Books: like Encyclopedias, Non-Fiction: Philosophy, History, Travel, Biographies and Literature, Fiction: like Novels and Books for young people.

She spent a lot of time discussing the books she brought with her.

Afterward, Miss Zachert thanked the assembly for their attention and concluded by expressing the hope that they would avail themselves of this opportunity to benefit themselves by using the Library.

It would be a very regrettable affair and very ungratifying to know that after such untiring and persistent efforts, it was not appreciated by the public.

This is the public library and its treasures are free to everyone!

Every man, woman, and child of St. Thomas was invited and urged to visit. 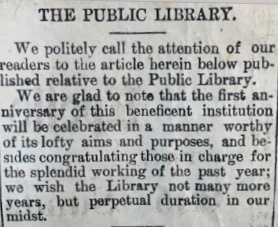 The Chairman of the Library Commission, Mr. Orville S. Kean made a few appropriate remarks and expressed a similar thought.

He reiterated the importance of using this great resource.

“If the public showed indifference, it would be a sign of unappreciation.”

He asked that everyone walk in boldly and make use of the books since there were absolutely no fees attached to them!

Throughout the year, the Commission worked tirelessly to secure books with wide appeal for the general public through gifts and purchases.

Approximately one thousand volumes were added.

In closing, they wished the library not many more years, but perpetual duration in our mist.”

Have a look at my new book about our family’s history on St. John. It includes over 200 rare photographs.