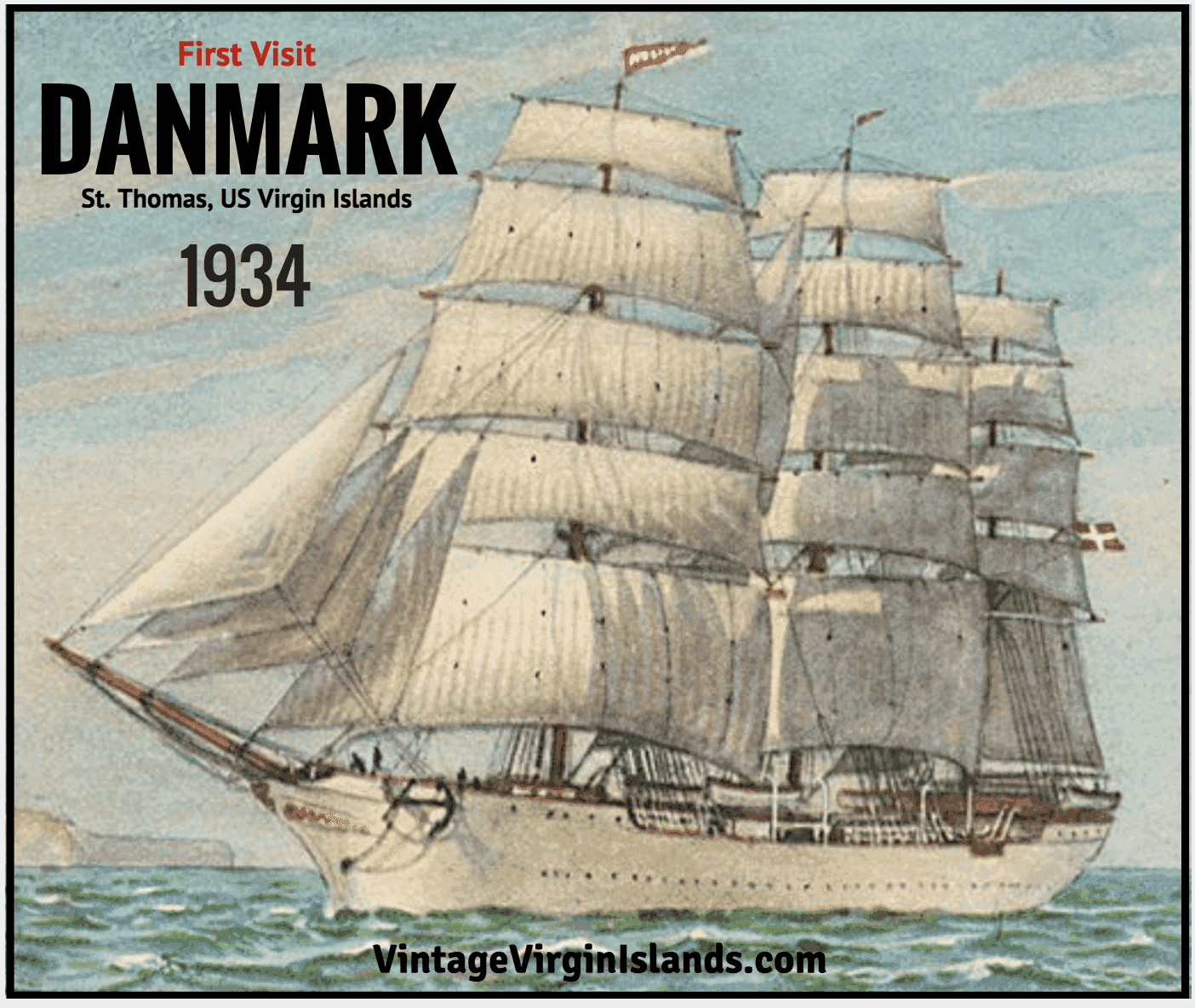 This week marks the anniversary of the first visit of the Danish Training ship, Danmark to our shores. 🇩🇰

In 1934, Virgin Islanders rolled out the red carpet for the crew and cadets when they arrived.

Gallantly entertained at the home of Consul-General Thage and Mrs. Thage, the officers enjoyed a sumptuous buffet supper.

The following day, a picnic was planned for everyone at Lindbergh Beach. ⛱

She was beautifully rigged and carried 26 sails! This gave her 17,000 square feet of sail area for optimum speed.

During the 1950s, Governor deCastro held a dinner-dance reception for the apprentices.

Our mother and her sister enjoyed their hospitality and learned a few words in Danish that they’ve never forgotten.

On March 30, 1967, the Danmark sailed from Frederiksted to St. Thomas to be a part of the island’s commemoration.

Commander Vilhelm Hansen, who was captain, teacher, and father to his cadets extended a present for Gov. Ralph M. Paiewonsky and was warmly welcomed.

Captain since May of 1963, this was his second cruise to the Virgin Islands.

Poem for the Officers & Crew

By his own endeavor, a prolific poet, Mr. JP Gimenez wrote and dedicated a new poem to welcome those from the former Mother country.

He was later rewarded with a personal cable from the King which read,

In appreciation of your poem which you dedicated to the Danish school-ship, Danmark, “Best thanks, Christian

Through the courtesy of Honorable Thage, a group of local newspapermen received invitations to visit the ship.

Our grandfather was one of the lucky few.

Commander of the vessel, Captain Ankers, sent a launch for the party and welcomed the gentlemen with an amiability that must be long remembered.

Headed by Honorable Leroy Nolte, Dean of Editors, who once managed the Danish Tidende, the scribes included:

A comprehensive tour of the ship was made under the expert guidance of the Captain and the First Mate who supplied volumes of information.

Every point of interest, from the plan of the ship to the figurehead received the utmost attention.

He was fond of witty comments and enlivened the Kings of the Quill with many jokes over a tea table where coffee, brandy and a version of Aquavit was served.

The Honorables, Leroy Nolte, and Conrad Corneiro spoke briefly, toasting to His Majesty, the ship and to old memories. 👑

Captain Ankers reminded the assembly that since Denmark had owned the islands for over two hundred fifty years, a mere sixteen or so years could not erase the feeling of affectionate regard which still pervades all classes of Danes for the onetime colonies.

He assured the group, that although loyalty to the United States was unquestioned, memories of paternal Denmark were evergreen in the hearts of the older people who knew and loved Dannebrog. 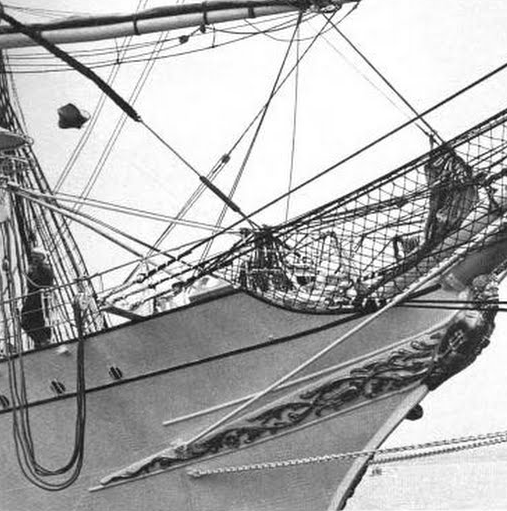 Before departing, the writers purchased cigars and postcards as farewell souvenirs. ✉ 🚬

The launch then took them around the bow of the ship to view the figurehead of Neptune with the forked trident and horn.

With a feeling of warmth, a group of cadets cheered loudly and waved good-bye as the visitors returned to King’s Wharf.

The guests replied with grateful cheers of their own.

Role in US History

Five years later, the Danmark played a significant role in the history of the United States. 🇺🇸

In 1939, when she was on a routine training mission to the US, Germany invaded Denmark.

The ship was, therefore, unable to return home.

In a kind gesture, the Captain offered President Roosevelt the use of his ship which he gladly accepted.

As a result, the Danmark was instrumental in training more than five thousand US Sailors.

When the Danmark finally returned home in 1945, the US took as a prize of war, the Horst Wessel, to train its cadets.

She was renamed the US Eagle.

Today, the Danmark is given the first position behind the US Eagle in the Parade of Tall Ships in honor of her service to the United States.

The Danmark’s first visit was a historic moment in Virgin Islands history.

It was the first official ship from Denmark to visit since the transfer of the islands to the United States in 1917.

She will grace the harbor adding a touch of nostalgia and grace during the commemoration of the US Virgin Islands Transfer Centennial. 🇩🇰 ~ 🇺🇸