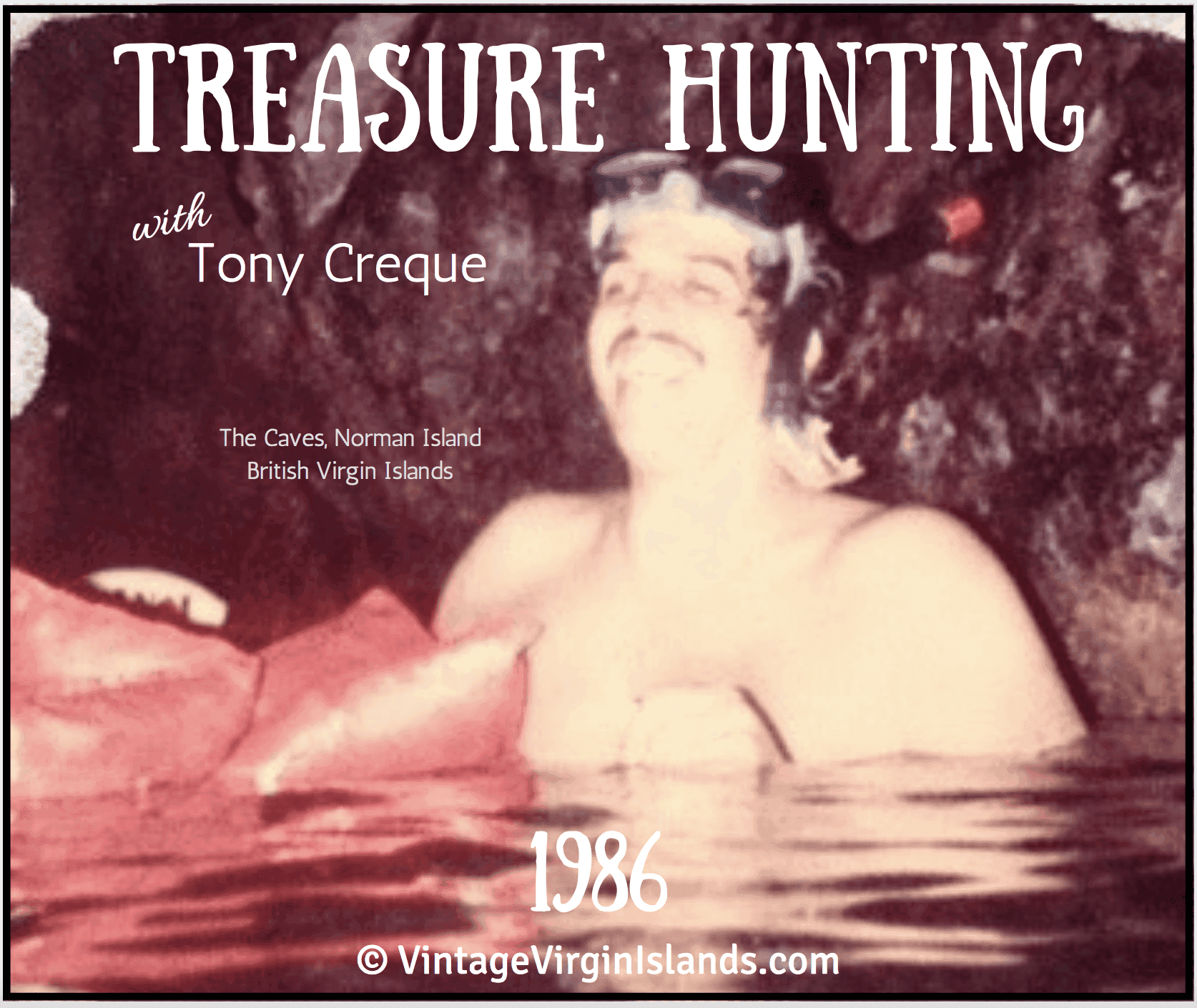 Have you ever had a family member that made you laugh just to be in their presence? 😊

For me, it was my uncle, Tony Creque.

Whenever we spent time together, we reminisced about the good ole days, often laughing and talking about the stories we heard growing up.

During an evening with friends, we chatted about the pirate’s treasure our great-great grandfather was rumored to have found in one of the caves at Norman Island.

A few authors have written about him and Tony and I wondered if there was any truth to the story.

Fascinated by our family’s history, I asked my grandmother about the treasure story. She was a walking, talking treasure-trove of information.

Sometimes she was reticent to talk about the past and other times she willingly shared wonderful anecdotes about her family life growing up.

She hesitated, then recounted this tale her father once told her.

One day, my grandfather noticed a schooner in front of the cave known as the Bat Hole. Becoming suspicious, he went to inquire, but by the time he arrived, the vessel was far in the distance.

When he entered the cave, he found the remnants of what had obviously been hidden.

There, on the cave floor, strewn between the rocks were lots of silver and gold coins!

As his eyes adjusted to the darkness, he looked up and noticed a huge black hole near the ceiling!

I asked her a million more questions, but that was all she willingly shared.

The whole adventure reminded me of Howard Carter’s discovery of King Tut’s tomb!

When Carter was asked about his great find, he said,

At first, I could see nothing, ……but as my eyes grew accustomed to the light, details of the room emerged…, ~ strange animals, statues and gold – everywhere the glint of gold!

Interestingly, Howard Carter found three chambers in the layout of the King’s tomb; the antechamber, the burial chamber, and the treasure chamber in the rear where the chests were found.

Could it be that the cave at Norman Island was laid out in a similar fashion and more pirates’ treasure awaited discovery?

It would mean that additional treasures were tucked behind a false wall at the back of the opening, a sort of treasure room behind the obvious burial chamber where the first treasure chests were found. 💰

My mind was racing with ideas!

Believing I was on to something, I made plans with Tony to explore the darkened recesses of the cave.

Before long, his motorboat was packed to the brim with plenty of supplies for a weekend adventure together!

On The Treasure Trail

After clearing customs in Tortola, reality set in.

The thought of spending the night on a tiny, cramped motorboat, bobbing on the ocean didn’t seem so appealing.

During the planning stages, I was so excited, but now, a part of me wanted to turn back and go home.

I shrugged those feelings off as Tony motored across the Sir Francis Drake Channel and into the Bight where we found a calm place to anchor. ⚓

We gathered a few water bottles, assembled the metal detector, and made our way to shore.

From there, we headed inland for a hike around the island to see what we could find before venturing to the caves.

We found ourselves a few hundred feet up a gently sloping hill when suddenly, the detector buzzed so loudly that our hearts skipped a beat!

Could we really have found buried treasure already?!!

I shoved the hand trowel into the hardened soil and began to dig.  Scoop after scoop, I hollowed through the dirt until I saw a glint of silver ten inches below the surface!

I picked up the dirt-encrusted clump and handed it to Tony.

He chipped away at it until he identified the shiny lump within. It was a shotgun casing!

On the bottom, the numbers RG L01A271 were engraved. How exciting!

I wondered about its age and how long it had been buried in the earth?

As we dug up a few more, my anticipation grew and I could hardly wait for the real big discovery yet to come!

Eager to prove my treasure theory, we made our way back to the boat and motored over to the caves.

Then without notice, Tony disappeared into the cabin and reappeared with a fishing pole and tackle box.  🎣

“What are you doing?” I asked in disbelief.

“What happened to our treasure plans?”

“Tomorrow morning we’ll look, but tonight we’ve got to eat!”

Treasure Hunting in the Caves

It was mid-morning the next day before Tony finally awoke and put our plan into action.

He tied two life jackets around each end of the 20-foot ladder he brought and dropped it over the side of the boat.

When it hit the water, it made a huge splash! We laughed uncontrollably and couldn’t stop.

Were we really doing this?  Yes, we were!!

With big smiles on our faces, we grabbed our masks and snorkels and jumped into the water.

Tony wrapped his arms around the front of the ladder and I supported the rear, then we swam towards the treasure cave that held our glittering dreams.

When we overheard several nearby snorkelers shouting to each other in Spanish and pointing at us, we chuckled hysterically!

We must have been quite a sight!  We didn’t really care though.

This was the moment we dreamt about and by sundown, we could be gazing at doubloons and pieces of eight, just as our ancestor did!  Our hearts raced even faster!

Once we neared the entrance to the cave, it took some maneuvering to get the bulky ladder inside.

We wrestled with it and knocked about as we tried to prop it up against the jagged, interior wall.

At its fullest extension, we discovered that it was too short! Despite our obvious frustration, we couldn’t stop laughing and giggling with one other.

Who would have thought the ceiling of this cave would be so high? We certainly didn’t! 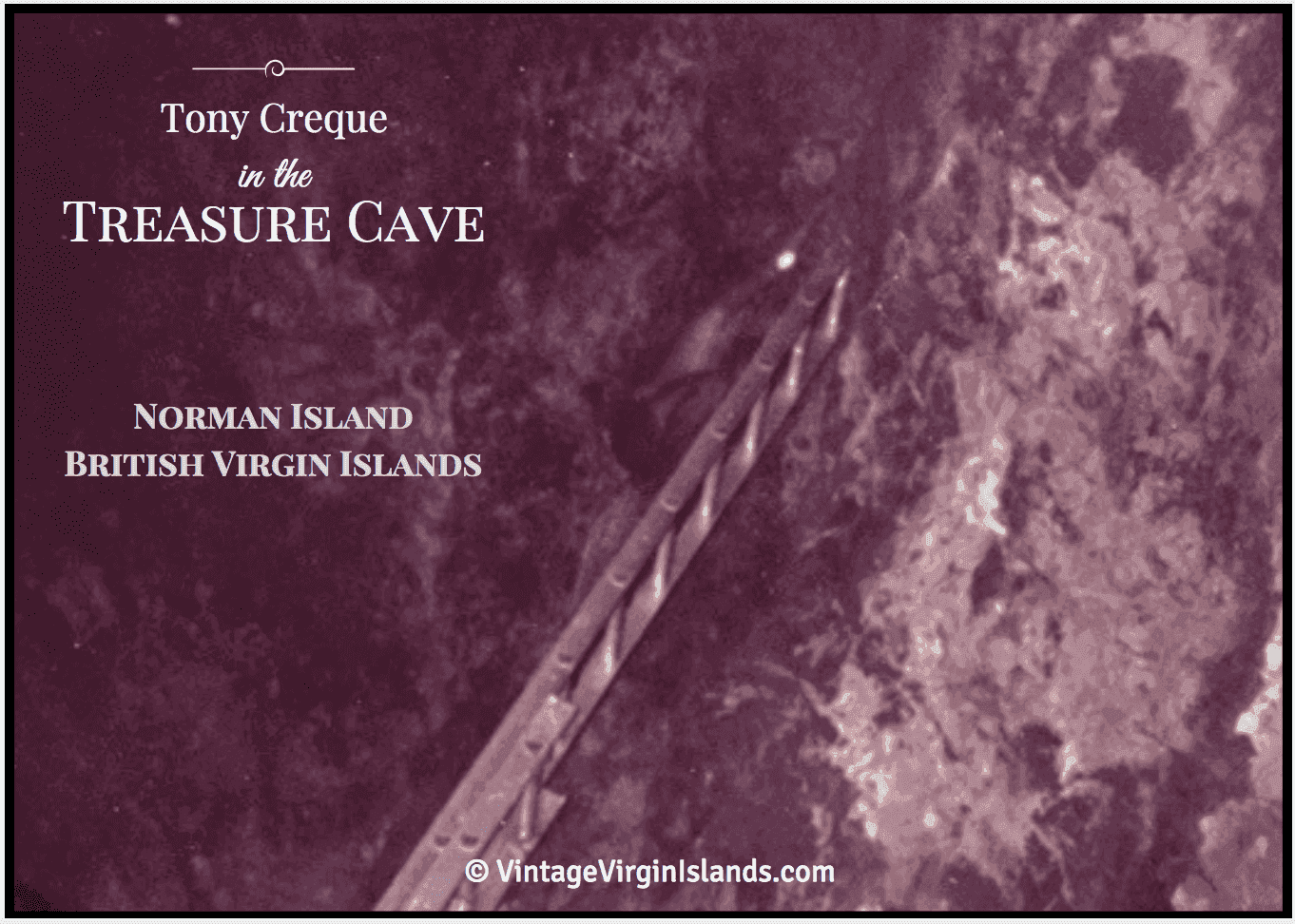 After all, the island was reputed to be the inspiration for Robert Louis Stevenson’s novel, Treasure Island. ☠

I held my breath as I watched Tony take each precarious step until he reached the top.

He scaled the slippery wall even further to reach the entrance of the opened outcrop.

Once there, he climbed on and disappeared completely from view!

Given Tony’s size, over six feet in height, I couldn’t believe the opening was that large!

Thoughts of gold and wonderful things flooded my mind as I waited for Tony to reemerge from the hidden chamber. 🗝

It felt like an eternity before he finally peered over the ledge and looked down at me.

With a big grin on his face, he held up a small, shiny, square-sized object.

“No”, he yelled, “just a flashbulb from an old Instamatic camera.” 📸

As thoughts of him resurfaced, I realized that the greatest treasure we discovered that adventurous weekend, was the time we spent together.

Laughing and sharing a mutual love for family history and pirate lore are special memories that will never be forgotten.

RIP Uncle Tony, you always made me smile. 😊

Click below to see the kind of detector I was using! 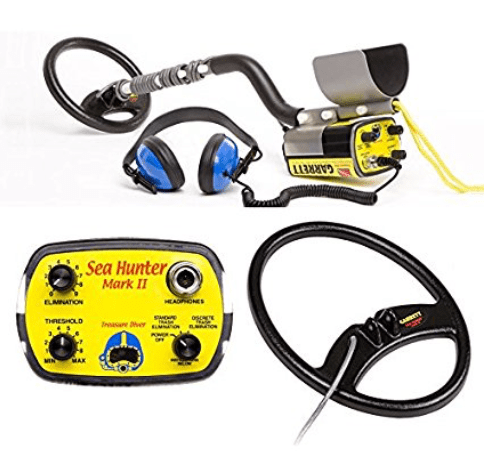 Check for availability at amazon.com