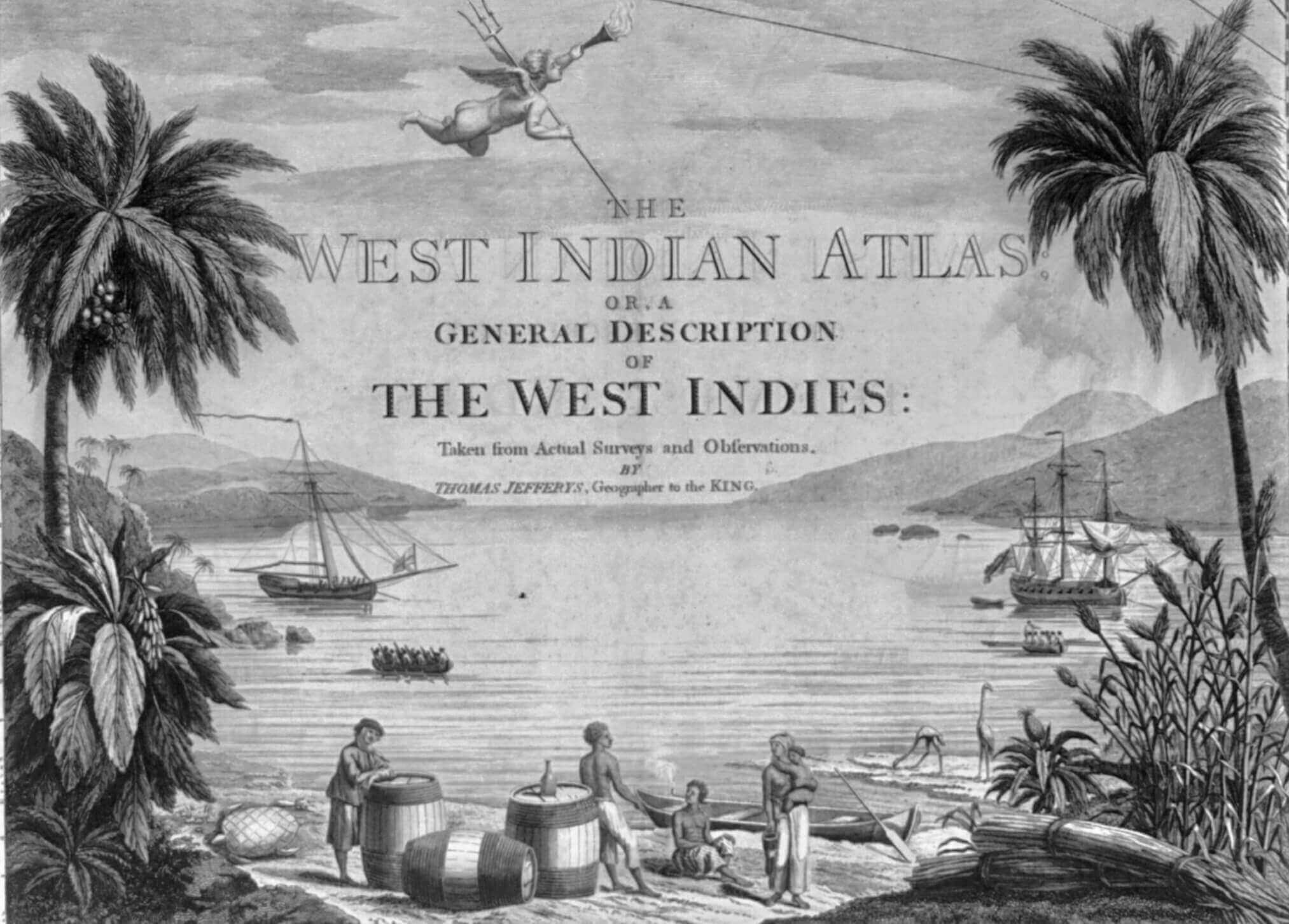 Today marks the anniversary of one of the darkest days in St. John’s history.

Below is an account of that fateful day found in a book entitled, A Historical Account of St. Thomas West India Islands by John P. Knox.

The Slave Insurrection of 1733
By John P. Knox

“A large body of slaves had recently been introduced to the islands from Africa and were still very angry by their forceful passage to a new world.

There were constant situations of disorder and rebellion by the group, which made the colonists uneasy.

These symptoms eventually erupted in an open and bloody slave insurrection in St. John on November 23, 1733.

A fort had been erected at the western end of the island, but it was very insecure from the nature of its construction and was provided with only a few cannons and twenty-five muskets.

Eight soldiers, commanded by a lieutenant and sergeant, were stationed at this miserable apology for a fortress.

Governor Gardelin had been on a visit to the island and was to leave on the following Sunday.

That was the same day the slaves planned for the insurrection.

It was the plan of the slaves, principally those of the Amina tribe, to murder the governor and all the White inhabitants, and then hold the island in their possession.

Providences Saved the Governor and Others

On Saturday, Governor Gardelin observed a large vessel passing to the South and believed it to be one of the company’s ships.

He rowed out to her in a small boat and was gladly transported to St. Thomas along with his daughter, Mrs. Soetman, the wife of Judge Soetman and her infant child.

Early on Sunday morning, a number of slaves were admitted into the fort carrying bundles of wood for the use of the soldiers.

It was their custom to do this on Saturday evening, but sometimes it was deferred until the next morning.

In the bundles of wood, the slaves had concealed their knives and cutlasses.

At a given signal, they rushed upon the soldiers and succeeded in killing them all except one, who saved himself by hiding beneath a bed. 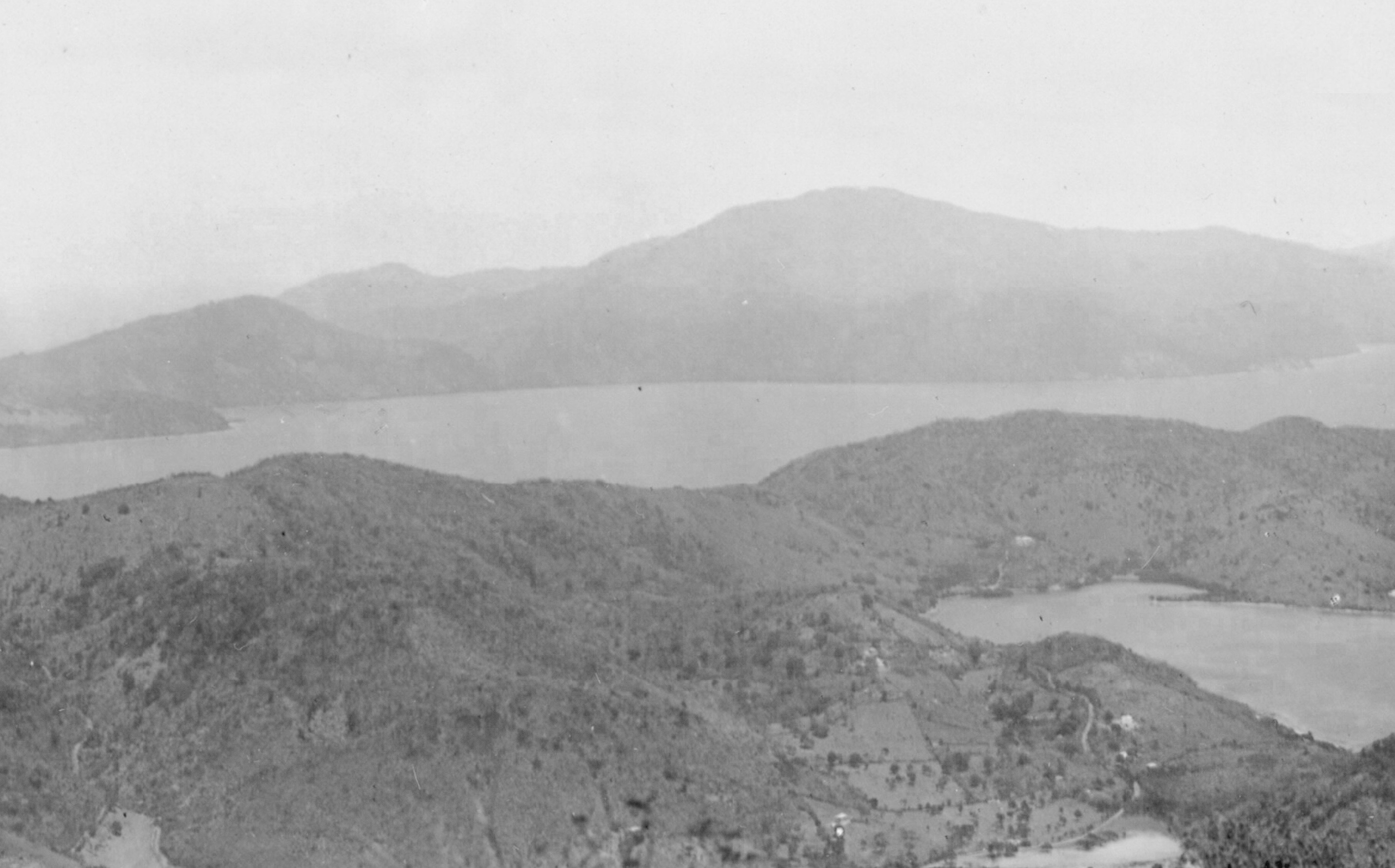 The sergeant had sprung through a window, but because he injured himself so severely, he was also murdered.

The lieutenant was absent on this particular day.

As agreed upon, the slaves, now in possession of the fort, fired two guns, which was to be the signal of their success, and for all those engaged in the conspiracy, to rise and murder the Whites.

Alarmed by the guns, and seeing the commotion among the slaves, several planters, headed by John Beverhoudt, with their families, rushed to the estate of Mr. Duurloo, now Little Cinnamon Bay; the house on this estate being on an eminence, and protected by two cannons.

The Sacrifice of Life

In the meantime, a fearful sacrifice of life was taking place on some of the estates.

Whole families were massacred in the most horrific manner.

Among these were Judge Soctman and his daughter, Mr. Kint, Mr. Beker’s children, the overseer of Mr. Moth’s property, the wife of Mr. Kruger, and twenty-five other men, women, and children.

The bloody work had been sudden and without mercy.

After murdering Judge Soctman and placing his head upon a pole, they held a council around his mutilated remains, whether they should kill his daughter, a beautiful child twelve years old.

Overwhelmed with grief at the death of her father, she entreated them to take her life also; upon which they rushed upon her, and immediately, her mangled corpse lay across that of her beloved parent.

This daughter had placed a string of beads (which she had prepared from certain seeds found on the island, with her own hands) around the neck of her little infant sister when she left her the day before.

That infant was afterward, Lady Lindberg.

At her death, which occurred when she was upwards of ninety years of age, these beads were found still suspended around her neck.

She had worn them all her life as a memorial to her murdered father and sister.

The planters who had fled to the Duurloo estate immediately despatched a boat with a letter to the governor of St. Thomas, informing him of the slave insurrection, and pleading for assistance and deliverance from their imminent peril.

The consternation and grief produced by this letter, which also stated who had been murdered, were great.

It was overwhelming to the governor, and his daughter, Mrs. Soctman who were on the island just the day before.

Vessels were at once despatched to rescue the survivors.

In the meantime, the slaves had surrounded the eminence upon which the mansion at Duurloo estate was located; and they were angry by the heroic conduct of an old Englishman who assisted the rest of the planters.

He poured down upon the conspirators, thirsting for their blood, a destructive fire from the two cannons, killing and wounding many.

This forced the slaves to withdraw to the foot of the hill and under cover of the cannon.

The planters were able to send their wives and children to St. Thomas and Tortola on board the vessels which had now arrived for their assistance.

When they arrived at St. Thomas, the excitement, and tumult there were greatly increased.

An alarm was fired from the fort, fearing that the insurrection might extend to there as well.

The garrison of ninety men got under arms, assisted by sixty sailors from vessels in the harbor, headed by Lieutenant Stibot, of the Navy.

A large East Indiaman, the vessel in which the governor had come from St. John, was also moved in closer to the town.

After this precaution, Lieutenant Taarbye, with thirty soldiers, Captain John J. Creutzer, with the young burghers, and John De Windt, with the Jager Corps, fully armed and equipped, proceeded to St. John.

Upon their arrival at Coral Bay, they at once stormed the fort and drove out the slaves.

Assistance was then despatched to the Duurloo estate, where the planters were still holding out against fearful odds.

This detachment met with obstinate resistance in attempting to reach the house.

The slaves were armed with the muskets taken from the fort, and with knives and cutlasses fastened on poles.

They were ultimately driven off to the relief of the frightened planters.

Holding possession of the fort and this house, a council was held, and it was found impossible for so small a body of troops to suppress the slave insurrection, or even dare to venture out upon the estates.

An inquiry, however, was instituted into the extent of the insurrection, and how far any of the planters were spared. Dr. Cornelius F. Bodger was the only survivor, save those who had sought refuge on the Duurloo estate.

The slaves had spared him on condition that he would attend to any who might be ultimately wounded.

It was also learned that the Creole negroes had not sided with the rest of the slaves.

The slave insurrection had first broken out on the company’s estate now called, “Estate Caroline,” and had extended to the estates of Messrs. Suhm, the former governor, Hendriksen, Soctman, and Peter Kruger, until it had spread over the whole island.

This information was derived principally from a servant of Dr. Bodger, named Christian Sout, in whom the conspirators had every confidence, but who was a friend to the Whites.

He later became very useful as a spy, and for his fidelity, received his freedom.

He was highly intelligent and singularly skillful and successful as a botanist in the use of medicinal plants found on the island.

The force sent from St. Thomas, finding themselves unable to contend against the superior number of the slaves engaged in the insurrection, returned with all the planters, leaving the slaves in possession of the whole island.

Upon their return, the royal council engaged the services of Captain Meaux of Nevis, whose vessel was lying in the harbor, and was manned by sixty men, to regain the island.

He likewise failed, after making an unsuccessful attack upon the fort at Coral Bay, in which two of his sons were killed by his side.

The bookkeeper from St. Thomas was now sent to Martinique, to seek aid from the French.

The governor of that island very promptly despatched four hundred men with their officers to Coral Bay. This force encamped near the fort, from which the negroes fled at their approach.

They were joined by all the available force from St. Thomas and the former planters of St. John.

By sending out detachments in different directions along the north and south sides of the island, and driving the insurgents before them, they forced them to concentrate on the northeast side.

Here, they were surrounded by the troops.

Finding all chance of escape cut off, they first held a feast, and rather than fall into the hands of those from whom they could only look for the most severe and merited punishment, they resolved upon self-destruction.

Three hundred were, after a few days from the time that they were surrounded, found lying dead at Brim’s Bay, now “Annaberg.”

Seven others were also discovered in a ravine, a short distance off, who appeared to have been the leaders in the slave insurrection, who had shot each other.

Jumping To Their Deaths

Seven guns broken to pieces, save one, were found lying by their sides.

Tradition reports that the three hundred had cast themselves from a high precipice on the rocks above.

The historian, Mr. Host, says they were shot and were found lying in a circle. A few had been taken, prisoners.

Two of these had been summarily executed in St. John, and twenty-six in St. Thomas, some of the latter having been made to undergo the severest torture.

The insurrection was thus suppressed, and the island recovered after it had been in possession of the insurgents for six months.

Of the estates, on forty-four, the buildings were all destroyed, whilst on forty-eight, they had been preserved.

The governor’s estate had suffered the most.

Many planters were of course ruined, and those who found themselves involved in debt retired to Tortola.

The expense to the government in quelling the slave insurrection amounted to 7,905 rix-dollars, besides what was owed to the French officers.

The government in St. Thomas later proposed to the planters of St. John to pay one-third of the expense, which it had incurred in quelling the insurrection.

They refused on the ground that the slave insurrection had commenced on the company’s estate, where the greater number of the Amina tribe were laborers.

They felt that the fort had been left in too insecure a condition, and the force stationed there too small, considering the danger to which they had been exposed.

The melancholy events of this year were long remembered by the inhabitants, and what made it even more painfully memorable, was the famine and disease that killed countless more souls.”

In 1999, the Legislature of the US Virgin Islands declared November 23, as Freedom Fighter’s Day in honor of those who rebelled and fought for their freedom.